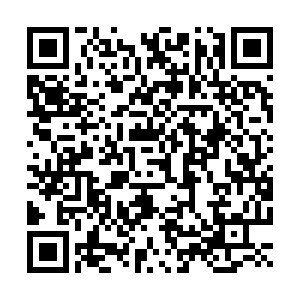 At their first face-to-face meeting since Biden took office in January, the U.S. president said his country remains firmly committed to Ukraine's sovereignty and territorial integrity and the support for Ukraine's Euro-Atlantic aspirations.

Zelensky's visit to Washington comes after a standoff between Ukraine and Russia along their border earlier this year. The two countries have been at odds since Crimea's incorporation into Russia and the escalation of hostilities in eastern Ukraine in 2014

Biden announced an additional $60 million in security assistance to Ukraine and the creation of a new strategic defense framework, as well as an energy and climate dialogue.

Zelensky said at the beginning of their meeting that he expected to discuss the security situation in Crimea and Donbas region in eastern Ukraine, the Nord Stream 2 gas pipeline project and "Ukraine's chances to join NATO" (the North Atlantic Treaty Organization).

Crimea was incorporated into Russia in March 2014, following a popular referendum, which Ukraine and the West never recognized.

The ongoing conflict in eastern Ukraine, which began in April 2014, has claimed some 14,000 lives and left as many as 40,000 wounded. Kiev blamed Moscow for inciting the conflict. However, Russia has denied the charges, saying the accusations are groundless. 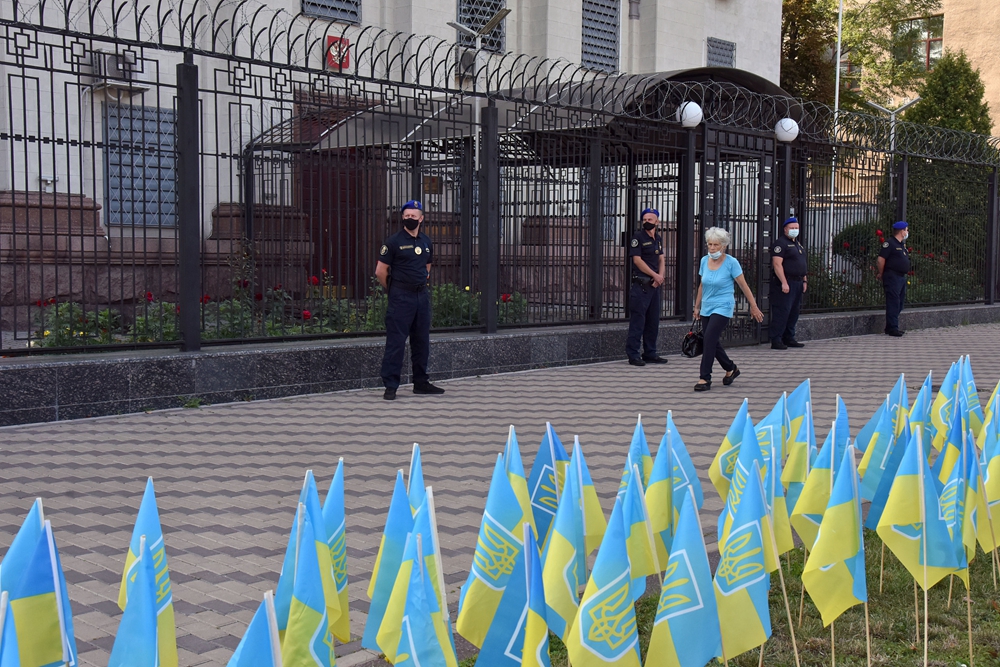 Miniature flags of Ukraine featuring the tryzub, the main element of Ukraine's coat of arms, are placed outside the Russian Embassy on the National Flag Day of Ukraine in Kiev, August 23, 2021. /CFP

Miniature flags of Ukraine featuring the tryzub, the main element of Ukraine's coat of arms, are placed outside the Russian Embassy on the National Flag Day of Ukraine in Kiev, August 23, 2021. /CFP

The $60 million security package included Javelin anti-armor systems and "other defensive lethal and non-lethal capabilities," according to a U.S-Ukraine joint statement.

The meeting between the two leaders was initially scheduled for Monday but was delayed because the Biden administration was focused on the withdrawal from Afghanistan.

The visit comes at a time of growing concerns in Kiev about its relations with Washington. Before the visit, Zelensky expressed his frustration with Western allies' hesitancy to greenlight Ukraine's accession to NATO in an interview with The Washington Post and other media outlets.

Zelensky has been critical of America's weakening opposition to the Nord Stream 2 gas pipeline, which will transport Russian gas to Germany. Ukraine sees the project as a security threat.

Despite the longtime opposition, the Biden administration reached a deal with Germany that allowed the completion of the pipeline project. Berlin agreed to support Ukraine to strengthen its energy sector and act against Russia if it weaponizes the energy.