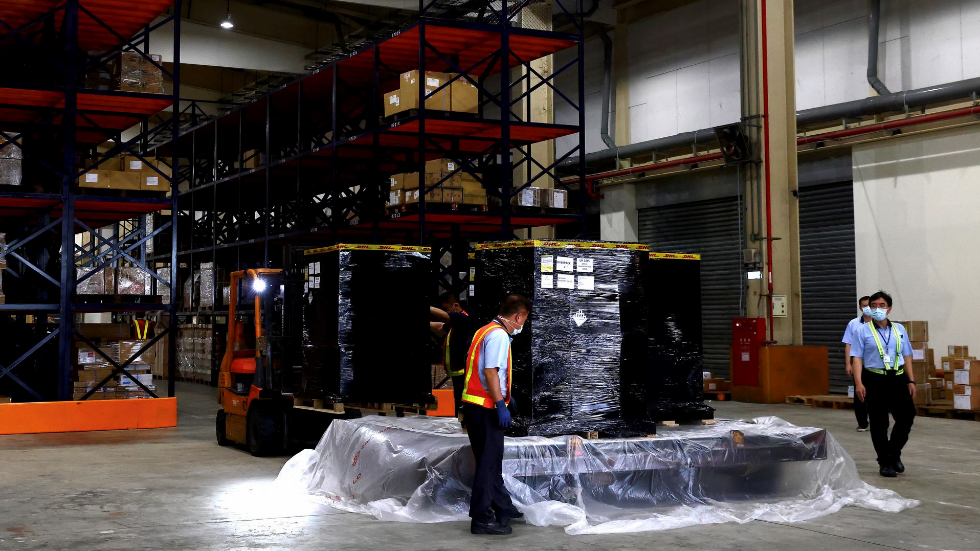 The first batch of the COVID-19 mRNA vaccines provided by Shanghai-based Fosun Pharma arrived in Taipei in China's Taiwan region on Thursday morning.

The company said 932,000 doses of the vaccine were dispatched from Luxembourg Airport on Wednesday afternoon. The cargo flight carrying the made-in-Germany vaccines landed at Taiwan's main international airport at Taoyuan, outside of Taipei, at 7 a.m. were met on the tarmac by the head of Taiwan's health authorities Chen Shih-chung and Sophie Chang, the TSMC Charity Foundation's chairwoman and high-profile billionaire Terry Gou's cousin, according to Reuters.

The vaccine rollout is expected to start in mid-September as the vaccines need to be tested and approved by local food and drug authorities first. Young people between the ages of 12 to 22 will be the target group to receive the vaccine. The second batch of 910,000 shots of the vaccine provided by Fosun will be sent in a week.

The deal was finally reached after months of stagnation, as Taiwan authority had insisted on purchasing vaccines from BioNTech directly rather than from Shanghai's Fosun.