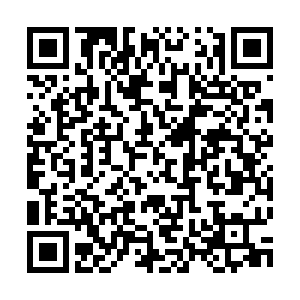 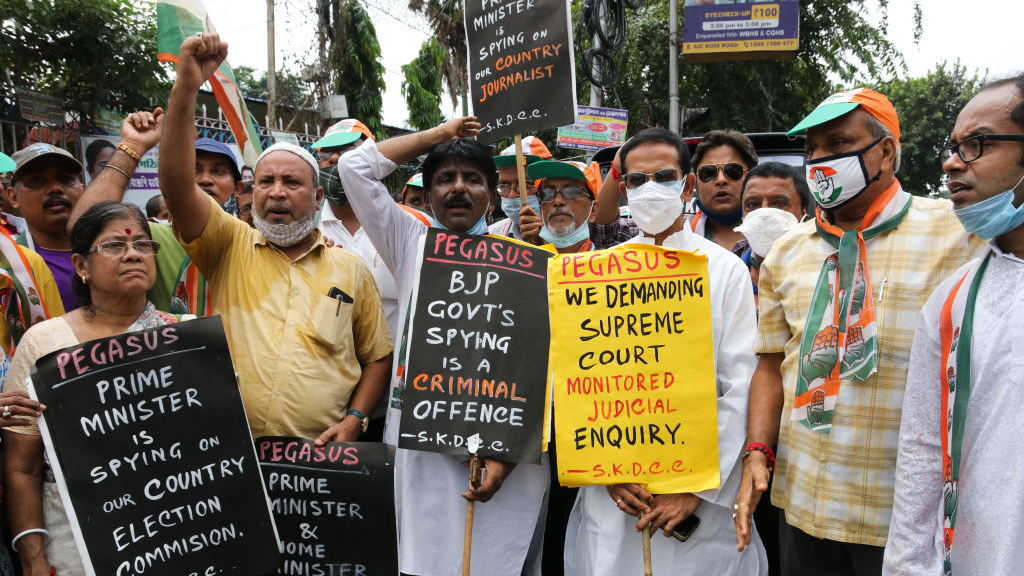 It was as if the sky has falling. One would have thought the nation was at war, or that a highly devastating COVID-19 wave, or a massive famine, or a colossal state-led suppression of an epic peoples revolution was underway in India.

The prime minister has committed "treason," announced the main opposition party. "A blot on Indian democracy," blasted another. The government "is happy to go further than the worst state excesses of the past," barked a digital news outlet. "A state attack on democracy," shouted a journalist collective. The event "has great implications for our institutions," brayed a prominent academician.

Much ado about … spying?

Forbidden Stories, a non-profit organization based in France, somehow got access to a database of more than 50,000 phone numbers (of which more than 1,000 were from India), believed to belong to individuals identified as "people of interest" by the NSO Group's clients. Amnesty International, a shady firm that Western media love citing, examined some of the phones and discovered traces of Pegasus in many of them.

At least 24 governments had been infected with Pegasus and an additional 13 had been targeted. The Indian government is accused of using the tool to hack the phones of journalists, human rights activists, opposition leaders and politicians.

This is not who we are

Indian media pundits and intellectuals are livid. The scandal is considered a serious affront to Indian "democracy" and a challenge for India's "rule of law" and "independent judiciary." Such useless clichés are common in media coverage in the country, where little else but the scandal was discussed for weeks.

Of course, the scandal was indeed an affront to freedom and privacy and it was serious business. The government has a lot to answer for. The Indian government illegally spying on its own people is serious.

But is it existential? Is it really the extreme, urgent, and highly important matter of concern for the average Indian that it is portrayed as? Indian media and pundits describe it as some sort of grave national security threat that, if left unresolved, would plunge the nation into unprecedented, unparalleled, overwhelming chaos never seen before in the nation's history.

Priorities matter. Indian media are proud of the "freedom" to report what they want. Yet, the amount of attention they have given to the Pegasus revelations – at the cost of far more important matters concerning the nation – reveals more about the media covering the scandal than the scandal itself.

The power of priorities

India has made significant strides in the last few decades. Yet, the country is home to the world's largest population of hungry people. According to Global Hunger Index, a sixth of the population is malnourished. One in three of the world's malnourished children live in India. A third of all children under the age of five show signs of stunting. Recently, India was ranked 94th out of 107 nations. 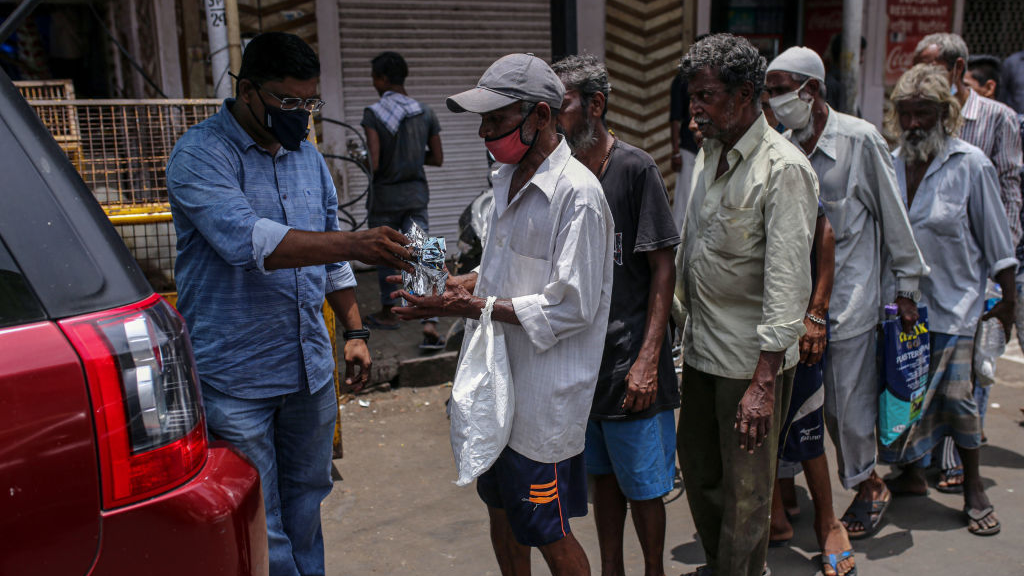 A volunteer for Khana Chahiye, or Want Food collective, distributes free food packs on the street to those in need in Mumbai, India, July 7, 2021. /Getty

A volunteer for Khana Chahiye, or Want Food collective, distributes free food packs on the street to those in need in Mumbai, India, July 7, 2021. /Getty

To all these issues, the Indian "free" press responds with more or less a collective yawn – compared to their excessive, disproportionate ramblings on issues of "free speech" and "democracy." They will publish a token article or two and interview a few experts occasionally when news breaks – and the next day, forget about it and move on to the next story. There is little of the collective outrage that the same media and intellectuals display about the Pegasus scandal.

Indian pundits love citing cheap, half-baked Western studies to prove India's "democratic backsliding." Yet, the same people utter barely a peep about hunger and malnutrition (while there are notable exceptions, they are often drowned out).

For all the talk of "holding the powerful accountable," it seems the Indian press is only outraged when India's "democratic values" – real or imagined – are under threat, not when the people's right to food is in peril.

None of this means that the Pegasus scandal is not important, or that the Indian media doesn't cover poverty and related issues at all. The issue is one of relative priorities, not of absolute coverage.

Yet, free speech cannot feed stomachs. There is something deeply sick about a polity that is so moved and concerned at the plight of a celebrity editor's hacked phone, but cannot bring itself to show the same concern for people suffering from hunger and malnutrition. Like all sick bourgeois media anywhere in the world, the Indian variant is only looking out for itself.