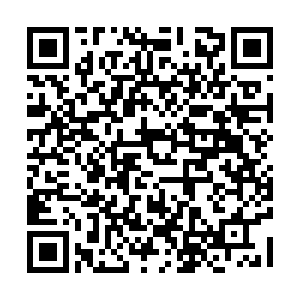 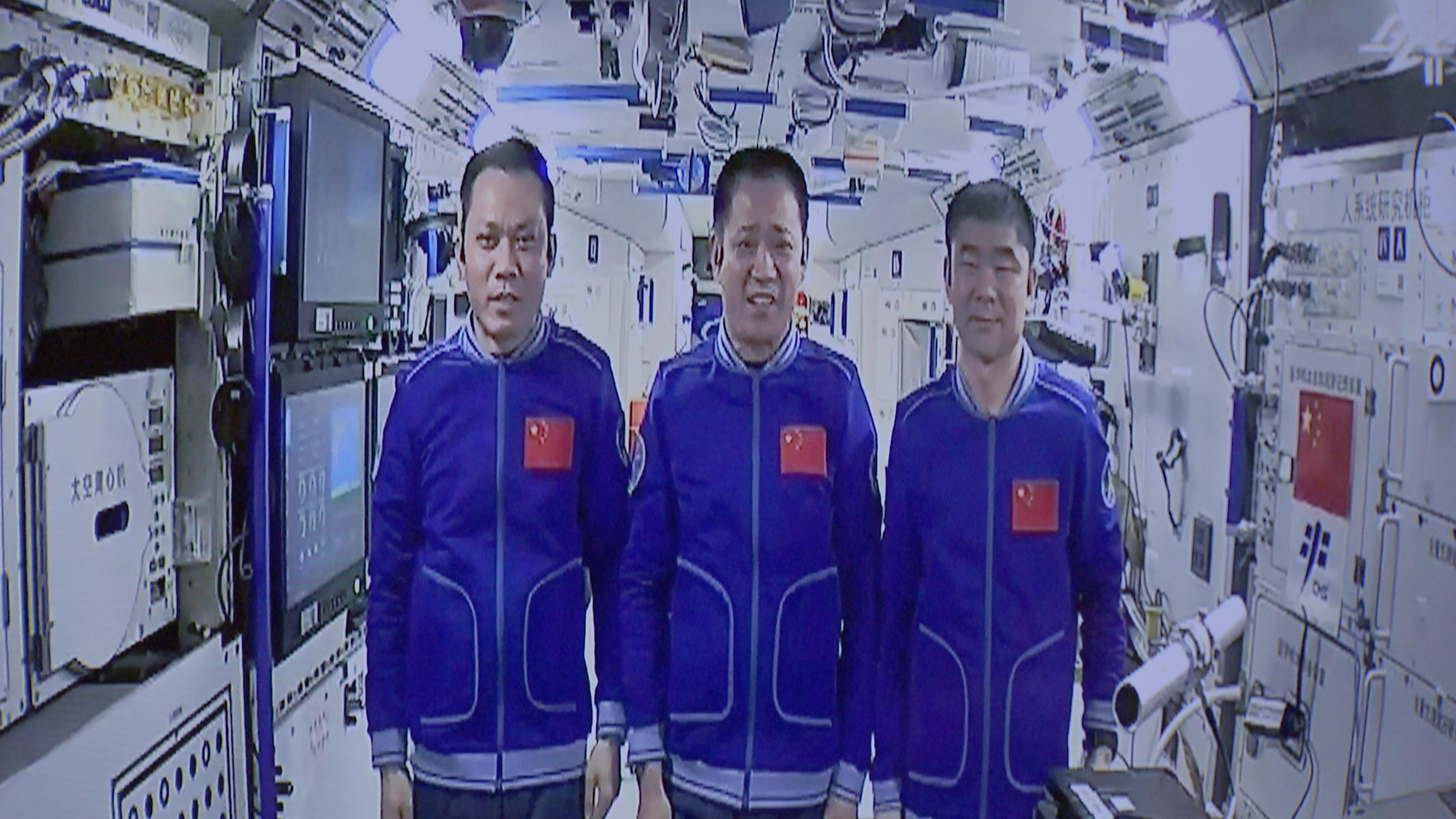 Youths from China's Hong Kong Special Administrative Region (HKSAR) had a real-time Earth-to-space interaction with the three taikonauts onboard the China Space Station on Friday.

Nearly 300 science researchers, lecturers and students in Hong Kong participated in the event at the Hong Kong Exhibition and Convention Center.

The Shenzhou-12 crew shared their first-hand experience and space knowledge such as how to conduct experiments in a weightless environment and how to exercise and drink in space.

Taikonaut Liu Boming acted as a "tour guide" of the interior of the space station's core module.

He first introduced conducting experiments, for control and monitoring and the life support system. He floated sideways to the next section, carefully changing his feet into different hoops to stand upright.

Then he picked up a mobile camera and floated toward the dining area, where such staple food as rice and noodle, and food heater and a mini-size fridge are stored. Liu opened the fridge, took out a bag of yogurt and an apple, which he then showed to his audience via the camera. He said "The yogurt is so good! And the apple, it's too precious to eat in space."

Then he moved to the specially-designed sleeping area where he showed a photo of his family on the wall.

The audience on the ground applauded as Liu's camera displayed a blue planet in bright light when he put it in front of the window of the module. 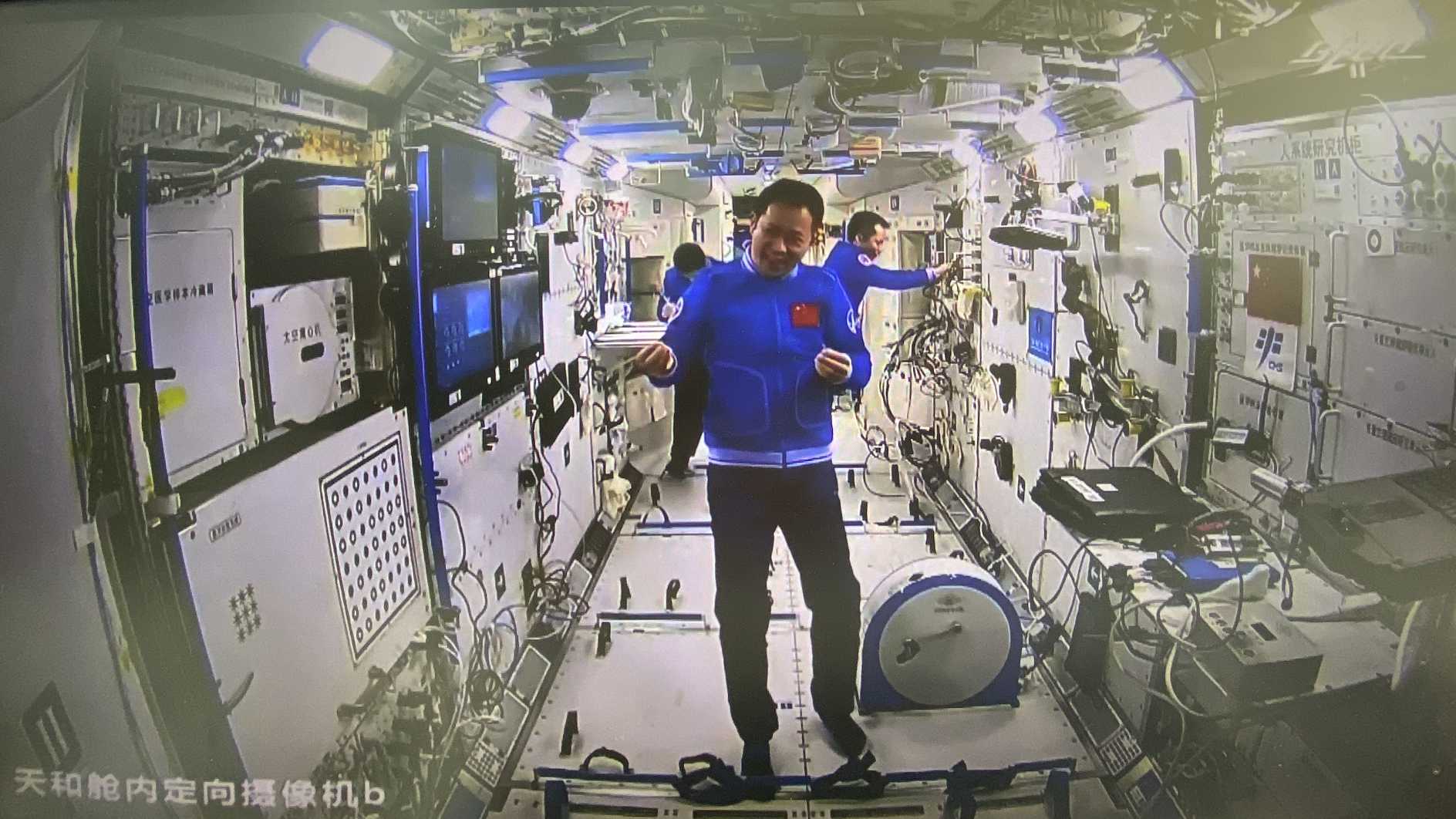 Some students asked about the criteria to become an astronaut and what's the proudest moment of an astronaut's career.

Huang Weifen, chief designer of the astronaut system for China's manned space project, elaborated on the question, saying that to be an astronaut one needs to pass a series of physical criteria and train for years. The candidates will also face mountains of challenges that require a strong body and mind and wisdom. 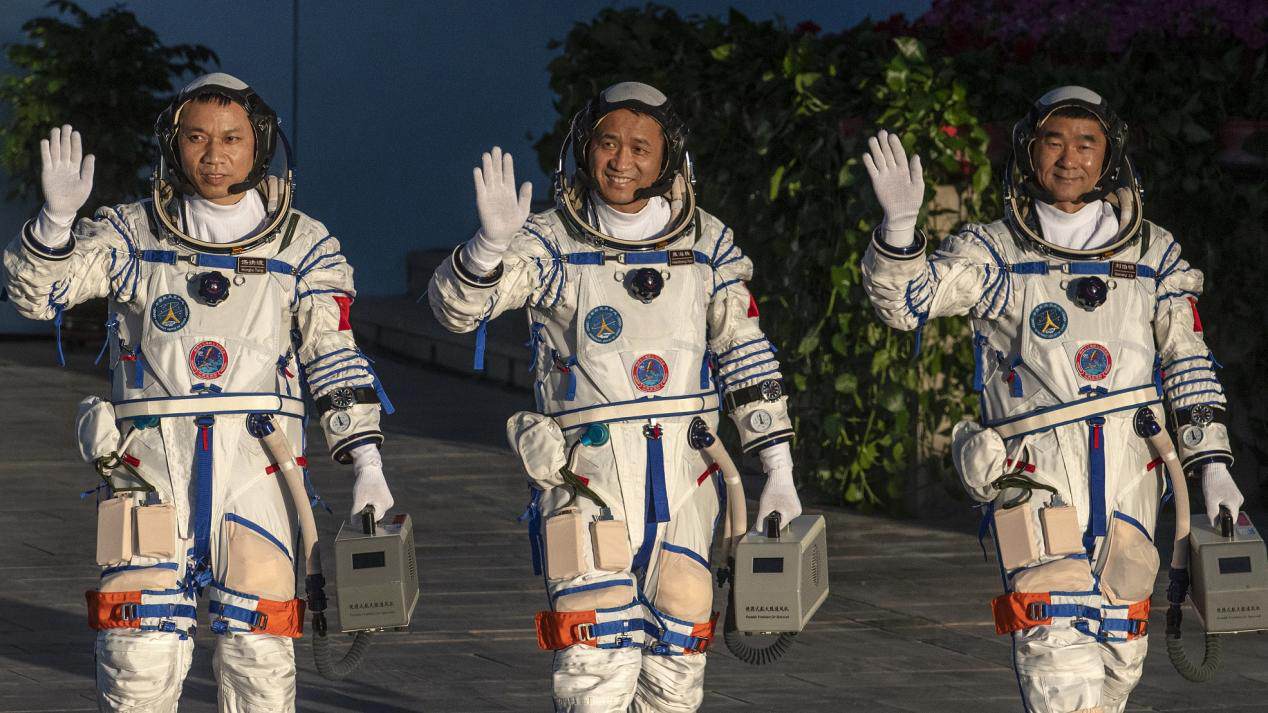 The taikonauts on the Shenzhou-12 mission launched on June 17 are the station's first inhabitants. While they gave a tour of the place they now call home, experts in Beijing talked about the country's latest progress in space exploration, as well as future plans.

It took almost 30 years for China to become a world-leading player in manned space missions. Beijing's space program officials say Hong Kong has played a significant role in the programs. And they welcome more innovation and participation efforts from the region.

"I hope more Hong Kong youngsters may have a better understanding of space programs and their country through this great event," Huang said. "Hopefully, one day they could join our team in the future, and the expedition to the ocean of stars and planets."

The central government has supported Hong Kong's status as a tech hub in China's 14th Five-Year Plan (2021-2025). Hong Kong has also worked to invest and attract more scientists and technicians into the region.

"To attract more international research and leading experts and their teams to the region, we plan to invest HK$2.1 billion (about $270 million) to fund universities via funding. This way, they can teach or participate in research in order to enhance the local talent pool," said Carrie Lam, chief executive of the HKSAR.

Zhou Jianping, chief designer of China manned space program, said they could recruit candidates from Hong Kong in the future.

"After the space station goes into operation next year, astronauts from Hong Kong, Macao, and others from overseas are expected to have the opportunity to join us on the flight. I think this might happen very soon," said Yang Liwei, China's first man in space.

As Liu recalled, when gazing down on the blue planet, he saw Hong Kong and Beijing, linking dreams of space to all Chinese.

The taikonauts are scheduled to return to Earth in mid-September.

The event was held by Liaison Office of the Central People's Government in the HKSAR, the HKSAR Government and the China Manned Space Engineering Office.

(CGTN's Meng Mingwei and Wang Jigang contributed to this story.)