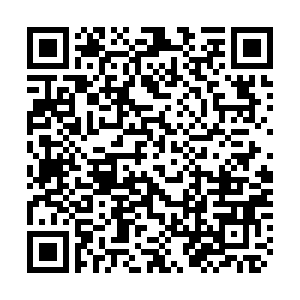 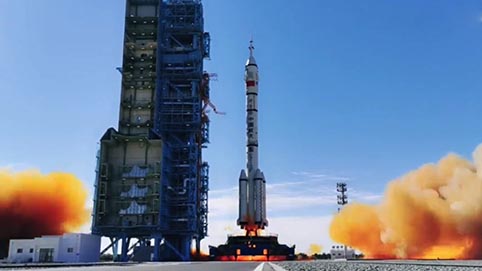 A Long March-2F Y12 rocket, carrying the Shenzhou-12 spaceship with astronauts Nie Haisheng, Liu Boming and Tang Hongbo on board, blasted off at 9:22 a.m. (BJT) from Jiuquan Satellite Launch Center in northwest China.

About 573 seconds after the liftoff, the spaceship separated from the rocket and entered its planned orbit. The solar panels of the spaceship unfolded and started functioning normally, and the astronauts are in good condition.

The launch center declared the launch a success.

The crewed spaceship is scheduled to fly to the Tianhe core module of China's space station, and conduct rendezvous and docking in a fast automated mode onto its front port.

The astronauts will stay in space for three months. They will have multiple tasks, including helping assemble the space station, conducting extravehicular activities and in-orbit maintenance. 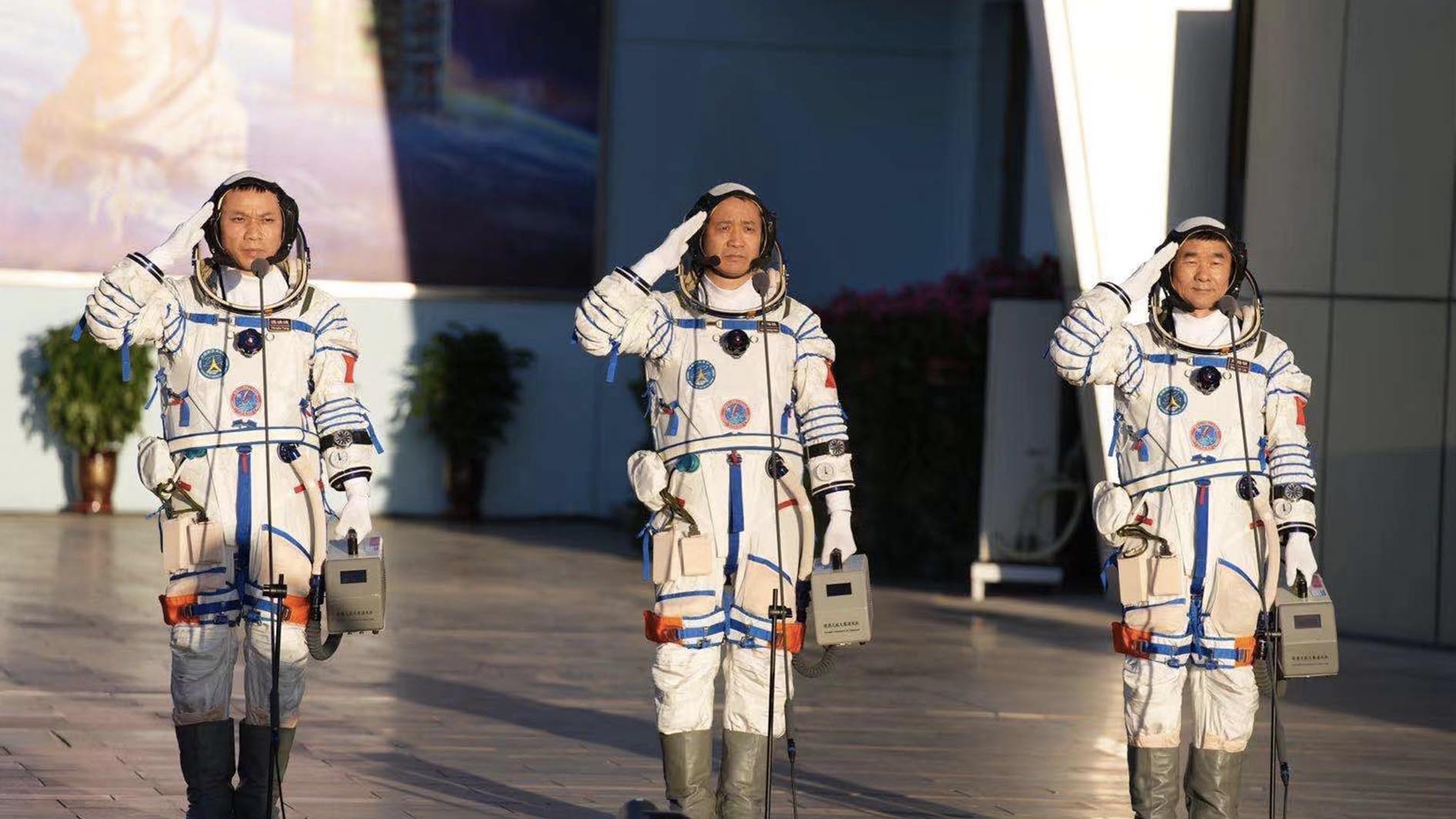 In the early morning, a send-off ceremony and a launch ceremony were held for the three astronauts, who entered the capsule of the Shenzhou-12 spacecraft between 7:12 and 7:27 a.m. 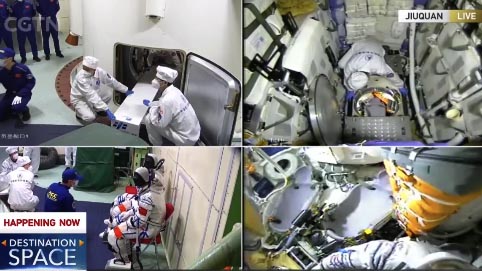 The launch of the Shenzhou-12 crewed vessel is the third of the 11 missions planned by China to complete the construction of its space station by the end of 2022. The 11 missions comprise three launches of the core module and two lab capsules of the space station, four cargo vessel flights and four manned missions.

The first two missions have been completed. The Tianhe core module was sent into orbit on April 29, and the Tianzhou-2 cargo spacecraft was launched on May 29 and docked with Tianhe about eight hours after takeoff.

Shenzhou-12 is the first manned mission.

The combination of the Tianhe core module and Tianzhou-2 cargo vessel is currently operating in a near-circular orbit approximately 390 km above the Earth. It's in good condition, ready for rendezvous and docking with Shenzhou-12, and for the astronauts to move in.

The Long March-2F rocket, featuring an escape tower on the top, is China's safest and most reliable carrier rocket, according to its chief designer Zhang Zhi.

Standing 58.3 meters tall, the rocket has two core stages and four boosters. It can send payloads of up to 8.6 tonnes to low-Earth orbit.

It made its maiden flight on November 20, 1999, launching China's first test manned spacecraft Shenzhou-1 without crew. On October 15, 2003, it sent the country's first astronaut Yang Liwei into space in a historic mission, making China the third country in the world capable of sending astronauts into space. 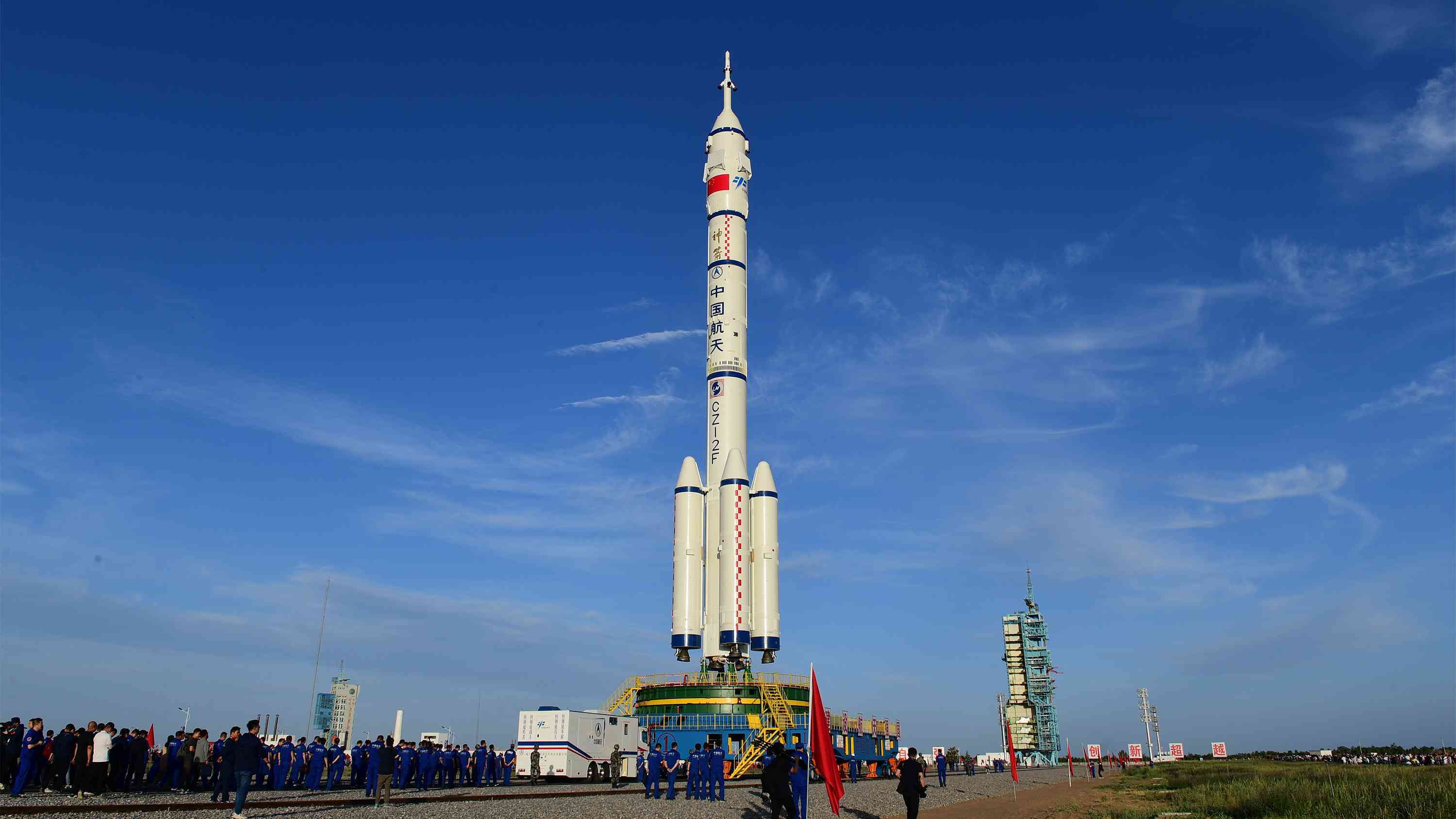 The Shenzhou-12 spaceship consists of a return capsule, an orbital capsule and a propulsion capsule.

At the top of the spaceship is the orbital capsule. With a rendezvous and docking mechanism at its front end, it will connect with the Tianhe core module.

As well as serving as a passage for the astronauts to enter the space station, it's also a storage room. It has a payload capacity of 300 kilograms, and carries some samples for scientific experiments, some food and snacks, as well as fresh vegetables and fruits for the astronauts, according to Gao Xu, deputy director designer of the Shenzhou-12 spaceship at the China Academy of Space Technology. 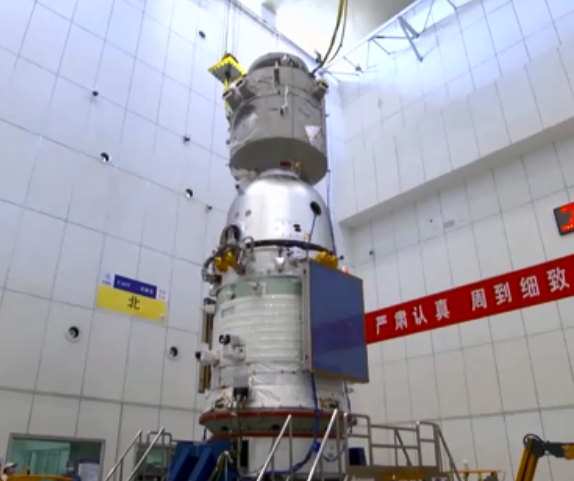 The Shenzhou-12 spacecraft consists of a return capsule, an orbital capsule and a propulsion capsule. /CMG

The Shenzhou-12 spacecraft consists of a return capsule, an orbital capsule and a propulsion capsule. /CMG

The middle section is the return capsule, the only part that will return to Earth. It is the "cockpit" for the astronauts.

Shaped like a large bell, the capsule is equipped with the control computer and communications equipment, serving as the control center of the entire spacecraft, Gao said.

The propulsion capsule is at the bottom. Installed with a propulsion system, power supply and thermal control equipment, it provides the spacecraft with energy, power and communication capabilities.

"The propulsion sub-system is made up of dozens of engines to supply power for the spaceship. The energy sub-system is mainly powered by the solar panels and batteries. The air that the astronauts need in orbit is carried in cylinders by the propulsion capsule," said Cao Junsheng, deputy chief designer of Shenzhou-12 systems at Shanghai Academy of Spaceflight Technology.