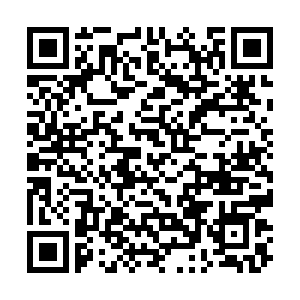 In the upcoming week, the 20th anniversary of the 9/11 terrorist attacks will be marked, almost a fortnight after the U.S. concluded its withdrawal from Afghanistan, and China's Macao Special Administrative Region (SAR) is set to hold its Legislative Assembly election.

The 20th anniversary of the 9/11 terrorist attacks, the events which triggered the U.S. war on terror, will be marked on Saturday.

Claiming to be in pursuit of Osama bin Laden, the alleged mastermind of the 9/11 attacks, the U.S.-led military forces invaded Afghanistan and ousted the Taliban within weeks after the terrorist attacks in 2001.

U.S. intelligence officials are anticipating foreign terrorist organizations will seek to exploit the 20th anniversary of 9/11 and "probably the U.S withdrawal from Afghanistan" in their messaging, according to a joint intelligence bulletin from the FBI, the Department of Homeland Security and the National Counter Terrorism Center.

As a supportive gesture to victims' families, U.S. President Joe Biden on Friday ordered the Department of Justice to review documents from the FBI's probe into the September 11 attacks for declassification and release. Relatives of the victims have been pushing for years for more information about what the FBI discovered in its probe.

The election of the seventh Legislative Assembly of China's Macao SAR will start on September 12, according to a chief executive order published in Macao SAR's official gazette in March.

Campaigning for the election kicked off on August 28 and will last until September 10, two days before polling day.

Over 20 individuals on the candidate lists have been found to be unqualified to stand for election. Among them, one team involved two people who were not registered voters. The other 21 people, distributed across six election teams, were found to have not upheld the Basic Law of the Macao SAR, or met the requirement of pledging allegiance to the Macao SAR.

Saturday: 20th anniversary of 9/11 attacks on the World Trade Center and the Pentagon.