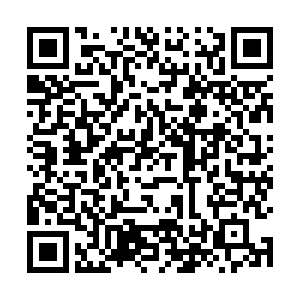 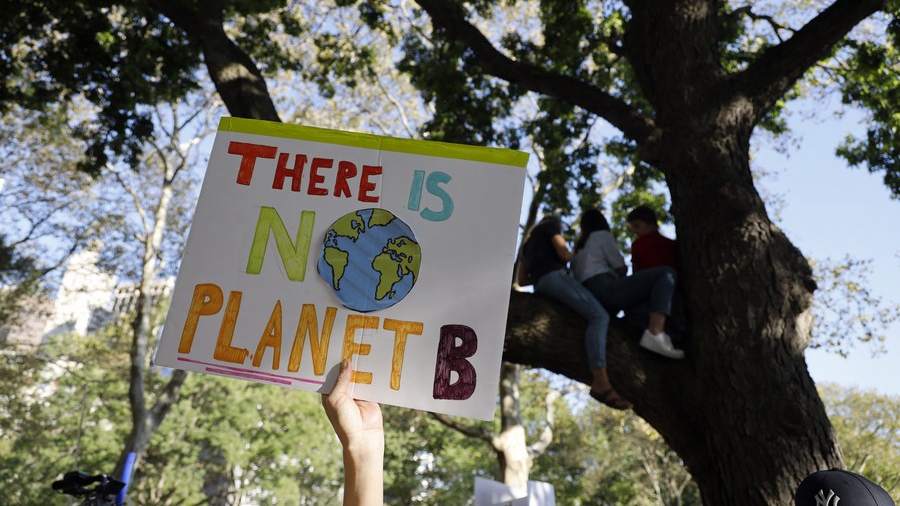 A protester is seen holding a cardboard calling for efforts on climate change in New York, the United States, September 20, 2019. /Xinhua

A protester is seen holding a cardboard calling for efforts on climate change in New York, the United States, September 20, 2019. /Xinhua

The United States Climate Envoy John Kerry visited China last week to meet his Chinese counterpart Xie Zhenhua in the lead-up to the COP 26 UN Climate Change Conference to be held in November in the United Kingdom. It's Kerry's second trip to China this year as U.S. climate envoy.

Kerry's visit to China shows that the U.S. has a positive attitude to join hands with China to find solutions to the urgent global crisis. It is much appreciated that Mr. Kerry has confirmed America's willingness to work with China to enhance dialogue, jointly improve ambitions, demonstrate leadership, and set an example for meeting the Paris Agreement goals, given the importance of U.S.-China cooperation for responding to the pressing challenge of climate change.

Nevertheless, Kerry's visit was a continuation of the U.S. use of climate change politics to constrain China's development needs even though China is sincere in tackling climate change and has taken environmental responsibility to new heights.

Chinese President Xi Jinping declared last fall that China will strive to peak carbon emissions by 2030 and achieve carbon neutrality by 2060. However, Mr. Kerry complained on so many occasions that China's current pledge of carbon neutrality isn't fast enough, with which the rest of the world would have to achieve net zero emissions by 2040 or earlier to solve the climate crisis. Kerry's trip was to prod China to go further, and publicly declare a blanket moratorium on financing international coal-fired projects, among others.

Too often the U.S. is keen to cast China as doing little to tackle climate change. Mr. Kerry and the wider Biden administration have simply ignored China's development phase and what happens on the ground in China where considerable measures to mitigate climate change emissions are being taken.

Effective Sino-U.S. cooperation on climate change should be based on the principle of "common but differentiated" to which the Paris Agreement of Climate Change claims to stick.

Climate change is a globally shared existential threat to humanity, requiring global cooperation and joint actions. But diligent responses from each party should vary according to the development phase of each party. This is simply because the developed world emitted a mountain of carbon gas into the biosphere well before the developing world began its development.

The emission reductions targets set by President Xi reflect China's action and resolve to firmly implement the Paris Agreement and keep strengthening efforts to tackle climate change and demonstrate it is a responsible country in pushing for the building of a community with a shared future for mankind.

To honor its commitments to carbon neutrality and advance its ambition, China has shown its willingness to take the bull by the horns in tackling climate change.

The country has called for a "green transformation,", linking fresh air, greening the environment, and the sensible use of nature's resources to its national rejuvenation. Green industries have become a new growth driver, where, under the concepts of high-quality development, China has forced traditional sectors to pursue green development and enabled more green industries to emerge. 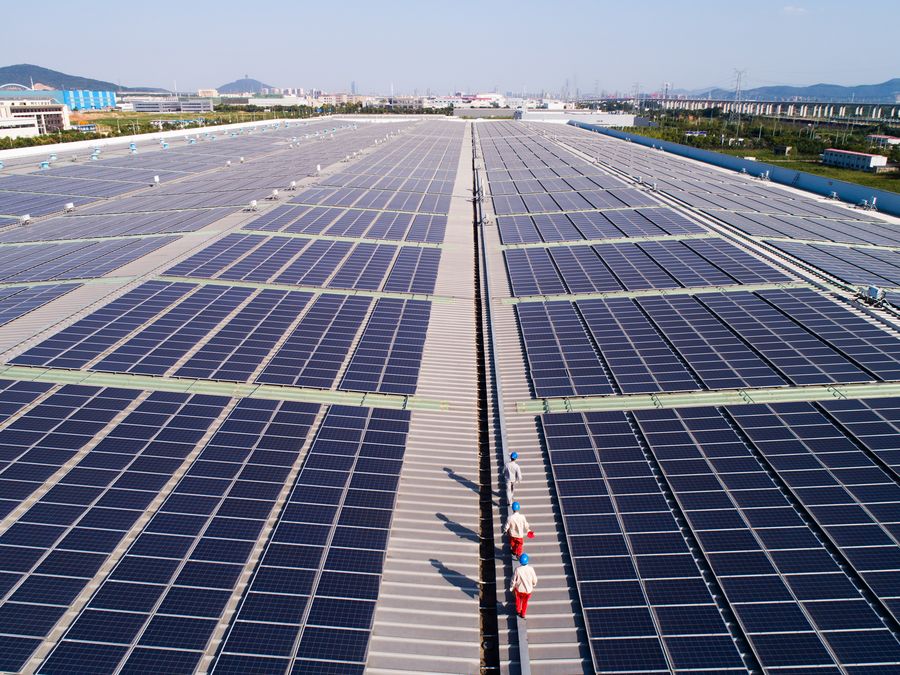 China is literally "reorganizing" its national development strategic focus to pivot from a fossil-fuel-energy-based infrastructure and economy to a clean-energy-based climate resilient future, including R&D and innovation of clean technologies and how to accelerate the industrialization of clean technologies to support the pivot, investment in clean energy and infrastructure, and how to revamp up a supply chain that would best accommodate a clean energy transition.

China is set to enhance its capability and competition in such crucial sectors as new materials, smart grids, batteries and EVs besides solar and wind energy. This places China at the center of both global climate innovation and supply chains.

With its commitment and subsequent actions to drastically reduce carbon emissions, China has emerged as a pioneer in green development and a major advocate in the fight against climate change.

According to the Washington-based Center for Strategic and International Studies, China is currently the world's largest producer of wind and solar energy and the largest domestic and outbound investor in renewable energy.

In fact, in terms of carbon emissions, the per capita carbon emissions of the U.S. are considerably higher than those of China. Moreover, the U.S.'s failure to deliver the $100 billion a year before 2020 as required by the Paris Accord, now extended to a 2025 timeline, has set a bad example, derailing the global climate governance progress.

The U.S.'s double standards in terms of its unreserved backing towards Japan's dumping of Fukushima nuclear plant's polluted water into the sea is a blow and harm its claim to being the global leader on climate change.

Kerry's visit to China signals a welcome willingness for cooperation with China. But the global leadership coalition or candid collaborations of two sides will be successful only if the diversity of solutions and development phase as well as a desire for common prosperity could be sufficiently recognized and respected.