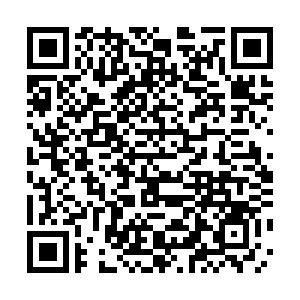 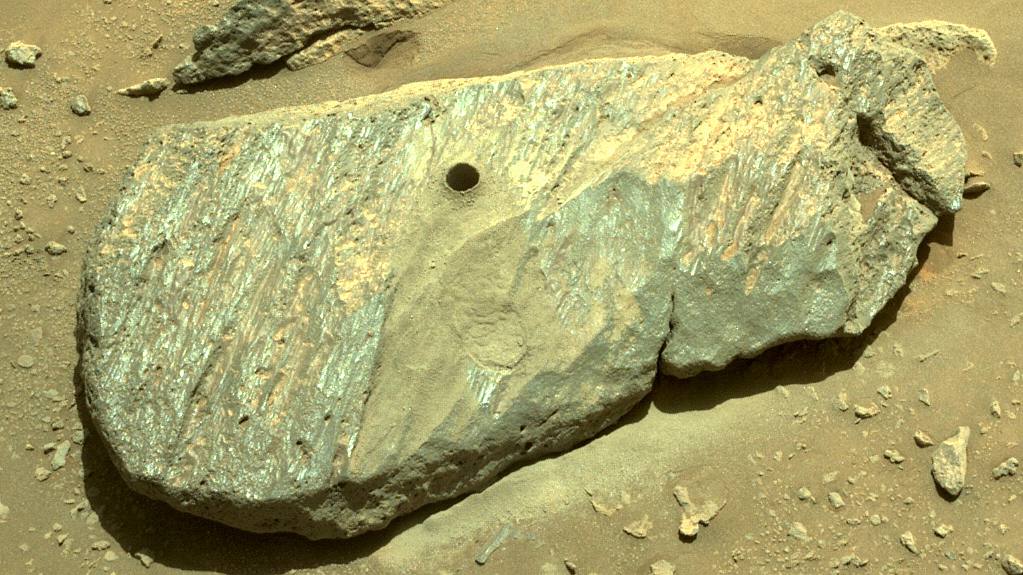 NASA's Perseverance Mars rover has now collected two rock samples, with signs that they were in contact with water for a long period of time boosting the case for ancient life on the red planet.

"It looks like our first rocks reveal a potentially habitable sustained environment," said Ken Farley, project scientist for the mission, in a statement Friday. "It's a big deal that the water was there for a long time."

The six-wheeled robot collected its first sample, dubbed "Montdenier" on September 6, and its second, "Montagnac" from the same rock on September 8. 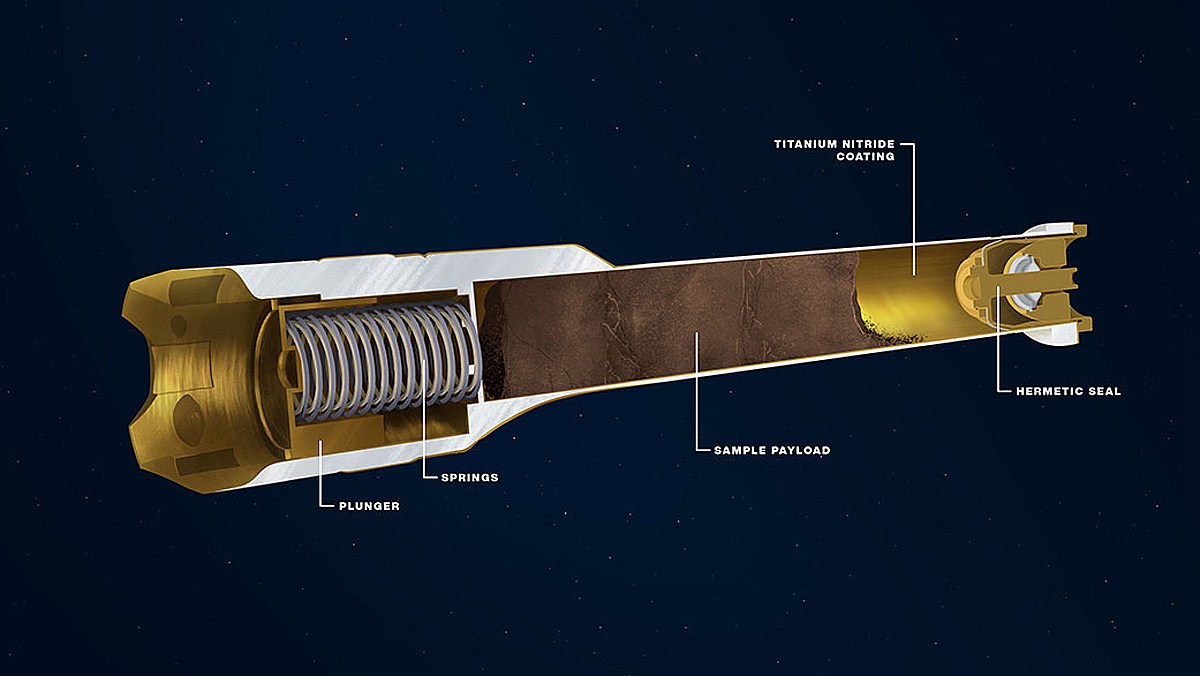 Illustration shows component features of a sample tube being carried aboard the Mars 2020 Perseverance rover. /CFP

Illustration shows component features of a sample tube being carried aboard the Mars 2020 Perseverance rover. /CFP

Both samples, slightly wider than a pencil in diameter and about six centimeters long, are now stored in sealed tubes in the rover's interior.

A first attempt at collecting a sample in early August failed after the rock proved too crumbly to withstand Perseverance's drill.

The rover has been operating in a region known as the Jezero Crater, just north of the equator and home to a lake 3.5 billion years ago, when conditions on Mars were much warmer and wetter than today.

The rock that provided the first samples was found to be basaltic in composition and likely the product of lava flows.

This in turn could help scientists build up a picture of the area's geological history, such as when the crater formed, when the lake appeared and disappeared, and how climate changed over time.

"An interesting thing about these rocks as well is that they show signs for sustained interaction with groundwater," NASA geologist Katie Stack Morgan told a press conference.

The scientists already knew the crater was home to a lake, but couldn't rule out the possibility that it had been a "flash in the pan" with floodwaters filling up the crater for as little as 50 years.

Now they are more certain groundwater was present for much longer.

"If these rocks experienced water for long periods of time, there may be habitable niches within these rocks that could have supported ancient microbial life," added Stack Morgan.

The salt minerals in the rock cores may have trapped tiny bubbles of ancient Martian water.

"Salts are great minerals for preserving signs of ancient life here on Earth, and we expect the same may be true for rocks on Mars," added Stack Morgan.

NASA is hoping to return the samples to Earth for in-depth lab analysis in a joint mission with the European Space Agency sometime in the 2030s.