Download
After Afghan withdrawal, will U.S. turn to China?
By Duan Fengyuan 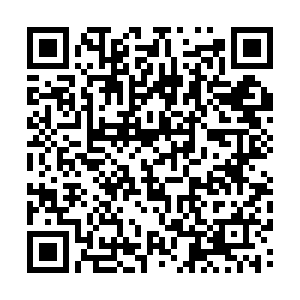 As the U.S. completed its withdrawal from Afghanistan and the Asian country announced the newly formed Taliban caretaker government, the 9/11 this year seems quite different.

In the two decades after September 11 attacks in 2001, counter-terrorism has become one of the top priority of American security strategy. As the situation in Afghanistan enters a new phase, where will America's strategic focus shift?

In his first address to the nation after the withdrawal, the U.S. President Joe Biden explained that the country needs to "shore up its competitiveness" to meet the challenge from China and on Friday, he called Chinese President Xi Jinping on China-U.S. relations. Are these all signals of the shift?

With the last U.S. military plane lifting off from Hamid Karzai International Airport, the world is closely watching the next moves of the country, both domestically and globally.

The U.S. president's job approval rating has fallen underwater in the latest ABC News/Washington Post poll amid broad disapproval of his handling of the U.S. withdrawal from Afghanistan--just 36 percent of Americans say the war was worth fighting, 77 percent support for the United States withdrawing and 60 percent disapprove of how Biden handled it.

Besides the difficult conditions at home, the global community, including the U.S. allies, is criticizing the U.S. precipitous withdrawal, emphasizing that efforts needed in addressing the humanity crisis in the Afghanistan.

Under such circumstances, Biden has to comfort the American people first before he could catch a breath.

This month, he toured sites of deadly floods in the Northeast and said Hurricane Ida demonstrated the ravages of climate change as he pressed for investments to boost infrastructure and fight global warming, shifting his focus to domestic priorities after weeks of public attention to the chaotic U.S. withdrawal.

Meanwhile, senior U.S. officials' visits in Asian countries is worth noting in the diplomatic aspect.

Too early to draw a conclusion as cooperation highlighted

One speculation has been widely reported in the media that the U.S. withdrawal from Afghanistan comes as the Biden administration prepares to focus American attention on the Western Pacific and free up space to deal with China.

During interviews with CGTN at the 5th Taihe Civilizations Forum, experts responded that it is too early to draw a conclusion, highlighting the importance of cooperation between the two countries. 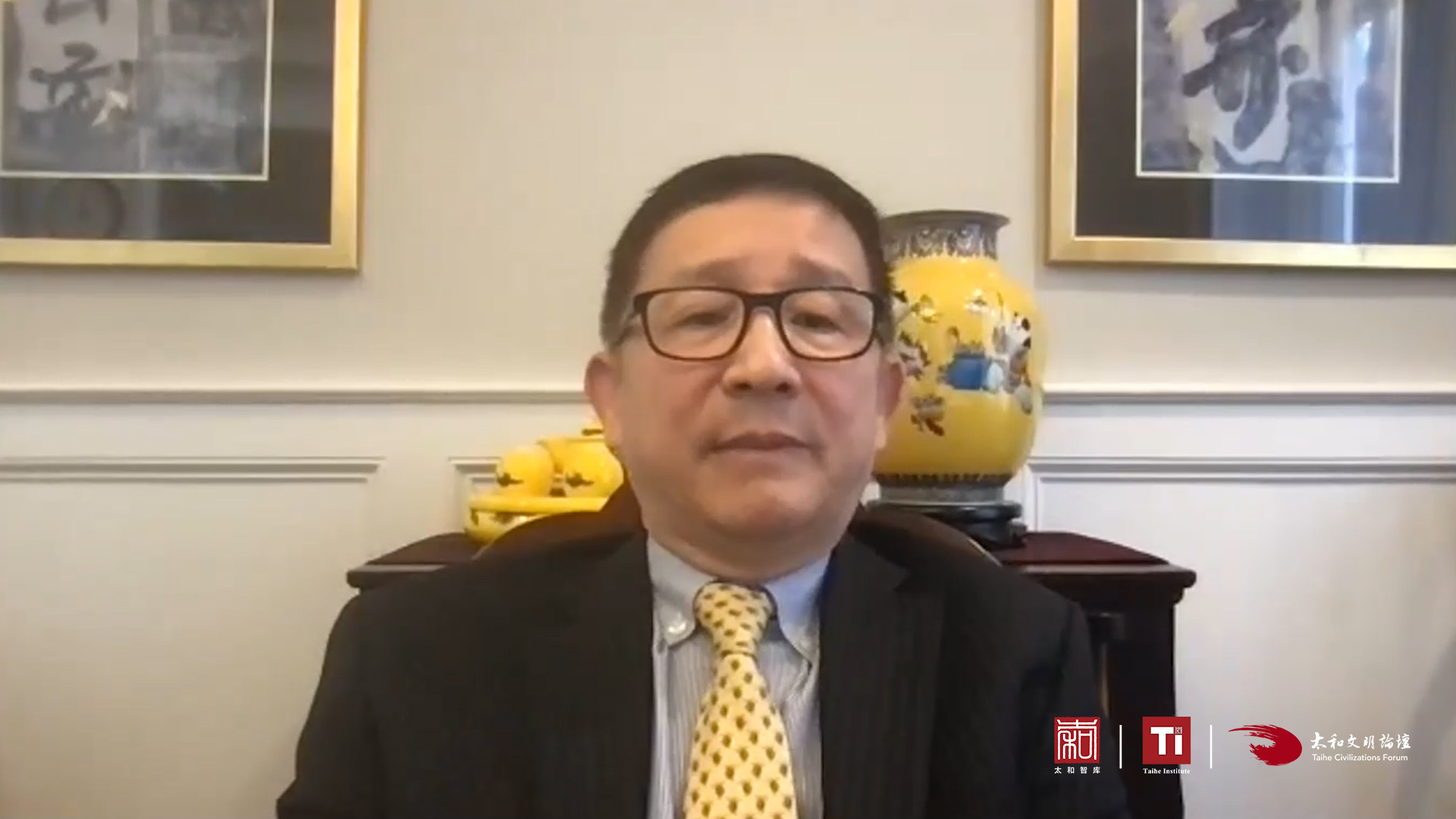 Li Cheng, director of research and a senior fellow at the John L. Thornton China Center in the Foreign Policy program at the Brookings Institution, speaks at the 5th Taihe Civilizations Forum, September 7, 2021. /Taihe Institute

Li Cheng, director of research and a senior fellow at the John L. Thornton China Center in the Foreign Policy program at the Brookings Institution, speaks at the 5th Taihe Civilizations Forum, September 7, 2021. /Taihe Institute

"What some senior U.S. officials and even the president are saying is not necessarily a well-thought-out strategy or policy, but is often motivated by domestic political needs or excuses," said Li Cheng, director of research and a senior fellow at the John L. Thornton China Center in the Foreign Policy program at the Brookings Institution .

Noting that the withdrawal has made a major blow to American power, influence and psychology, he warned that this will lead to a rise in hawkish power and a more "aggressive, hawkish approach" to foreign affairs by policymakers eager to score points or even take risks.

Some senior research fellows at the Taihe Institute added that many decisions in the U.S. are made by interest groups, saying that America is more concerned with domestic politics, the  balances of power between the two parties.

Meanwhile, experts emphasized that cooperation between the two sides meets the interest of both countries and their peoples and efforts are needed "step by step". 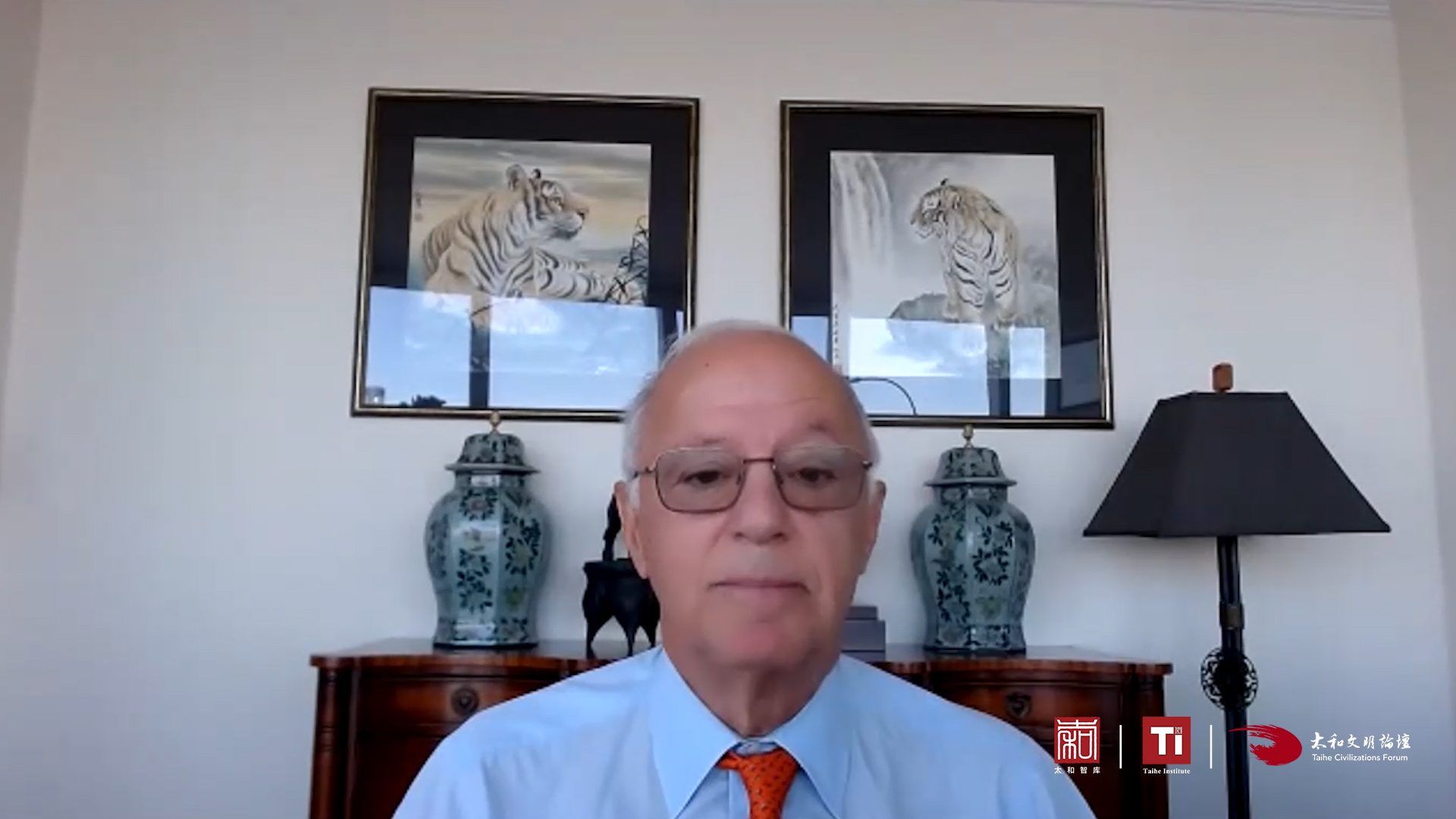 Steve Orlins, president of the National Committee on U.S.-China Relations, pointed out several aspects in which the two countries can reach a consensus.

He noted the resumption of scientific cooperation, especially in the areas of epidemic prevention and control and climate change, the reopening of consulates in China's Chengdu, capital of southwest China's Sichuan Province, and in Houston of the U.S., agreement on bilateral tariff reductions, and starting high-level meetings as soon as possible.

"Because there are fundamental differences between China and the United States, it is only by taking small, concrete, solid and sometimes unilateral steps that we can rebuild trust," he stressed.