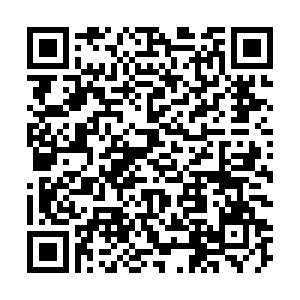 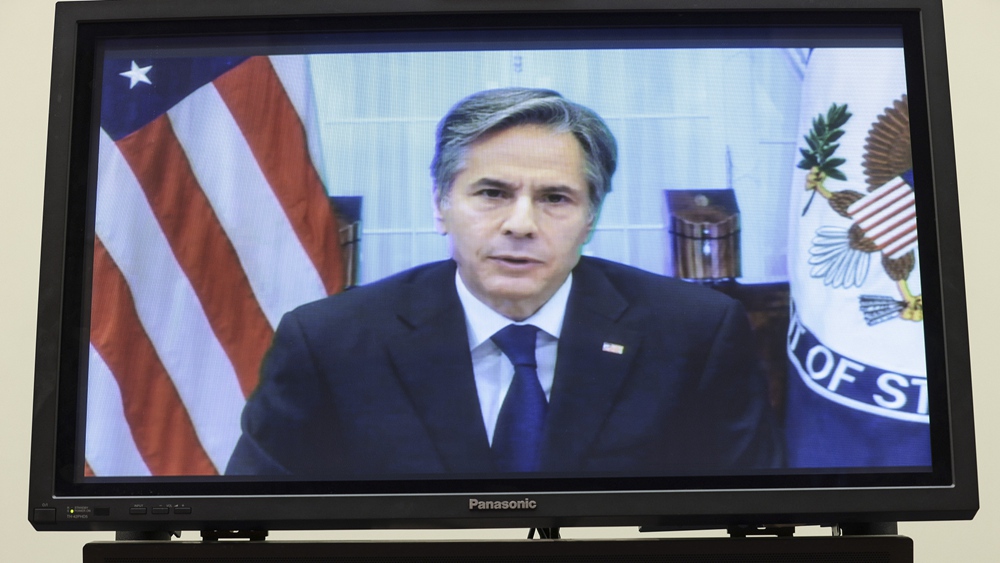 U.S. Secretary of State Antony Blinken tried to beat back criticism of the withdrawal of American troops from Afghanistan on Monday at a contentious congressional hearing where at least two Republicans called on him to resign.

In five hours of often testy exchanges with lawmakers, Blinken defended President Joe Biden's decision to pull out and pushed back on accusations that the State Department should have done more to help Americans and at-risk Afghans to be evacuated, blaming the previous administration for lacking a plan.

He repeatedly noted that Republican former President Donald Trump had negotiated the withdrawal agreement with the Taliban, and said Biden's administration could not renegotiate because of threats from the group to resume killing Americans.

"There's no evidence that staying longer would have made the Afghan security forces or the Afghan government any more resilient or self-sustaining," Blinken said.

"We inherited a deadline. We did not inherit a plan," Blinken said, referring to the Trump administration's agreement to remove all U.S. forces from Afghanistan by May 1.

Chart of the Day: The Afghanistan exodus by the numbers

After Afghan withdrawal, will U.S. turn to China? 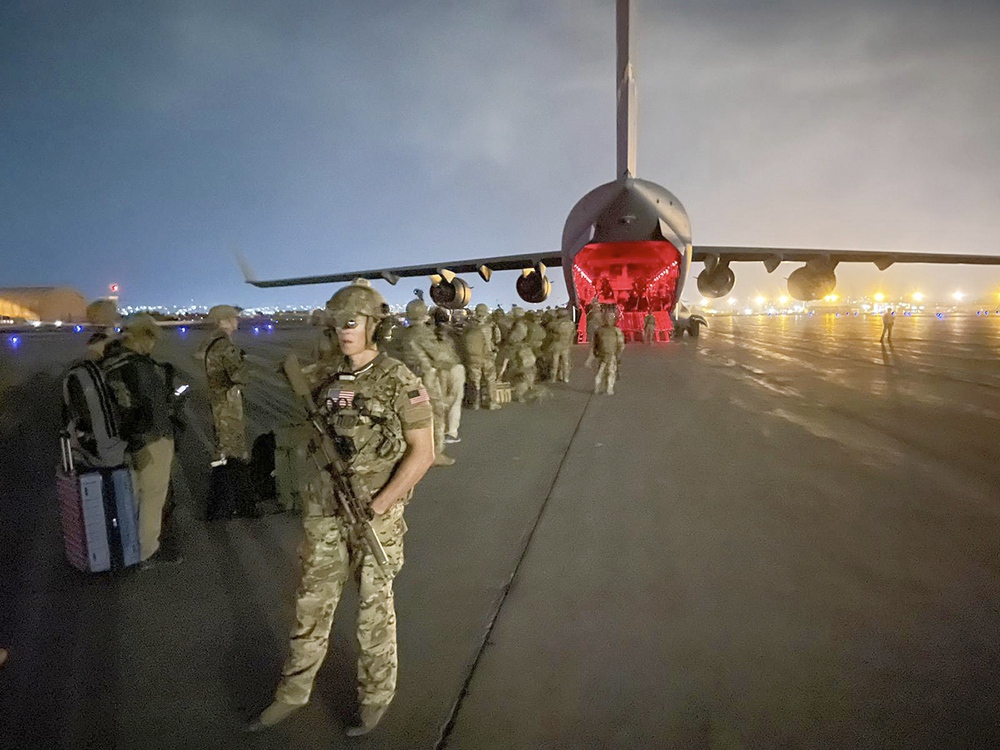 U.S. troops prepare to board a C-17 cargo plane at Hamid Karzai International Airport in Kabul, Afghanistan, to withdraw from the country, August 30, 2021. /CFP

U.S. troops prepare to board a C-17 cargo plane at Hamid Karzai International Airport in Kabul, Afghanistan, to withdraw from the country, August 30, 2021. /CFP

Members of Congress have pledged to investigate since the Taliban seized control of Afghanistan last month after a rapid advance against Western-back government forces.

Blinken appeared on Monday before the House of Representatives Foreign Affairs Committee and was to testify on Tuesday before the Senate Foreign Relations Committee, the first Biden administration official to testify publicly to lawmakers since the Taliban's takeover.

'Unconditional surrender to the Taliban'

Many Republicans, particularly those closely allied to Trump, interrupted or even shouted over Blinken during the House hearing. Others offered harsh criticism.

"This was an unmitigated disaster of epic proportions," said Representative Mike McCaul, the top Republican on the committee. "I never thought in my lifetime that I would see an unconditional surrender to the Taliban."

McCaul asked why assets like the Bagram Air Base were not maintained and why the administration had not reached counterterrorism agreements with neighboring countries.

"You can't blame the Trump administration for your failure," said Representative Greg Steube. "Your administration in the White House was seeing in real time what was happening in Afghanistan and you did absolutely nothing to stop it." 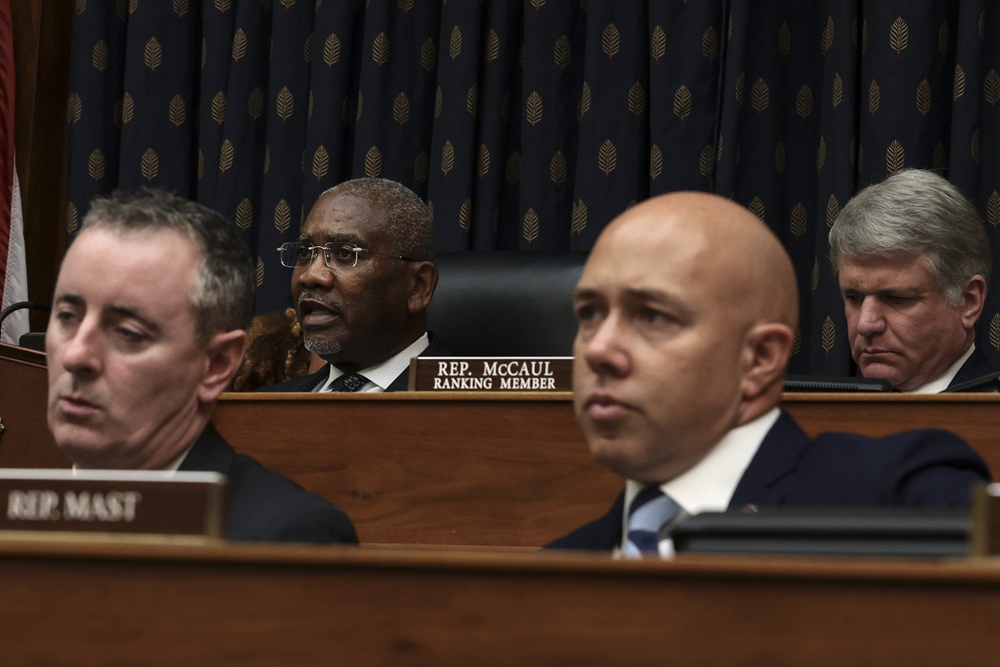 A hearing is held at the U.S. House Foreign Affairs Committee on Afghanistan on Capitol Hill in Washington, DC, September 13, 2021. /CFP

A hearing is held at the U.S. House Foreign Affairs Committee on Afghanistan on Capitol Hill in Washington, DC, September 13, 2021. /CFP

Blinken, however, suggested that the Taliban violated the accord through their "relentless march," even as the Trump administration pressed the former Afghan government to free Taliban prisoners.

Lawmakers asked a long list of questions about the rapid collapse of the U.S.-backed Afghan government and scramble to evacuate 124,000 people.

Democrats expressed concern about Americans and at-risk Afghans who still wish to leave, but backed the withdrawal as necessary, though painful.

"Disentangling ourselves from Afghanistan was never going to be easy," said Representative Gregory Meeks, the Democrat who led the committee.

"I would welcome hearing what exactly a smooth withdrawal from a messy, chaotic 20-year war looks like," he said. "I don't believe one exists."

Blinken praised the evacuation as "a heroic effort." He pledged that the United States would continue to support humanitarian aid to Afghanistan but through non-governmental organizations and UN agencies, not the Taliban.

Republicans grilled Blinken about what happened at Kabul's airport during the evacuation ahead of the administration's August 31 deadline to leave. Thirteen U.S. troops and dozens of Afghans were killed in a suicide bombing amid the chaos.

Democrats said they wanted to address not just the seven months Biden was president before Kabul fell but all 20 years of U.S. involvement in the country – under presidents from both parties.