Wangfujing, a pedestrian street and one of the main shopping centers in Beijing, China. /CFP

Wangfujing, a pedestrian street and one of the main shopping centers in Beijing, China. /CFP

Retail sales registered the slowest growth since August 2020, a sharp drop from the 8.5 percent in July, according to the National Bureau of Statistics (NBS), putting the average two-year growth at 1.5 percent. The figure in August was far below the projection of a 7-percent rise by both Reuters and Bloomberg. 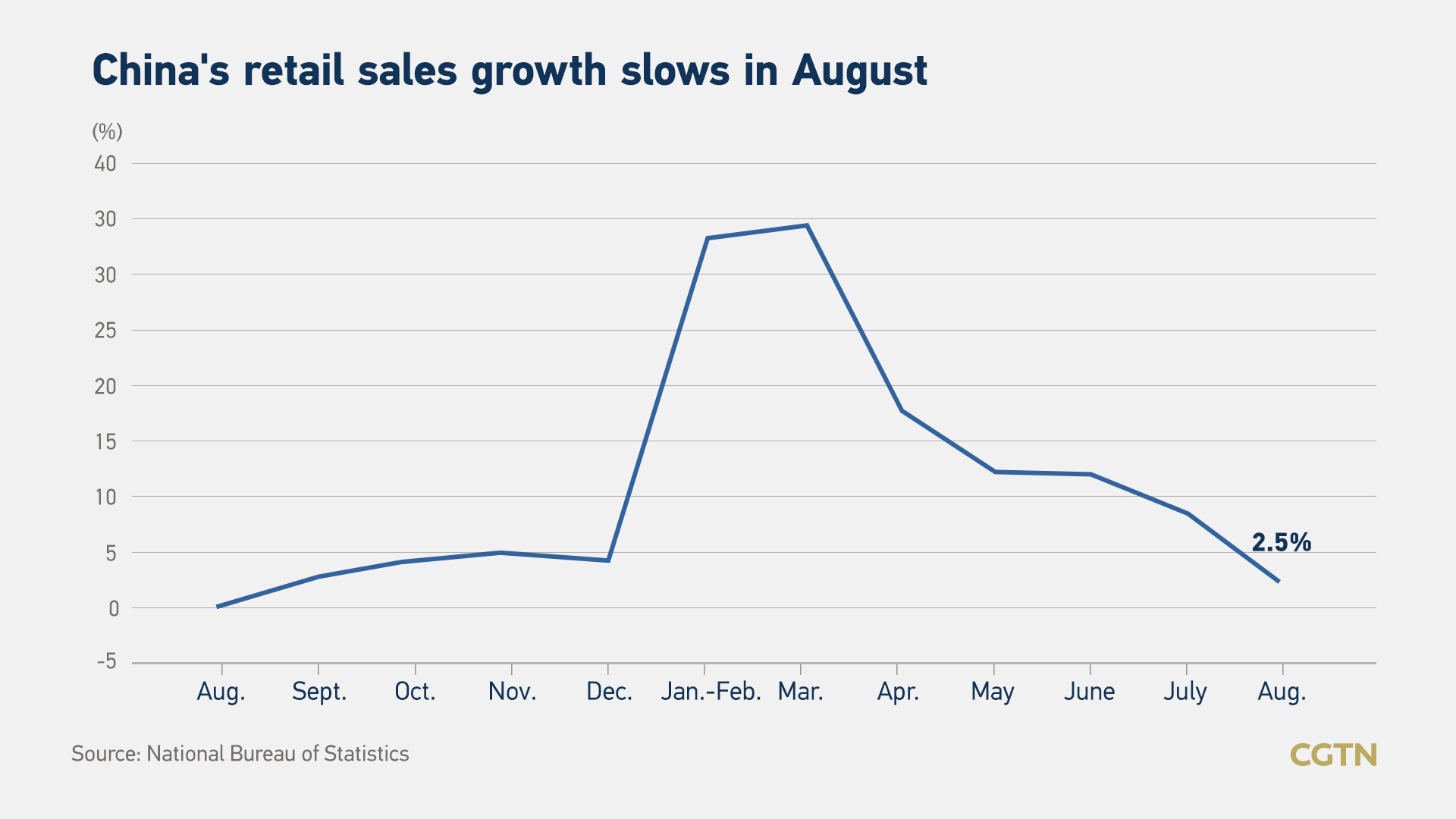 Notably, the catering industry saw revenue fall 4.5 percent in August compared with a year ago and contrasts with 14.3-percent growth in sales in July.

The growth of industrial output in August narrowed from 6.4-percent in July and saw an average two-year growth of 5.4 percent, according to NBS. The August figure missed expectations for a 5.8-percent growth by both Reuters and Bloomberg.

However, high-tech manufacturing grew by 18.3 percent year on year, 2.7 percentage points faster than July. The output of new energy vehicles, industrial robots and integrated circuits went up by 151.9 percent, 57.4 percent and 39.4 percent from a year earlier respectively.

"In August, the national economy maintained the trend of recovery. However, we must be aware that the international environment is still complicated and severe," the NBS statement said.

"At home, it has been felt that the sporadic outbreak of COVID-19 and natural disasters such as floods had caused an impact on the economy, and the foundation for the economic recovery still needs to be consolidated."

Fixed asset investment, a gauge of expenditures on items including infrastructure, property, machinery and equipment, increased 8.9 percent in the first eight months. The figure was against Reuters' expectation of 9 percent and compared with a 10.3-percent jump in the January-July period.

August data "were all below consensus forecasts for a consecutive month, confirming our view that markets have significantly underestimated the scale of the growth slowdown in the second half of the year," Lu Ting, chief China economist at Nomura, said in a note.

The surveyed jobless rate remained unchanged from July and stood at 5.1 percent in August, according to the NBS. China has set a target of a 5.5 percent unemployment rate for the whole year.