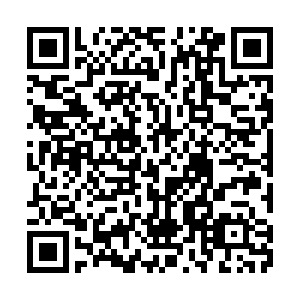 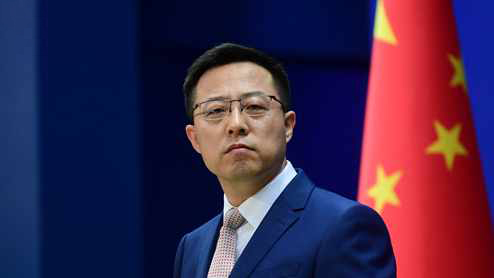 China on Thursday slammed nuclear submarine cooperation between the United States, the United Kingdom and Australia, calling it a grave threat to regional peace and stability.

On Wednesday, the three countries announced an Indo-Pacific diplomatic, security and defense cooperation pact, under which the U.S. and the UK will export "highly sensitive" nuclear submarine technology to Australia.

"They use nuclear exports as a tool for geopolitical games and adopt double standards, which is extremely irresponsible," he said.

Zhao said that the international community, regional countries included, is justified to question Australia's sincerity in abiding by its nuclear non-proliferation commitments.

Producing no nuclear weapons, Australia is a party to the Treaty on the Non-Proliferation of Nuclear Weapons and the South Pacific Nuclear Free Zone Treaty.

The Chinese spokesman urged relevant countries to abandon the outdated Cold War zero-sum mentality and stop forming small circles or cliques, stressing that regional mechanisms should not target any third party or hurt the interest of any third party.

France calls the move a 'stab in the back'

France accused U.S. President Joe Biden on Thursday of backstabbing and acting like his predecessor Donald Trump after Paris was pushed aside from the lucrative submarine deal.

In 2016, Australia had selected French shipbuilder Naval Group to build a new submarine fleet worth $40 billion to replace more than two-decades-old Collins submarines. 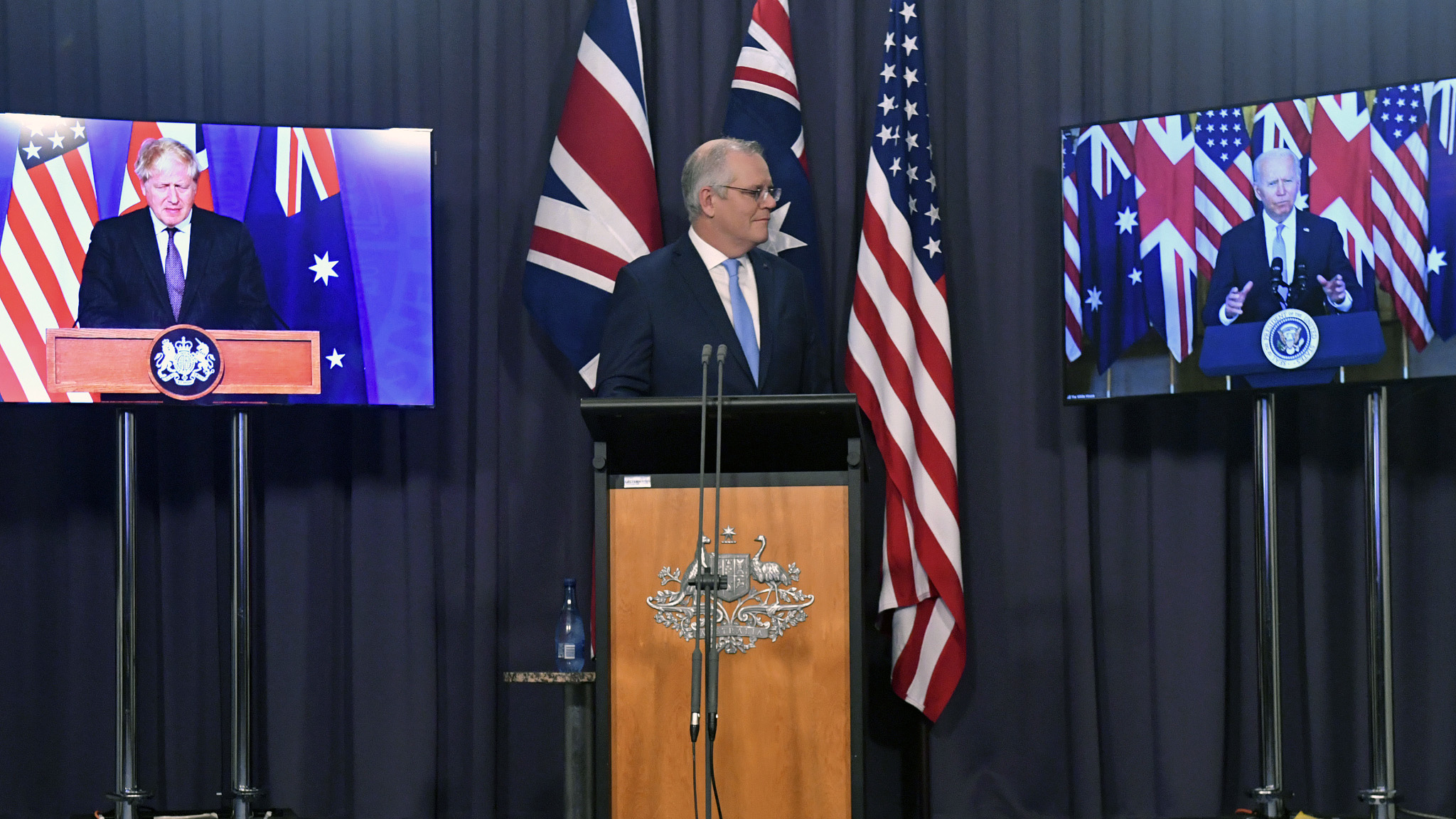 "We had established a relationship of trust with Australia. This trust is betrayed," French Minister of Europe and Foreign Affairs Jean-Yves Le Drian told the radio network France Info, adding that the contract is a "stab in the back."

"It is not over. They will have to give explanations," he said. "The American behavior worries me. This unilateral and brutal decision is very similar to what Mr. (Donald) Trump was doing."

Also, on Thursday, French Minister of the Armed Forces Florence Parly called the contract "very bad news for the respect of the given word."

"In terms of geopolitics and international politics, it is serious," she told the French public radio service RFI, adding that she is "lucid on the way in which the United States treats its allies."

NZ: Australia's new nuke submarines must stay out of its waters

On Thursday, New Zealand Prime Minister Jacinda Ardern said that Australia's new nuclear-powered submarines would not be allowed in its territorial waters under a long-standing nuclear-free policy.

"Certainly, they couldn't come into our internal waters. No vessels that are partially or fully powered by nuclear energy is able to enter our internal borders," she said.

In a joint statement, the three governments said the partnership will help "significantly deepen cooperation on a range of security and defense capabilities."

The first initiative under AUKUS will be delivering a nuclear-powered submarine fleet for Australia, and the three countries will spend as many as 18 months discussing how this capability will be delivered, according to the statement.

In cooperation with Britain and the United States, Morrison said that Australia intends to build the submarines in Adelaide, a coastal city in the country's south.

"Australia is not seeking to acquire nuclear weapons or establish a civil nuclear capability," he said, vowing to meet all of its nuclear non-proliferation obligations.

Biden and Johnson said the nuclear-powered submarines Australia wants to acquire are conventionally armed, noting that their countries will also be fully in line with their non-proliferation obligations.