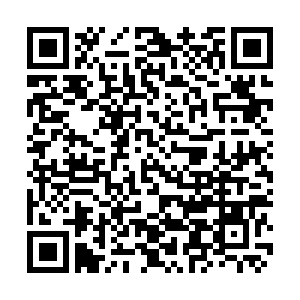 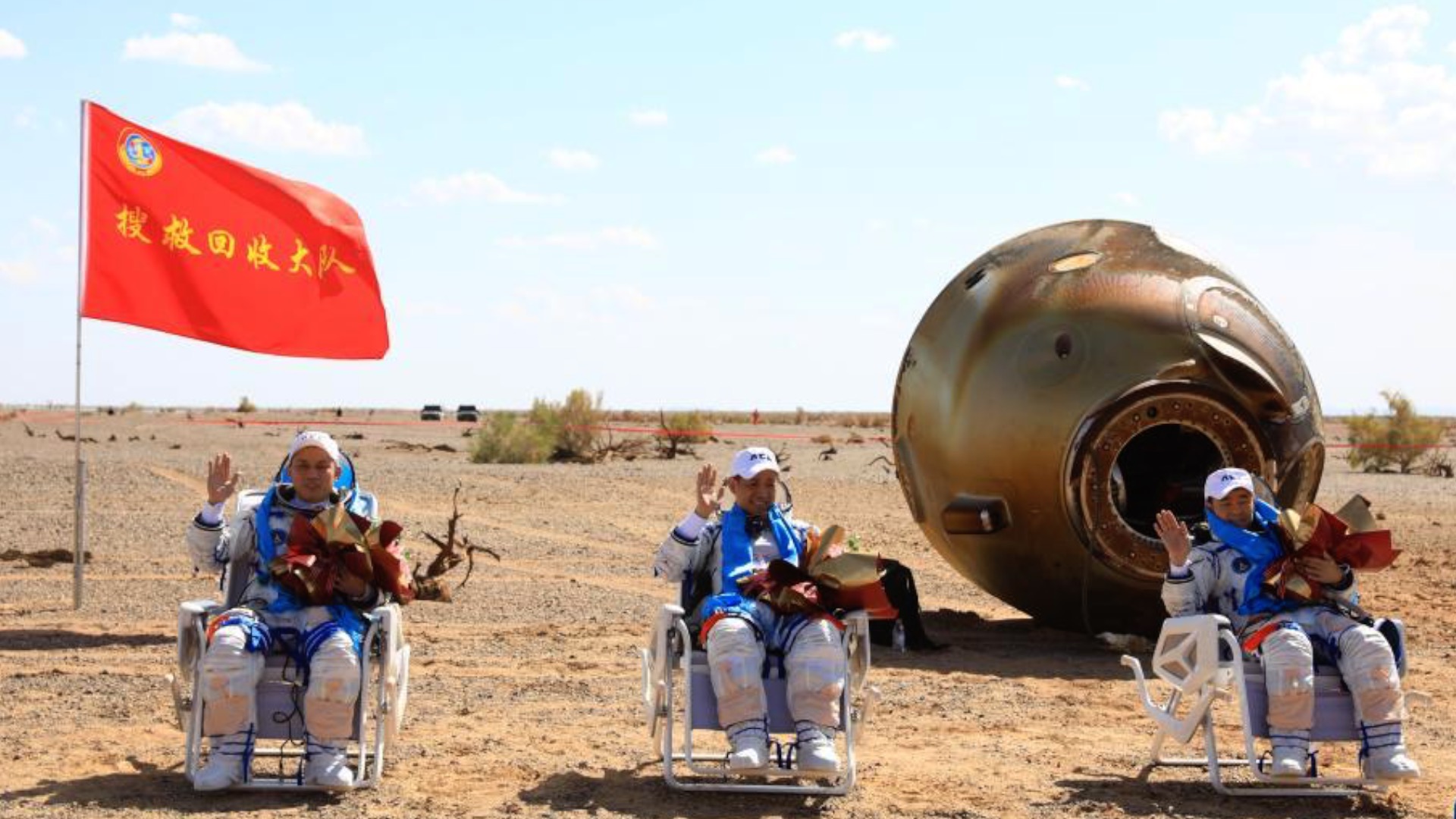 China announced on Friday Shenzhou-12 manned spaceflight mission was a complete success after the return capsule has safely landed in the predetermined area with the least calculation error on record at Dongfeng Landing Site in north China's Inner Mongolia Autonomous Region.

The three Chinese astronauts, or taikonauts, Nie Haisheng, Liu Boming and Tang Hongbo, are all in good condition. 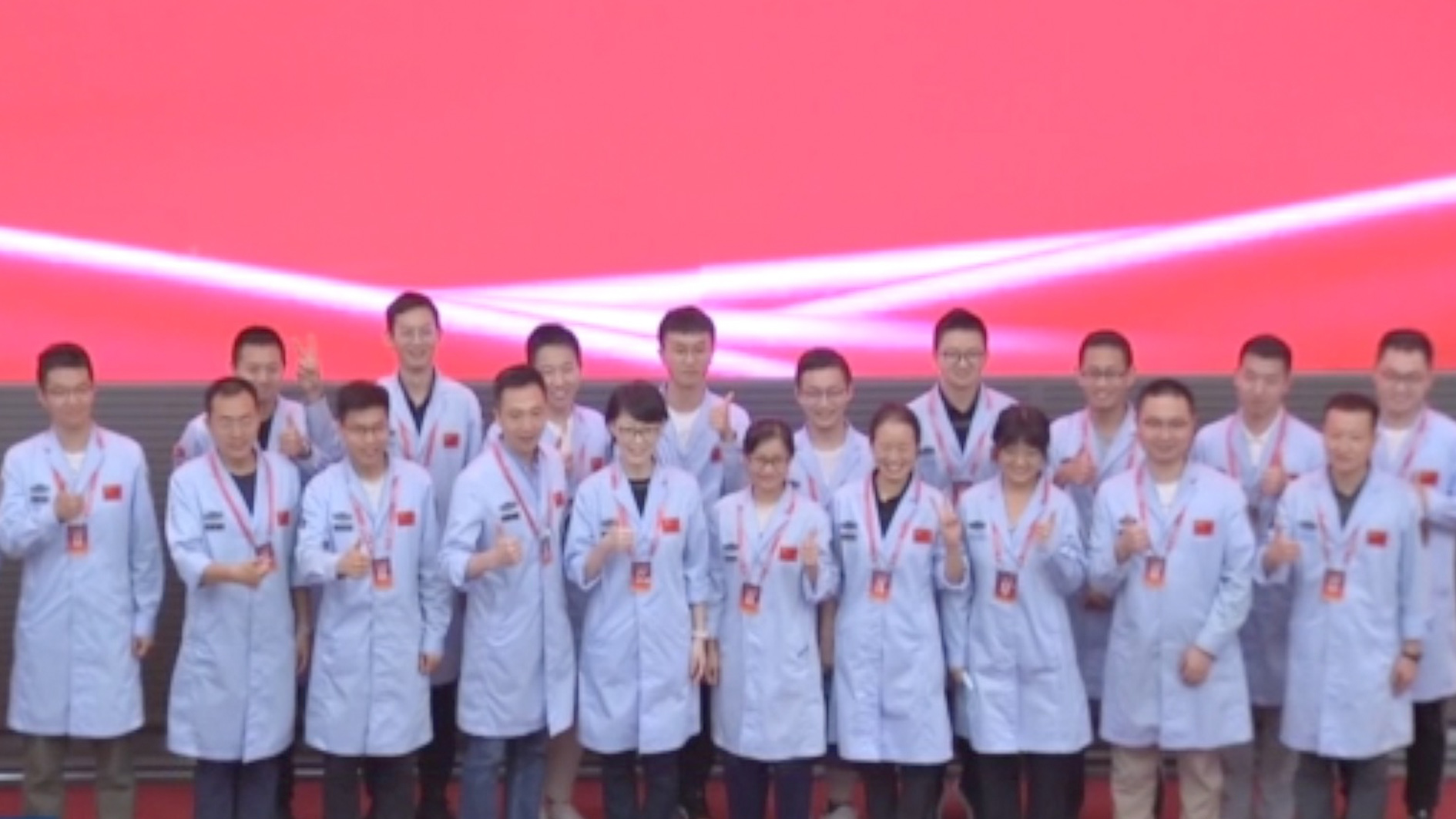 "I would describe today as perfect," Sun Jun, mission chief for the Space Station Project at Beijing Aerospace Flight Control Center, told CGTN. "The entire Shenzhou-12 mission met the goals planned out for it, and this lays a concrete foundation for space station's future development."

Wu Dawei, deputy chief designer of the Astronaut System of China's Manned Space Program said the whole system has been preparing for the day.

"The taikonauts started preparing for their trip home a month ago," she told CGTN at the Beijing Control Center. "Just like going on a business trip, they put everything together nicely, making sure that all things are in good order, as the space station will run awhile unmanned."

She said the system will continue to work and keep the returning taikonauts in good shape. "They will have check-ups, medical protective measures and nutrition plans. The goal is to have them get back to what they were, or even in better shape than before they left. Because they may have new assignments."

All the equipment, such as the homegrown new-generation extravehicular spacesuits and mechanical arms, as well as other support facilities, has been proved successful, and technologies like fast automated rendezvous and docking and radial rendezvous verified, laying an important foundation for subsequent manned missions.

The trio will have a week of quarantine afterwards to ensure their health due to traditional weakened immunity after a long time of in-orbit flight, Huang Weifen, chief designer of the Astronaut Center of China, told China Media Group. Then they will have a few months to re-adapt themselves to life on Earth again. 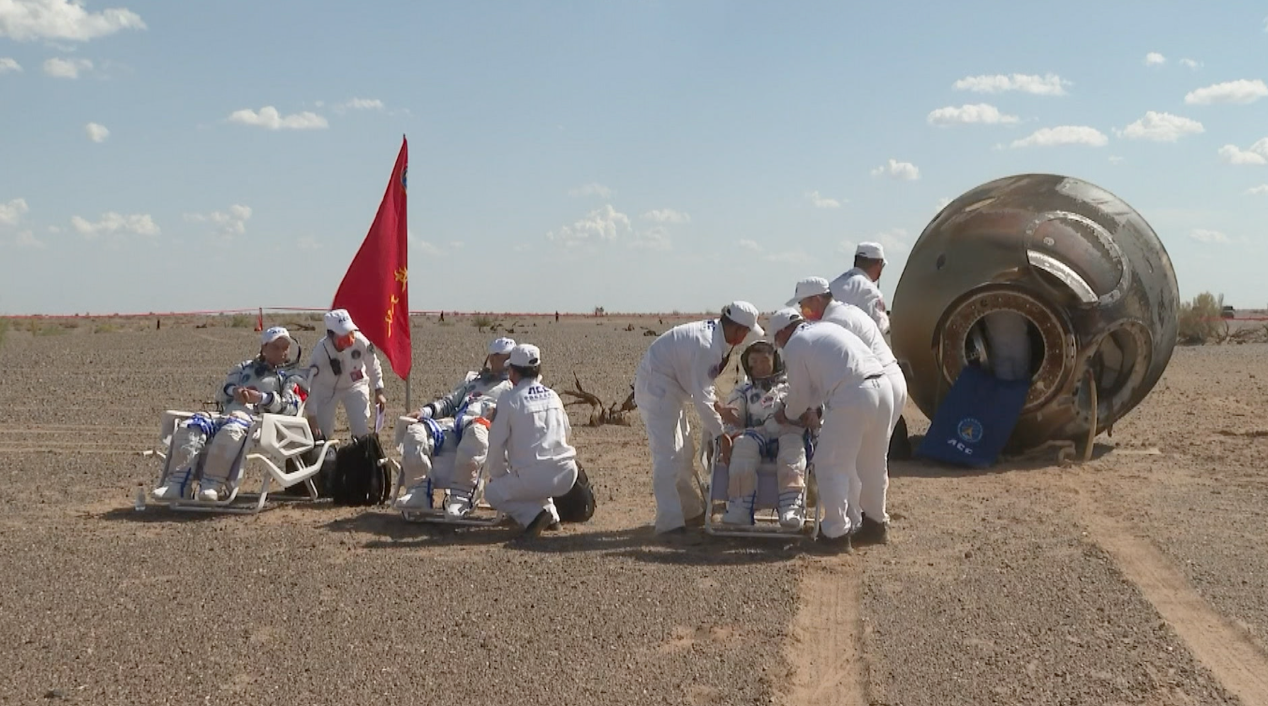 Just like the launch three months ago, the mission's return is filled with challenging tasks and maneuvers that require focus and quick decision-making from ground control.

"For example, if something goes wrong after the orbital module is dropped, we still have time to terminate the mission. But if the problem occurs after the braking engine ignition, the altitude of the orbit has dropped, we have to give the command within 30 seconds so that the return of the spacecraft can be delayed. However, after 30 seconds, the trajectory has formed, and the process is irreversible. We have to think about other options," said Yang Haifeng, head of flight control group for the Shenzhou-12 manned spacecraft at China Aerospace Science and Technology. 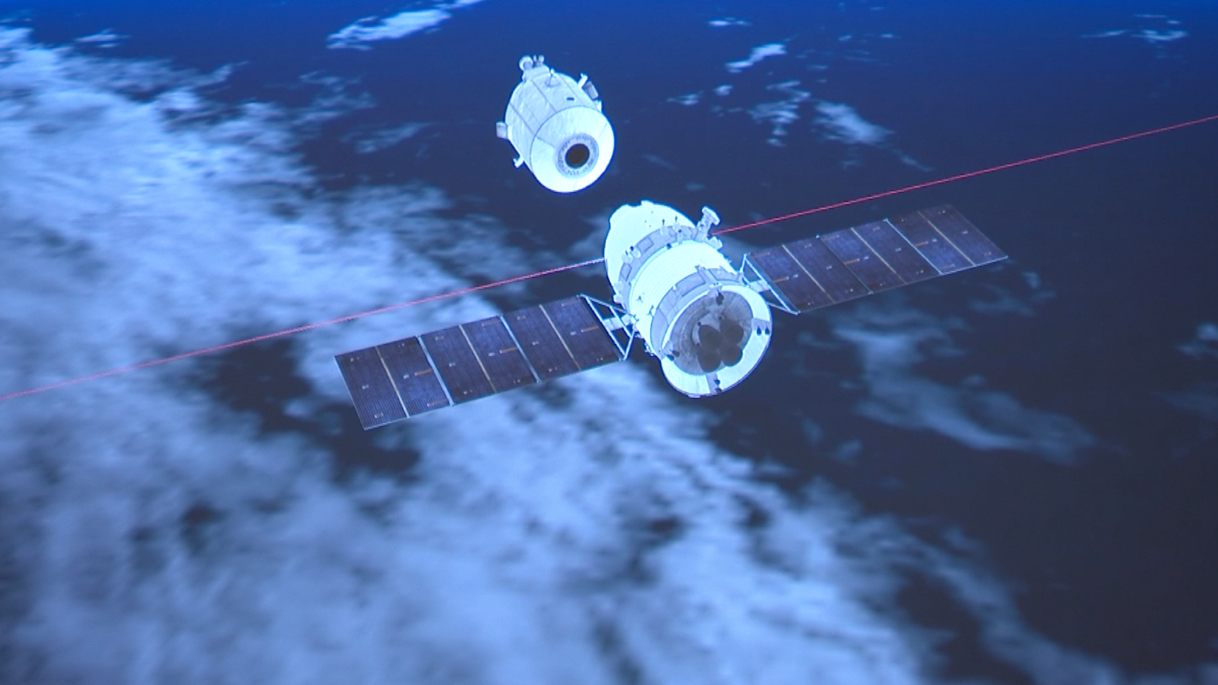 Shenzhou-12 manned spacecraft is detached from the orbital module before returning back on Earth. /CMG

Shenzhou-12 manned spacecraft is detached from the orbital module before returning back on Earth. /CMG

With China's space station under construction, the Shenzhou spacecraft's orbit is more complex than before. There are more risks of emergencies. This requires more detailed designs and technology upgrades.

"This time we added predictive guidance. The starting position of the spacecraft can be determined, according to the target and time setting, the spacecraft can independently calculate the optimal return trajectory," said Zhang Hao, assistant to deputy chief engineer of Shenzhou-12 manned spacecraft at China Aerospace Science and Technology.

Zhang said the return mission of Shenzhou-12 adopted data from China's Beidou navigation satellite system for the first time. It provides real-time information about the spacecraft's position and reduces the probability of landing errors.

Read more: Shenzhou-12 returned: How important is the parachute?