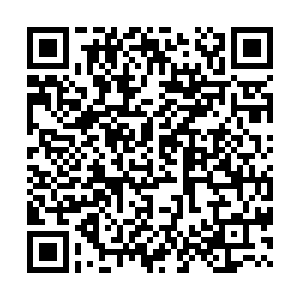 Lam made the remarks after the Chinese Foreign Ministry released Friday a fact sheet on U.S. interference in Hong Kong affairs and support for anti-China, destabilizing forces.

Over the past two years, the external forces including the United States used social unrest and other events as excuses to support anti-China elements in obstructing the HKSAR government's administration, advocating "Hong Kong independence" and "self-determination," and seriously endangering national security, Lam said in a statement

Those external forces "also continuously slander our nation, vilify the HKSAR Government and smear the National Security Law through diplomatic and other domestic political means, which are shameful and despicable," the statement read.

Lam stressed that the U.S. interfering acts listed in the fact sheet are indisputable.

The international community and Hong Kong people will grasp clearly the U.S. hegemony acts that wantonly interfere in Hong Kong affairs through the fact sheet, she said.

A number of representatives of different countries spoke in support of China at the United Nations Human Rights Council session held recently and opposed to interference in Hong Kong affairs, Lam pointed out.

"The improvement to the electoral system ensures the principle of 'patriots administering Hong Kong,' and prevents anti-China elements from entering the political system of the HKSAR through elections," Lam noted.

According to Lam, the actions of the central authorities have helped the HKSAR guard against the interference of external forces, which are crucial to safeguarding national security and the long-term prosperity and stability in Hong Kong.

Hong Kong continues to be a free and open international city, where the business environment remains intact and the rights of the overseas enterprises in Hong Kong are even better protected than before, Lam vowed.

As Hong Kong is better positioned to integrate into the overall development of the nation, overseas enterprises in Hong Kong will be presented with more opportunities than before, the chief executive said, adding that Hong Kong continues to welcome foreign enterprises.