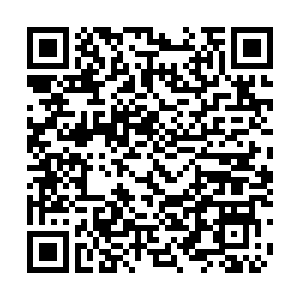 China's Foreign Ministry on Friday issued a fact sheet on U.S. intervention in the affairs of the Hong Kong Special Administrative Region (HKSAR) and how the U.S. supported anti-China forces in Hong Kong.

The document highlighted five aspects of the U.S.' intervention, including enacting Hong Kong-related acts, imposing sanctions in an attempt to obstruct the implementation of the national security law in Hong Kong, making unfounded charges against Hong Kong affairs, shielding and supporting anti-China forces, and colluding with other countries to exert pressure on Hong Kong.

The first part of the fact sheet mentioned several acts signed by former U.S. President Donald Trump, a resolution introduced by Gregory Meeks, chairman of the Committee on Foreign Affairs of the U.S. House of Representatives, and "several other ill-intentioned bills" regarding Hong Kong that are still going through the U.S. Congress.

The document mentioned among other thing the so-called Hong Kong Human Rights and Democracy Act of 2019 and the Hong Kong Autonomy Act passed separately by the U.S. Congress in 2019 and 2020.

On U.S. sanctions on Hong Kong, the fact sheet cited 14 items dating back to May 29, 2020, when Trump announced the revocation of the special status and preferential economic treatment for Hong Kong.

This move was an attempt to cast doubt over Hong Kong's business environment as well as the development of Hong Kong and the prospects of "One Country, Two Systems" in Hong Kong, the fact sheet said.

It also listed what it called "unfounded charges against HKSAR affairs and law enforcement actions taken by Hong Kong police," saying these were made "to undermine Hong Kong's prosperity and stability."

The fact sheet accused the U.S. of shielding and supporting people who were trying to destabilize Hong Kong, providing platforms for them to advocate "Hong Kong independence" and spread political disinformation.

The U.S. twisted facts and misled the public to justify these people's acts, and also teamed up with allies "to interfere in Hong Kong affairs and make irresponsible comments," the document said.

Such actions slandered the central government's policy on Hong Kong, undermined the "One Country, Two Systems" framework, and curtailed the rights and freedoms of the people of Hong Kong, according to the fact sheet.

Commenting after its release, the Hong Kong and Macao Affairs Office of the State Council said on Friday that the fact sheet was a strong response to the U.S.' repeated smears of the central government's policy on Hong Kong and blatant sanctions against Chinese government officials.

The Office of the Commissioner of the Chinese Foreign Ministry in the HKSAR added that releasing the fact sheet demonstrates China's firm determination to safeguard national sovereignty, security and development interests and safeguard Hong Kong's prosperity and stability.

The Liaison Office of the Central People's Government in the HKSAR echoed that China will make necessary and justified counter-actions against all words and deeds that interfere with China's internal affairs and impair its national interests and dignity.

The HKSAR government pointed out that the fact sheet will help Hong Kong people understand the facts and clearly know that Hong Kong has been subject to interference from outside forces in the past years.