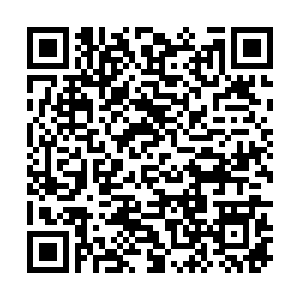 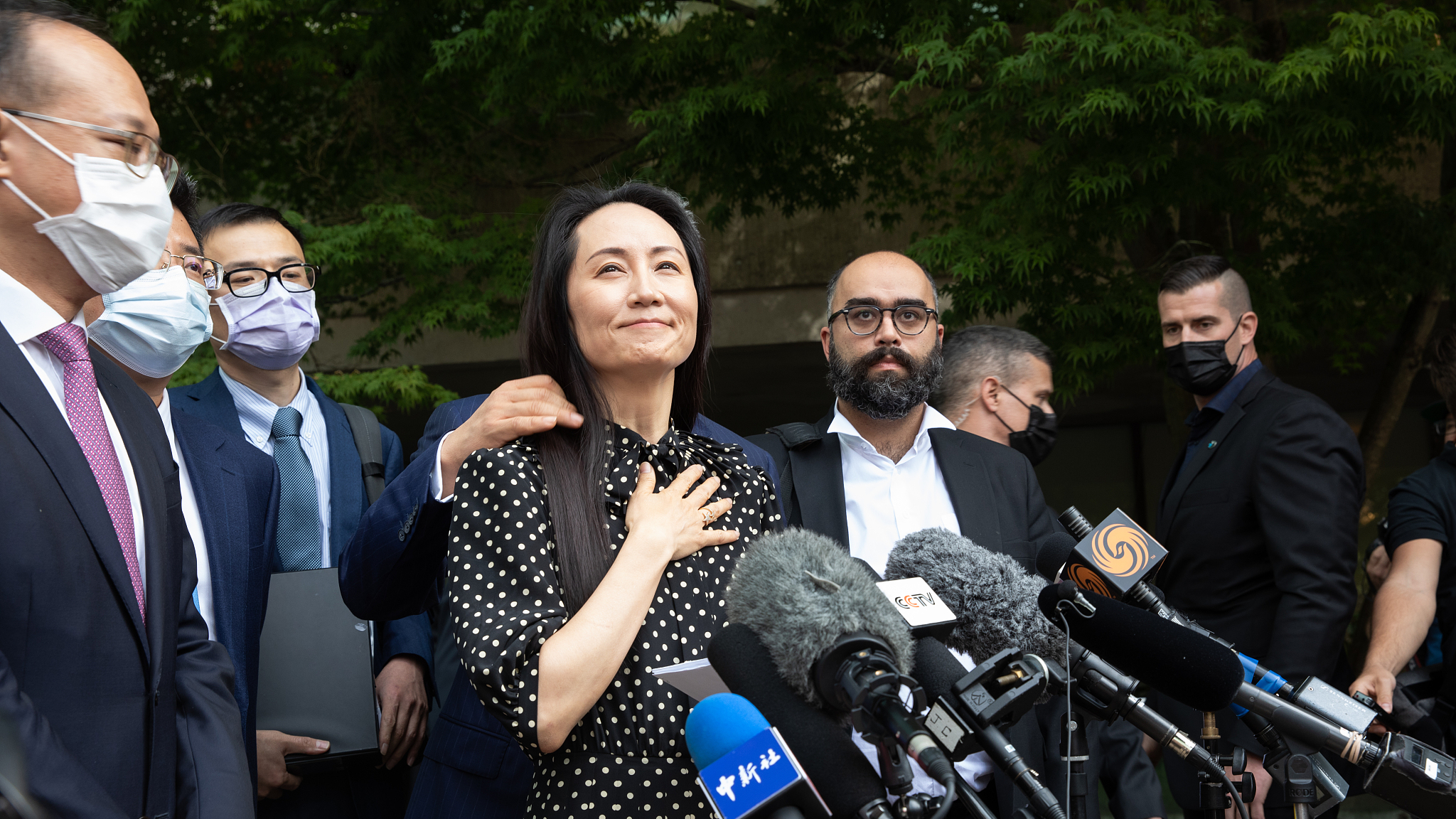 Editor's note: Huang Yongfu is an economic affairs commentator. After earning a PhD, he started his career at the University of Cambridge and then moved on to the UN system. He is the author of many papers and books related to economics. His current interests lie in global development and Sino-U.S. links, especially trade, financial and technological issues. He can be reached via yfhcambridge@hotmail.com. The article reflects the author's opinions and not necessarily the views of CGTN.

The release of Huawei's Chief Financial Officer Meng Wanzhou came as a surprise, which removed one source of tension between Beijing and the West. However, the company may continue to face charges, as U.S. Commerce Secretary Gina Raimondo indicated on September 24 that the Joe Biden administration would continue efforts to block Huawei from getting advanced chips if necessary.

Global opinions should be shaped in ways that stymie America's capricious, assertive and extremely destructive behaviors as a single superpower unconstrained by rules.

Meng's hostage-taking incident was part of the U.S.'s sanctions on Huawei, making a mockery of Western liberalism and free-market competition. Under an "industrial policy" for designated industries deemed strategically important, America's state capitalism embraces statist oversight and intervention to attack "foreign adversaries" through sanctions or boost industries through increased subsidies or funding.

By declaring a "national security risk" or "human rights abuses," America has been aggressively deploying a wholesale weaponization of economic tools aimed at slowing China's technological advancement on a systemic level. Moves have been afoot to wall off sensitive technologies against China behind tariff barriers, import and export controls, subsidies and tougher investment-screening rules, to which the U.S.-China trade war had already led.

As China's biggest high-tech company and among the largest manufacturers of telecoms equipment globally making superior and cost-effective products, Huawei holds a dominant role in 5G technologies with many crucial patents on superfast 5G mobile networks. Huawei represents a technological challenge to U.S. hard power essential for achieving superiority in the military realm. America has unleashed a barrage of actions to cripple Huawei, on the grounds that its smart-phones and networking gear could be Trojan horses for Chinese spies that threaten Western interests.

On import controls, the U.S. Commerce Department put forward policies to prevent imports of any new technology deemed linked to a "foreign adversary," covering chips and data services. The U.S. also urged its allies to stop using equipment in their 5G networks from Huawei 5G standards and technologies that make up part of China's Belt and Road Initiative. The most recent case is the U.S. on July 9, 2021, blacklisting a series of Chinese technology companies from which imports are limited under the premise of human rights abuses in the Xinjiang Uygur Autonomous Region. 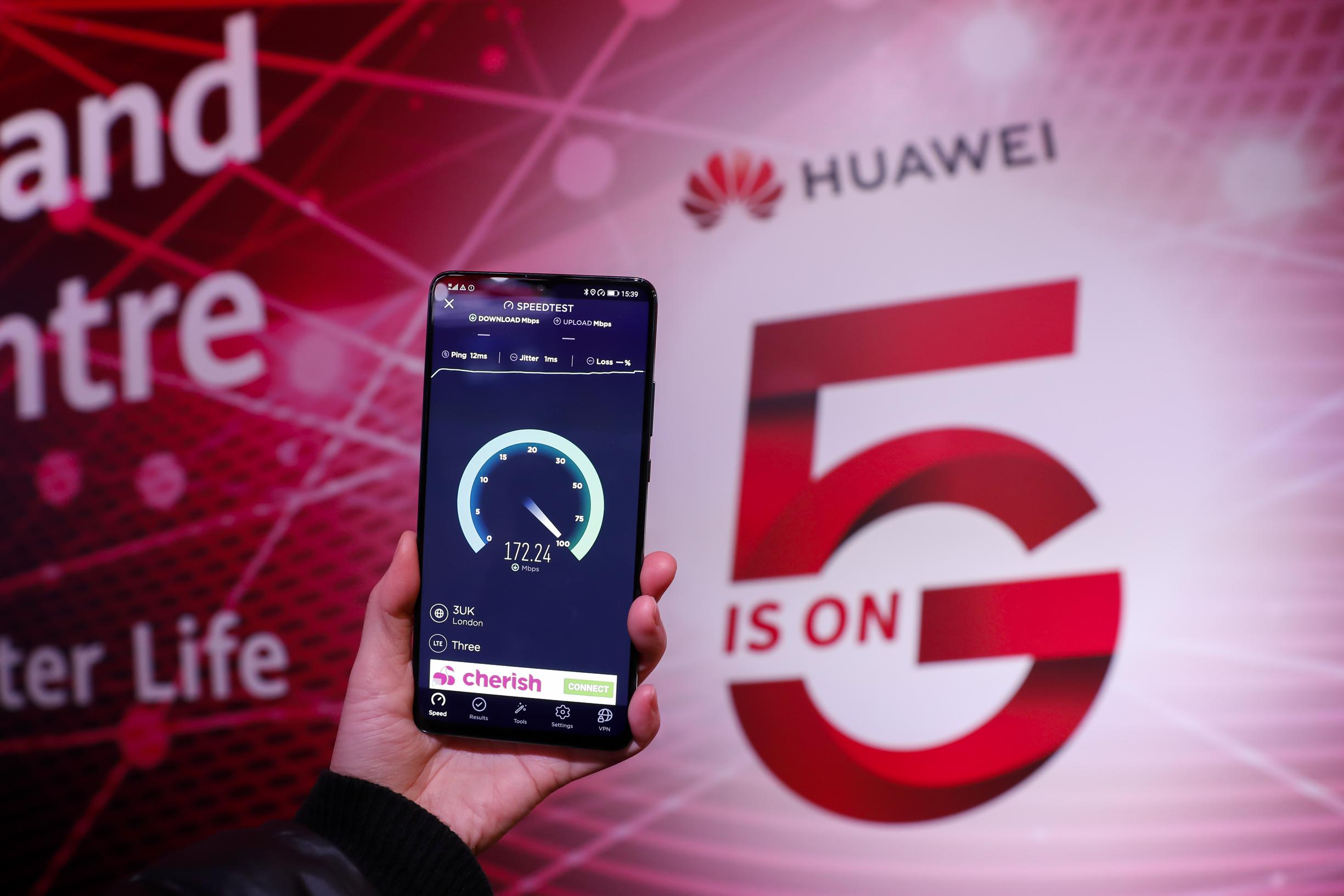 A Huawei 5G mobile phone is testing its speed at the Huawei 5G Innovation and Experience Center in London, January 28, 2020. /Xinhua

A Huawei 5G mobile phone is testing its speed at the Huawei 5G Innovation and Experience Center in London, January 28, 2020. /Xinhua

On export controls, the U.S. Commerce Department in February 2020 changed the so-called foreign direct product rule, which restricts a list of emerging technologies sold to China and other countries for military or national-security products. By the end of last year America had added over 300 Chinese companies to an "entity blacklist," which prevents U.S. companies from exporting critical or sensitive technology to them due to "national security threat." Most famously, Huawei was subjected to this in 2019. Nearly any exports of components and software to Huawei in particular, and China in general, would require export licenses.

Increasing sharply in both the U.S. and Europe, state subsidies have been the most prominent of a range of government interventions to direct resources to industries critical to their national interests, from next-generation 5G wireless technology, chip-manufacturing, and electric-car batteries to pharmaceuticals.

Investment in innovation and manufacturing is another area the U.S. government actively works on, as demonstrated by the U.S. Innovation and Competition Act of 2021 passed by the Senate in June, with several specific provisions meant to counter "Chinese influence domestically and abroad." It includes increased funding for the National Science Foundation and stronger measures to increase diversity in STEM (science, technology, engineering, and mathematics) educational and research activities.

No longer satisfied with financial support for research, the White House in May 2021 even proposed a breadth of tools to move production of four sectors deemed vital to the supply chain back from China to the U.S., using populist rhetoric about bringing back millions of manufacturing jobs. It's perfectly possible for America to do more manufacturing itself, but not advisable with increased prices and lowered demand. According to the theory of comparative advantage put forward by David Ricardo, nations prosper when they specialize in the things which they do best and engage in trading. The U.S. would get better if it focuses on its own strengths as a nation and allows both nations to trade freely.

The essence of capitalism is the ownership of private property. Free-market capitalism is the very foundation of the civilized order where people can produce goods and services and sell them to those who need them based on the principle of comparative advantage. A tide of profit maximization and untrammeled entrepreneurship is pursued as long as personal and property rights are respected, according to Adam Smith's 1759 book "The Theory of Moral Sentiments."

America's state capitalism might help companies maintain market share, but it blocks the free flow of goods and ideas across borders. The world is already deeply interconnected and integrated. Job creation and prosperity can be secured by the technological cooperation and increased capacity of a market economy based on the principle of comparative advantage, not by protectionist policies. What we need is laws that encourage competition by leveling the playing field rather than impeding it, as well as a society that understands that capitalism and freedom go hand-in-hand.

With the release of Meng, it is sensible for the Biden administration to reverse the continued battle over technology, avoid antagonism against China and concentrate on meaningful interactions and cooperation in areas such as climate change and trade.