The Afghan Taliban announced on Saturday that a high-level delegation of its government met with a U.S. delegation in Qatari capital Doha.

It was the first such gathering since the United States withdrew from Afghanistan in late August and the first foreign visit by Taliban government officials.

Amir Khan Muttaqi, acting foreign minister of the newly-formed Afghan administration, said the two sides discussed opening a new chapter in bilateral relations and Taliban officials called on the U.S. side to lift a ban on frozen assets in the Afghan Central Bank.

Afghanistan after one month of Taliban rule

The Taliban delegation also urged the U.S. to respect the sovereignty of Afghanistan's airspace and not interfere in its affairs, he said, stressing that the focus was on humanitarian aid and the implementation of all the provisions of the Doha Agreement, concluded between the two sides in February 2020.

"We clearly told them that trying to destabilize the government in Afghanistan is good for no one," Muttaqi told Afghan state news agency Bakhtar after the talks in the Qatari capital.

The U.S. delegation, led by CIA Deputy Director David Cohen, mainly focused their talks on terrorism and easing the evacuation of foreign citizens and Afghans from the country, according to U.S. media reports.

A State Department official described the engagement as pragmatic in nature and focused on "issues of U.S. vital national interest" and told CBS News the meeting "is not about granting recognition or conferring legitimacy." 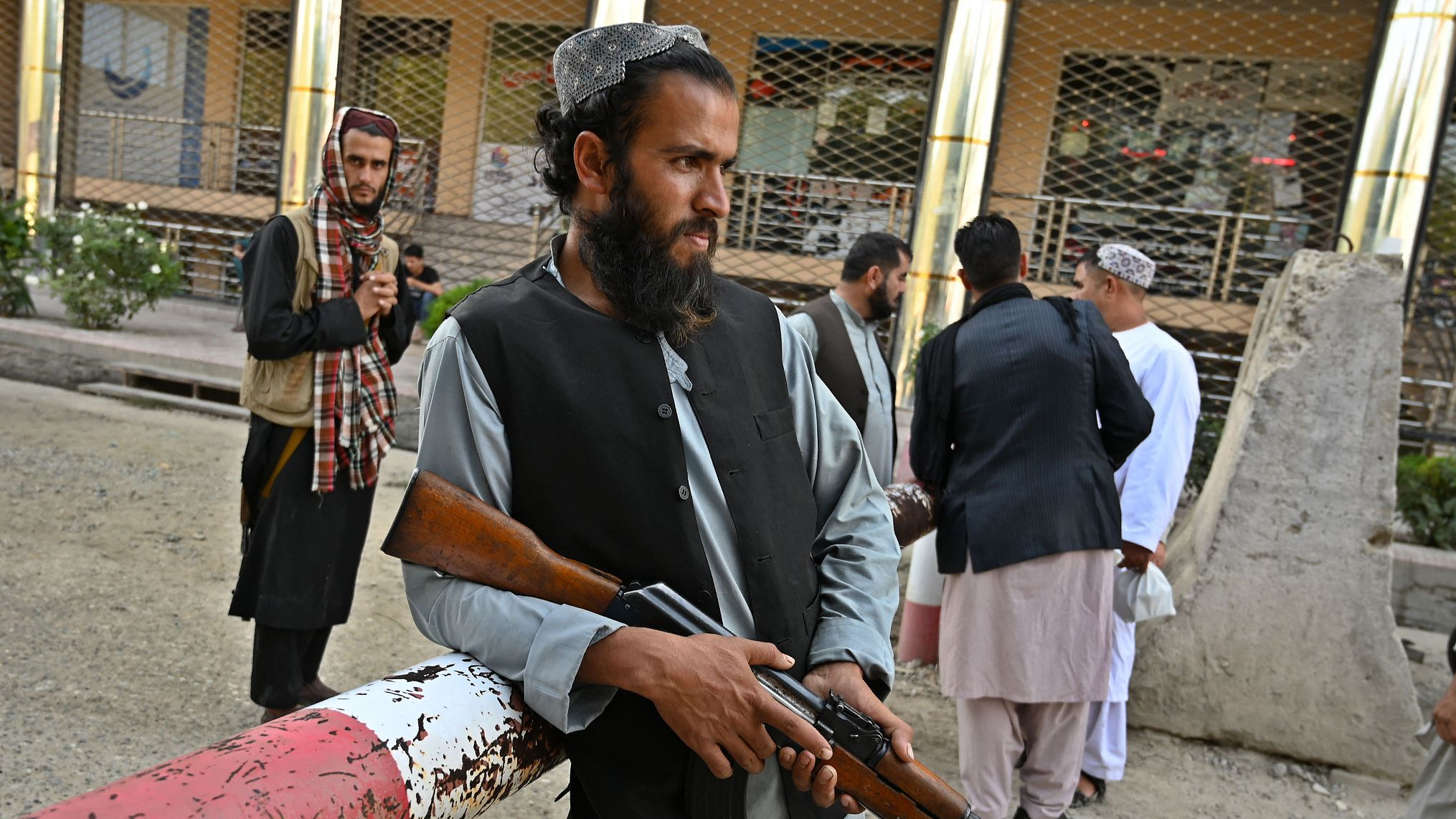 A Taliban fighter stands at a gate outside the passport office as people wait with their documents after the Taliban announced the reopening of the passport application process, in Kabul, Afghanistan, October 6, 2021. /CFP

A Taliban fighter stands at a gate outside the passport office as people wait with their documents after the Taliban announced the reopening of the passport application process, in Kabul, Afghanistan, October 6, 2021. /CFP

The Twitter account of a Taliban spokesman stated that on Friday a high-level delegation led by Muttaqi headed to Doha to meet with Qatari officials and representatives of other countries on the current political situation and the country's external relations.

According to Muttaqi, the Taliban delegation will meet with representatives of the European Union in the coming days.

Qatar plays a major role in the Afghan issue. According to official statements, it facilitated the evacuation and transfer of tens of thousands of people from Kabul, helped reopen Kabul Airport to receive aid and flights, and provided an estimated $50 million in financial aid to Afghanistan.

The Taliban has maintained a political office in Doha since 2013.

The Qatari capital has for years witnessed negotiations between the Taliban and the United States and is where the peace agreement between the two sides was signed in February last year, which provided the basis for the withdrawal of foreign forces from Afghanistan.