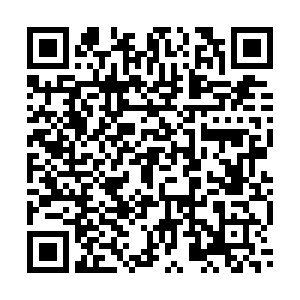 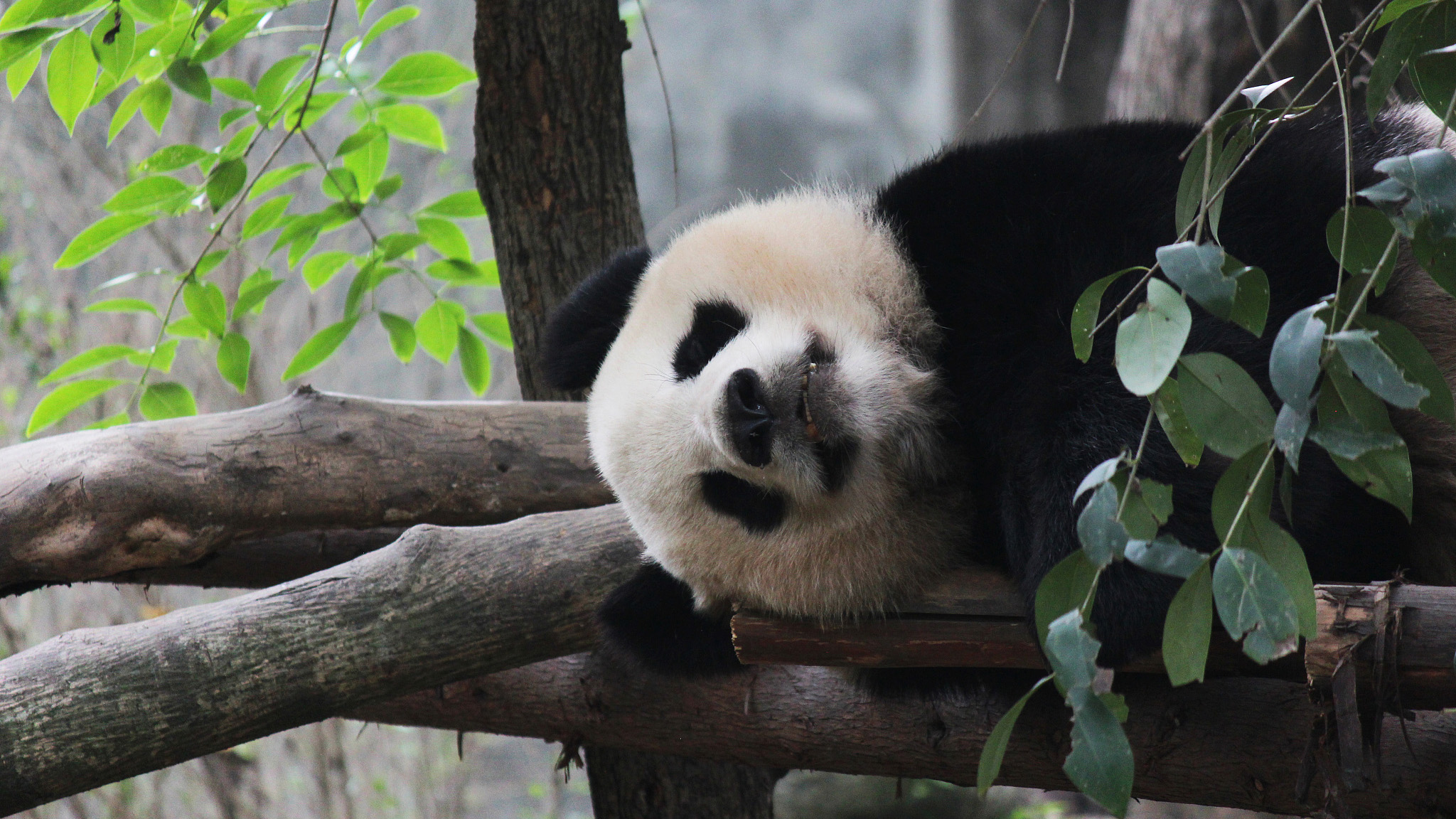 China has made milestone achievements in wild giant panda protection and breeding through arduous and persistent efforts, which has thrived and prospered its population from the brink of extinction.

China's State Council on October 8 issued a white paper on "Biodiversity Conservation in China", which has systemically and holistically expounded the country's  efforts in restoring and conserving biodiversity over the past four decades.

According to the white paper, with the rapid increase of captive-bred giant panda population, the level of endangerment of this species has been downgraded from "endangered" to "vulnerable", and the captive-bred individuals have been successfully released into the wild and integrated into wild population.

Over the past 40 years, the wild population of giant pandas has increased to 1,864 from the previous 1,114, which is a remarkable achievement and a distinguish case of biodiversity protection in China, said the white paper. 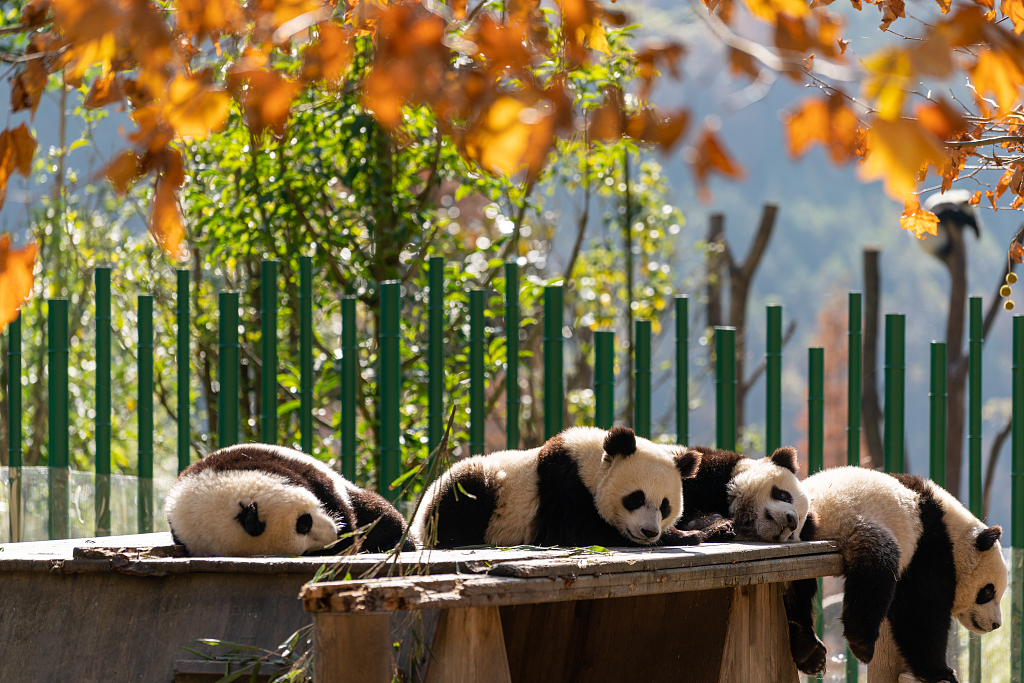 "In the latest round of assessment, the level of endangerment of giant panda was downgraded from 'endangered' to 'vulnerable' on both the China Species Red List and International Union for Conservation of Nature (IUCN) Red List of Threatened Species, indicating that the species' threatened status has been greatly changed. The major reason behind such an improvement is actually that China has invested a lost of manpower and material resources in the protection of giant pandas over the past few decades, which has achieved obvious effects that the numbers of wild panda population and their natural habitats have increased obviously in the past few decades," said Li Sheng, a researcher with the School of Life Sciences of Peking University. 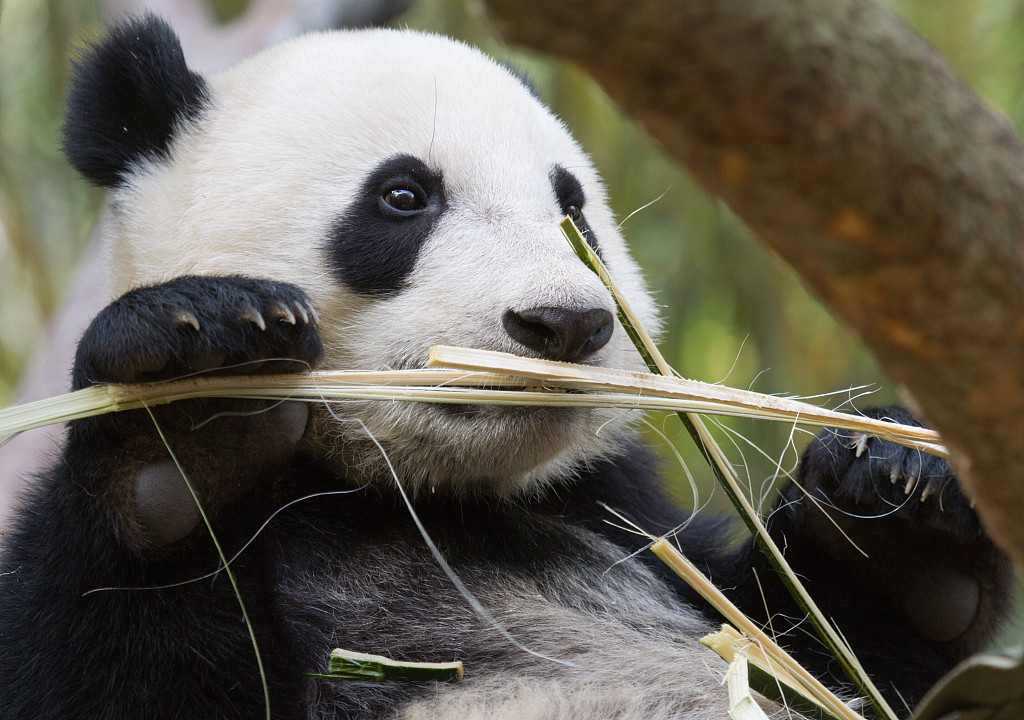 Panda cub with its bamboo. /VCG

Panda cub with its bamboo. /VCG

In order to change the endangered status of the rare species, China has made great efforts in terms of setting up nature reserves and developing breeding technique.

China set up its first batch of nature reserves for giant panda in 1963, while the country has established 67 such nature reserves so far. Among them, the Chengdu Research Base for Giant Panda Breeding has the current largest captive-bred panda population in the world, with the population number increasing to 217 from the original six.

China set aside a large area bordering three provinces, which were Sichuan in southwest China as well as Shaanxi and Gansu in northwest China to establish a Giant Panda National Park. A total of 1,340 wild giant pandas are included in the protection range of the national park, accounting for 71.89 percent of the total wild giant panda population in China.

In addition to protecting wild giant pandas, the Giant Panda National Park has also played a positive role in helping protect biodiversity in the country, providing a habitable environment not only for the pandas but also dozens of other species.

It is one of the 34 hot spots for biodiversity in the world.