Download
Land of Diversity: Revealing genetic secrets of world's highest living snakes
By Tech it out 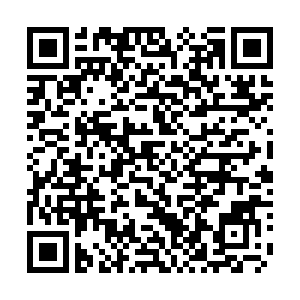 What can a snake that chooses to live by Tibet's hot springs tell us about genetic mutation and surviving in extreme environments on the "Roof of the World"?

The snakes of the genus Thermophis – more commonly known as "hot-spring snakes," are in fact not even remotely "common." They are one of the world's rarest reptile species and are found exclusively on the Tibetan Plateau.

As the name suggests, they dwell in high-altitude geothermal springs as winters on the plateau are often, if not always, unforgiving.

After studying and comparing hot-spring snakes' genomes with that of other snakes, Chinese scientists identified a gene called EPAS1.

The gene has demonstrated an obvious mutation on hot-spring snakes throughout their evolution, making them much more sensitive to heat sources than their close relatives. And since most natural heat sources on the Tibetan Plateau are most likely just hot springs, the snakes can locate the springs rather easily. Warmer temperatures can easily keep the snakes from freezing to death.

Another advantage of genetic mutation is the snakes' immunity to intense UV radiation at high altitudes, which scientists believe may have implications for human beings.

The study of Tibetan hot-spring snakes shows China's dedication to the preservation of biodiversity.

CGTN's "Tech It Out Studio" has spent the past several months following three groups of scientists in their cutting-edge labs and their study of the biodiversity existing in the vast wilderness on the Tibetan Plateau.

The rest of our special series "Land of Diversity" will be aired and published on CGTN during the 2021 UN Biodiversity Conference held in China's Kunming. Stay tuned.