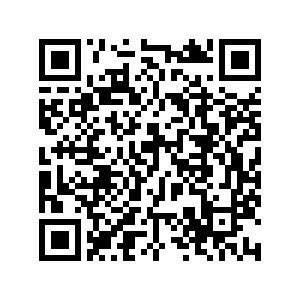 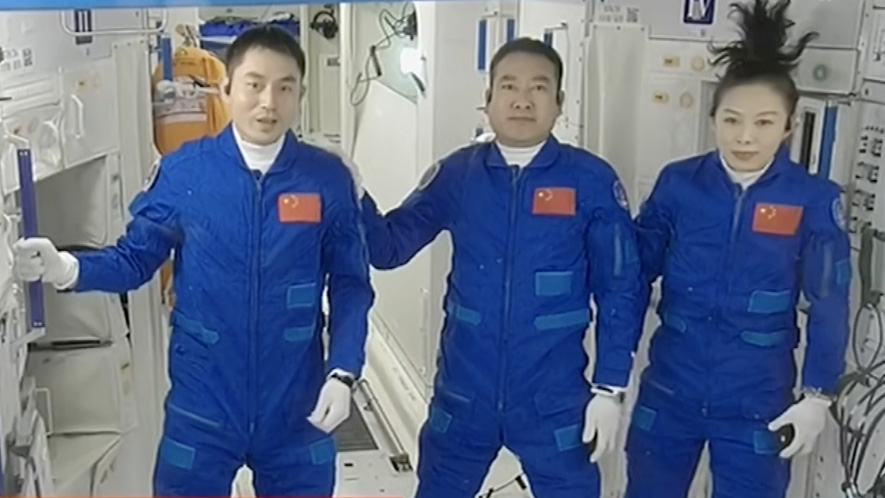 The three Chinese astronauts or taikonauts, carried into space on board the Shenzhou-13 spaceship, entered the core module Tianhe of China's space station on Saturday, according to the China Manned Space Agency (CMSA).

The trio – Zhai Zhigang (the commander), Wang Yaping and Ye Guangfu – entered Tianhe hours after the spaceship successfully docked with the core module, becoming the second crew to be stationed there.

Wang also became the first female taikonaut to work in the space station and take a spacewalk.

Tasks ahead during Shenzhou-13 mission

During their six months' in-orbit stay, the crew will carry out a series of tasks as scheduled.

Two to three extravehicular activities (EVAs), also known as spacewalks, are planned for the mission, which will be completed via collaboration, Ye told China Media Group (CMG) in an interview before their launch.

The specific division of work will be arranged and adjusted depending on the actual situation, Ye added.

Different tasks are set in each EVA for the construction of the space station, Zhai told CMG.

"We'll have more space science experiments than the Shenzhou-12 crew as we have a longer flight time," said Zhai.

A special task this time is that the crew will remotely control a spacecraft to dock with the space station, Zhai added.

Tests of key technologies, further verification of life support technologies and comprehensive performance and compatibility assessment of all systems will also be conducted.

"Apart from the tasks, we also hope to do more space science education, to bring space closer to the general public," said Wang, which she hoped will help people learn more of space and the taikonauts' life in space. 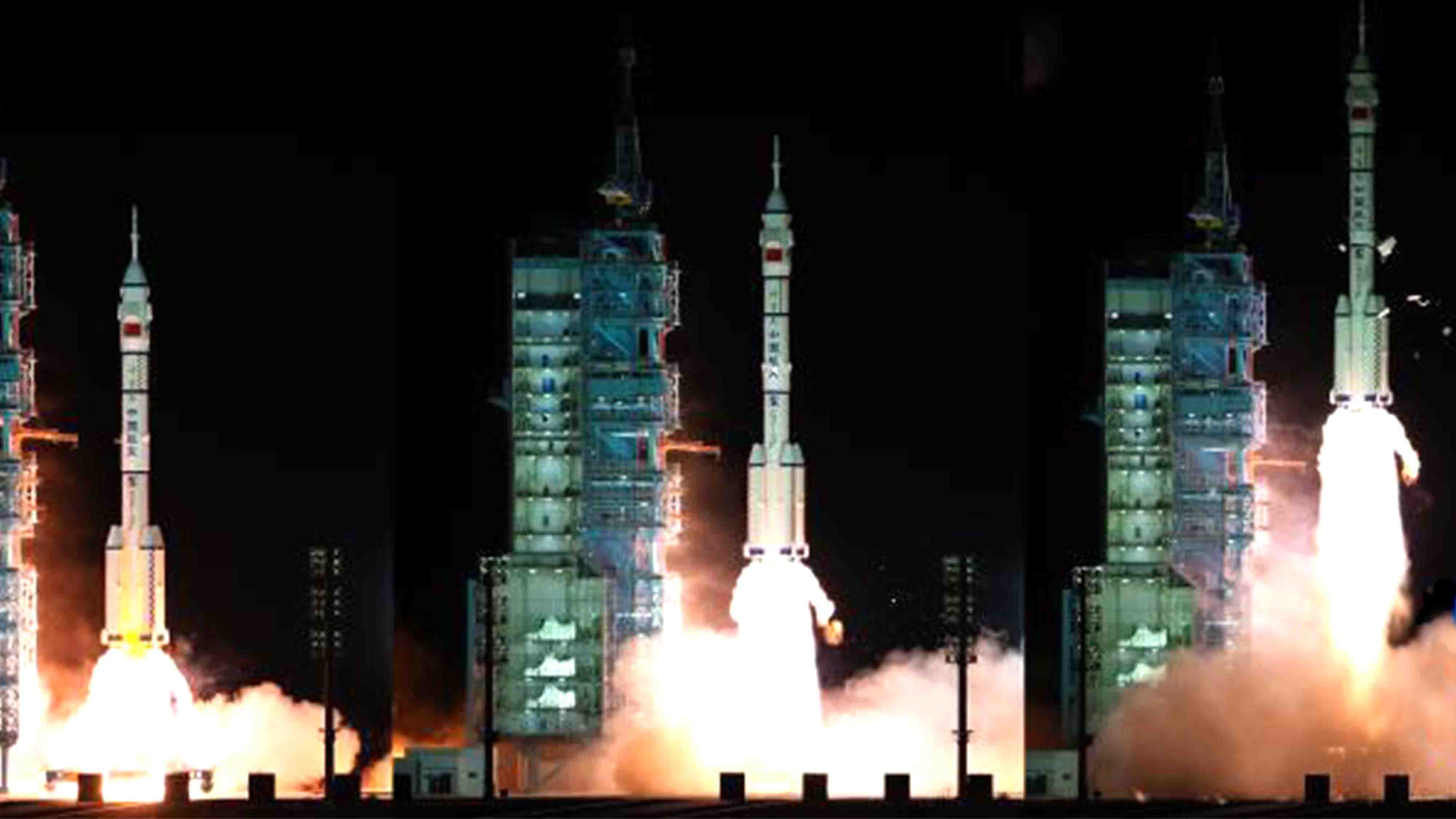 China launched the Shenzhou-13 manned spaceship in the early hours of Saturday morning from the Jiuquan Satellite Launch Center in northwest China's Gobi Desert, after a see-off ceremony held on the ground Friday evening.

The Shenzhou-13 mission is one of a series of launches to complete the building of China's new space station called Tiangong by the end of 2022. Previously, China successfully launched the Tianhe core module, two Tianzhou cargo ships and the Shenzhou-12 crewed spaceship to construct the space station.

Following the Shenzhou-13 manned mission, six flight missions remain before China completes a fully-operational space station by the end of next year, according to a press conference on Thursday.

The Tianzhou-4 cargo ship will be first launched to deliver supplies for the Shenzhou 14 manned mission followed.

During the Shenzhou-14 crew's stay in orbit, China will launch Wentian and Mengtian lab modules to dock with the Tianhe core module.

Then the Tianzhou-5 cargo spacecraft and the Shenzhou-15 spaceship will be launched.

With the International Space Station set to retire in the coming years, China's space station will become the only one in Earth's orbit. The China National Space Administration has expressed its desire for international cooperation and non-Chinese astronauts are being trained for future space station missions.

CNN quoted David Burbach, associate professor of national security affairs at the U.S. Naval War College, saying "What is truly impressive about China's space program is how rapidly it has advanced on all major fronts, from a pretty low base as recently as the 1990s."

"The European Space Agency (ESA), Russia, India, and Israel have suffered Moon or Mars probe failures in recent years; China succeeded with both on the first tries," Burbach added.

"Congratulations to the launch teams for the #Shenzhou13 mission," posted the ESA, retweeting a video showing the launch.

"We will continue to engage in international cooperation and exchanges at wider scope and deeper level and make positive contributions to the exploration of the mysteries of the universe, the peaceful use of outer space and the building of a community with a shared future for mankind," said Zhao.