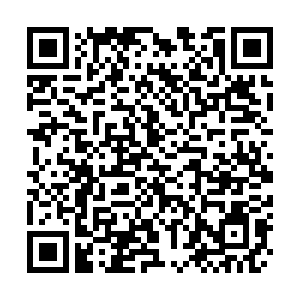 The spaceship, launched early Saturday morning, completed orbital status setting after entering the orbit and conducted a fast automated rendezvous and docking with Tianhe, forming a complex together with the cargo craft Tianzhou-2 and Tianzhou-3. 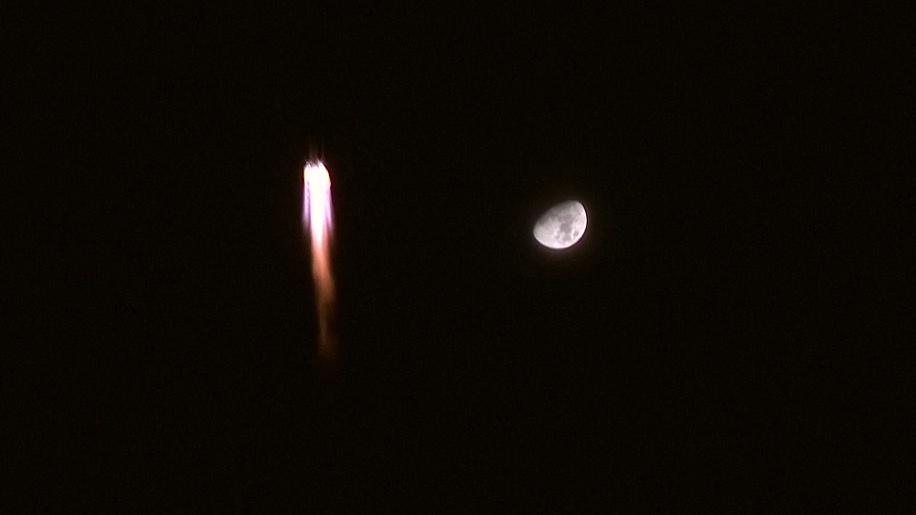 This is the second crewed mission as part of the construction of China's space station.

Deputy Technology Manager of Manned Spaceship System at the China Academy of Space Technology Shao Limin in an interview with CGTN described the docking process as being "perfect in every way."

"The rendezvous and docking from a radial direction is risky, that's why Shenzhou-12 particularly tested out the process before it left. The docking of Shenzhou-13 is perfect in every way and completely in alignment with our design," he said.

He added that the mission is now in a longer and harder phase and will be the longest stay planned for Chinese astronauts, or taikonauts.

The trio will stay in orbit for six months, a new record for a Chinese crewed mission in space. 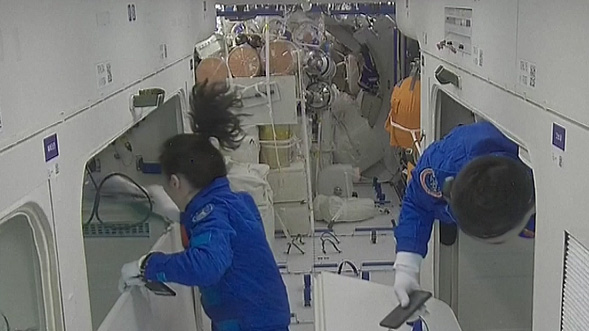 "It's challenging for taikonauts and spacecraft, including the manned spaceship," he said. "The long period of time gives uncertainties. For one, the longer you stay out the more external influences and impacts you will meet."

"There are also internal effects. We have done complete tests on the ground but you can only say you've really done it when you complete it in space," he said. "I think of it as a long battle."

Even after the taikonauts have settled in the core module, Shao said the space engineers still have plenty to keep an eye on in the next hours and days, including the assembly's power situation.

"We are closely watching the grid-connected power supply situation. While the Shenzhou-12 mission has tested it, this kind of power supply would be a lifeline for Shenzhou-13."