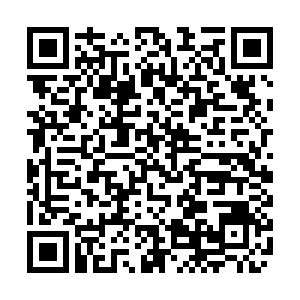 There is only one system, one order and one set of rules in the world, and all countries should act within this framework rather than going their own way or trying to set up another, said Chinese President Xi Jinping on Monday.

He made the remarks during a virtual meeting with United Nations Secretary-General Antonio Guterres at the Great Hall of the People in Beijing as this year marks the 50th anniversary of the restoration of the People's Republic of China's lawful seat in the United Nations.

A commemorative meeting was held on Monday, during which the president called for joint efforts to build a community with a shared future for mankind.

China held the commemorative meeting not only to review the extraordinary journey China and the United Nations have taken together, but also to work together to build a better world from a new historical starting point, Xi said.

Addressing regional hotspot issues, the world must abide by the purposes and principles of the UN Charter, respect the will of the peoples of the countries concerned and resolve problems through political means, he added.

Major countries should respect each other, coexist peacefully and seek mutual benefit, which serves the common interests of the international community, he said.

Noting the impact of COVID-19 on development and livelihood in all countries, especially developing countries, Xi stressed unity against the pandemic and economic recovery.

China is ready to step up coordination with the UN to promote the implementation of the Global Development Initiative and resolve the development dilemma of developing countries, he said, adding that China will continue to make contributions to addressing global climate change and biodiversity conservation.

In the past 50 years of cooperation with the UN, staying committed to multilateralism has been an important experience, he noted.

For his part, Guterres thanked China for upholding multilateralism, supporting the work of the United Nations and playing an important role and making major contributions to world peace and development. He said the international community needs to strengthen solidarity and cooperation, uphold multilateralism, improve global governance and achieve greater equity and justice.

Global Development Initiative proposed by President Xi is of great and positive significance to promoting equal, balanced and sustainable development of the world and the UN fully supports it and stands ready to strengthen cooperation with China in this regard, he added.