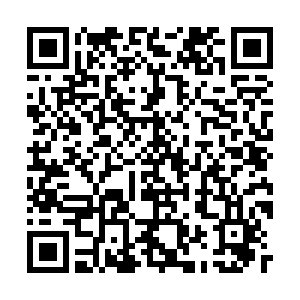 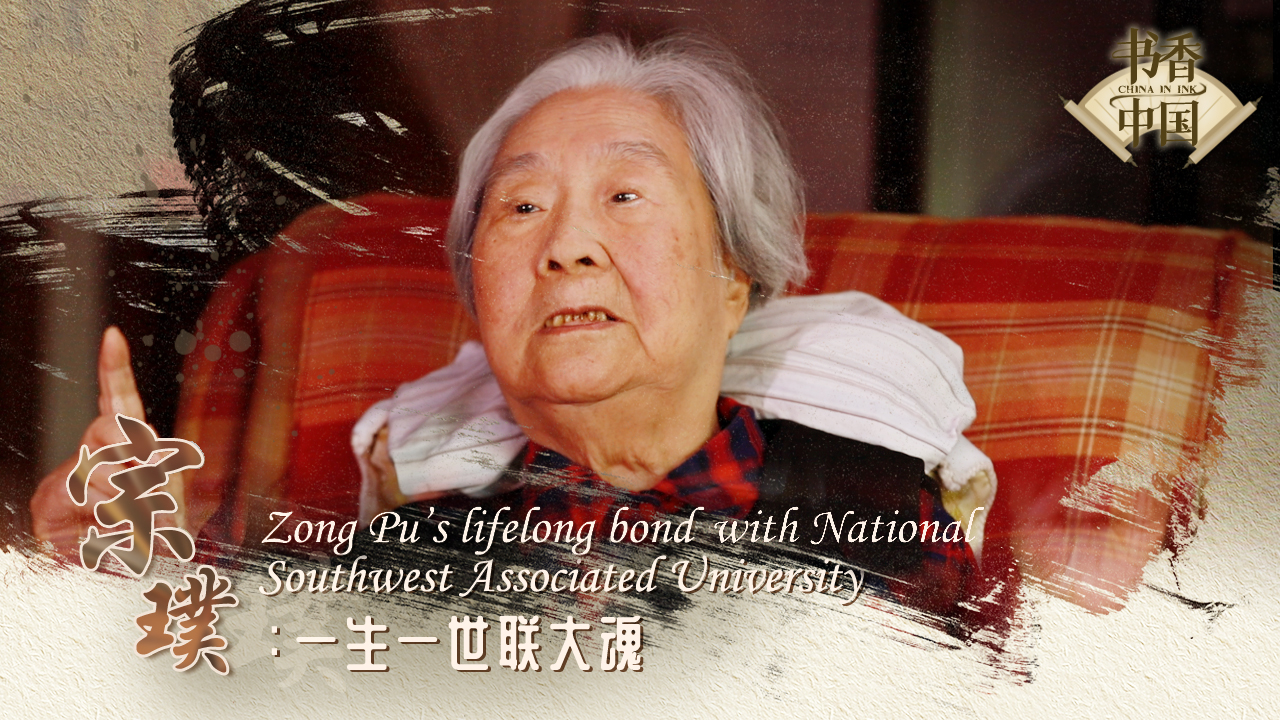 Distinguished Chinese writer Zong Pu, 93, is best known in China for one of her short prose pieces, "A Waterfall of Purple Wisteria Vines," thanks to its presence in Chinese textbooks for middle school students.

But she is so much more than a writer of elegant prose.

Zong made her name at a young age for her short fiction "Red Beans," a painful romantic story that explored the conflict between love and moral convictions of a person at a time of dramatic social changes. The story, with a soft feminine touch, was a huge hit in China in the 1950s, making her a beloved popular author at the time.

The reform and opening up heralded literary revival on the Chinese mainland in the 1980s and many Chinese writers welcomed their belated golden days. After a two-decade-long hiatus, Zong created a slew of literary pieces that won her fame both at home and abroad, such as "Melody in Dreams" (1978), "The Everlasting Stone" (1980) and "Who Am I?" (1983).

At the age of 57, Zong started to write her epic series "Wild Gourd Overture." The story is set in the National Southwest Associated University during the 1930s and the Chinese People's War of Resistance Against Japanese Aggression, featuring intellectuals of several generations in China. 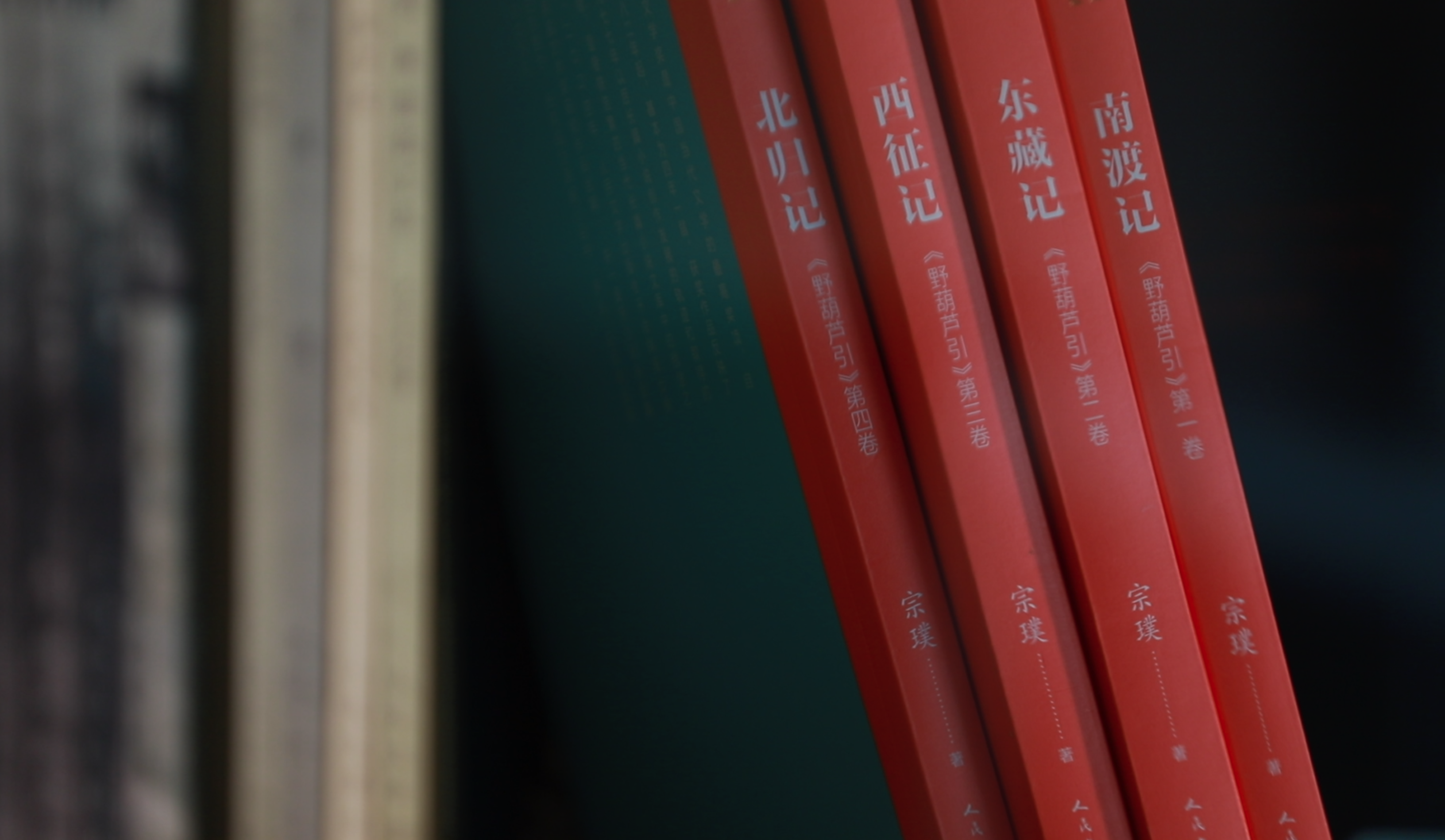 She was awarded the Mao Dun Literature Prize, China's most prestigious literature prize, for the second book of her "Wild Gourd Overture" series, "Note of Hiding in the East." In 2019, "Back to the North," the last book of the series, was published when she was well past 90.

"I've always remembered what writer Wang Anyi once said, 'You were born to write this novel. Maybe that's true,'" she told CGTN during an exclusive interview recently.

Zong considered herself a witness and a destined recorder of a most turbulent time of the country when Chinese people rose up against the Japanese invasion and tens of thousands of people sacrificed their lives for the cause.

On July 7, 1937, Japanese troops crossed the Lugou Bridge on the outskirts of Beiping, then Beijing, beginning Japan's full-scale invasion of China. In the same year, Peking University, Tsinghua University and Nankai University moved southward for safety. The three schools then merged to form the National Southwest Associated University in Kunming, capital of southwest China's Yunnan Province.

Zong moved there at a young age and spent eight years there, following her father Feng Youlan, who was working as a key faculty member at the school. 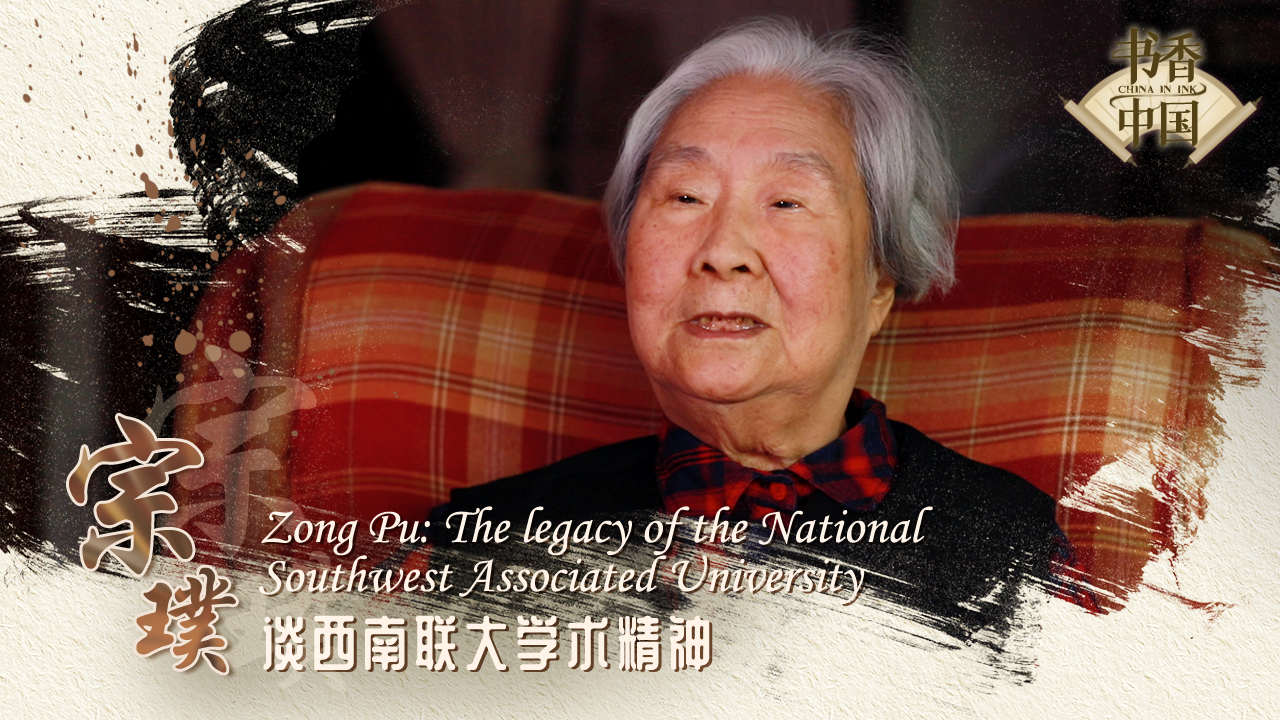 Zong recalled her childhood time living in Kunming when the city was often bombarded with enemy shells and people would bump into Chinese troops on the street once in a while.

"I would sit out on the street in the evening as troops passed by. They sang as they marched past. I couldn't hear clearly all of what they sang, but one phrase always stuck: 'death before surrender.'"

In the 1980s, she revisited Yunnan Province and made a trip to the National Memorial Cemetery in Tengchong City, where the soldiers who fought and died to defend Yunnan during the 1930s and 1940s were buried. She couldn't help but feel sadness welling up and wept outside the cemetery.

"The war was an effort of the entire Chinese nation to resist Japanese aggression. Just as China absolutely had to win the war, I had to finish my novel." 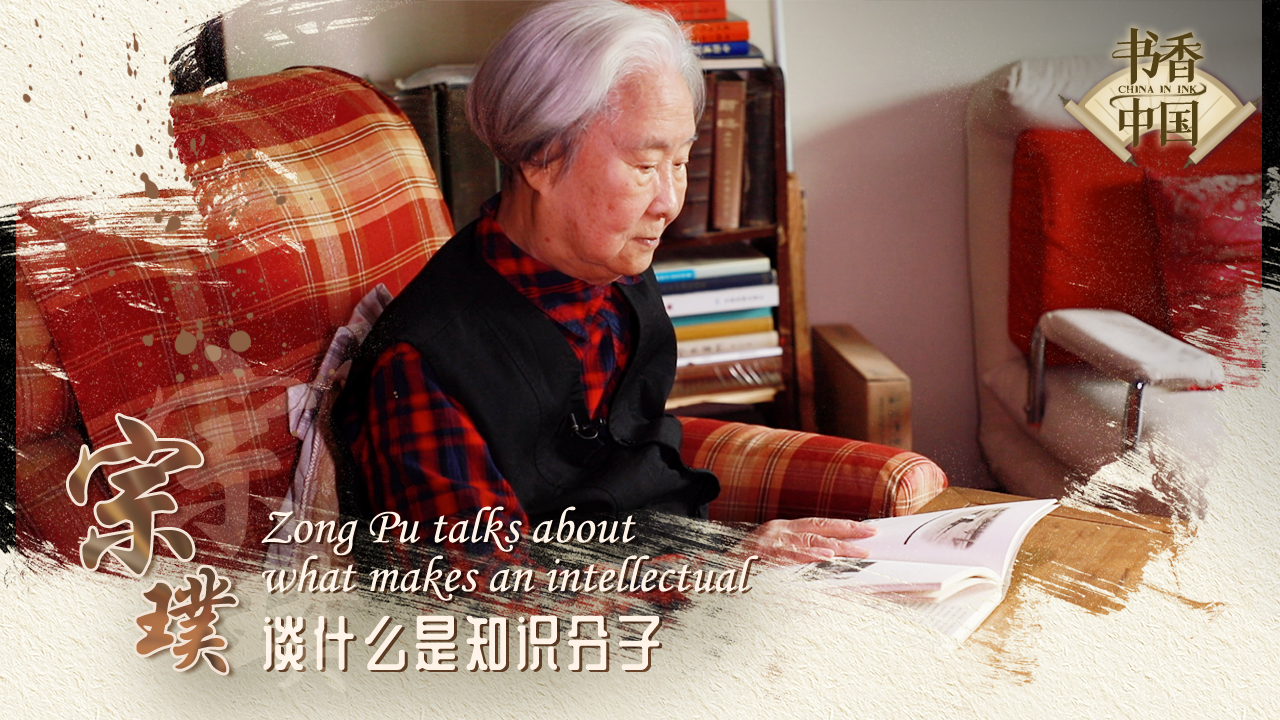 Zong was born into a scholarly family. Her father was one of the leading Chinese philosophers of the 20th century and is widely credited with creating the discipline of comparative philosophy in modern China.

Under the influence of her father, she read a wide variety of classical books and was greatly influenced by Chinese philosophy and literature. In readers' eyes, her writing is classical and delicate in style, and her exquisite writing reflects her pursuit of "sincerity" and "elegance" in literature. 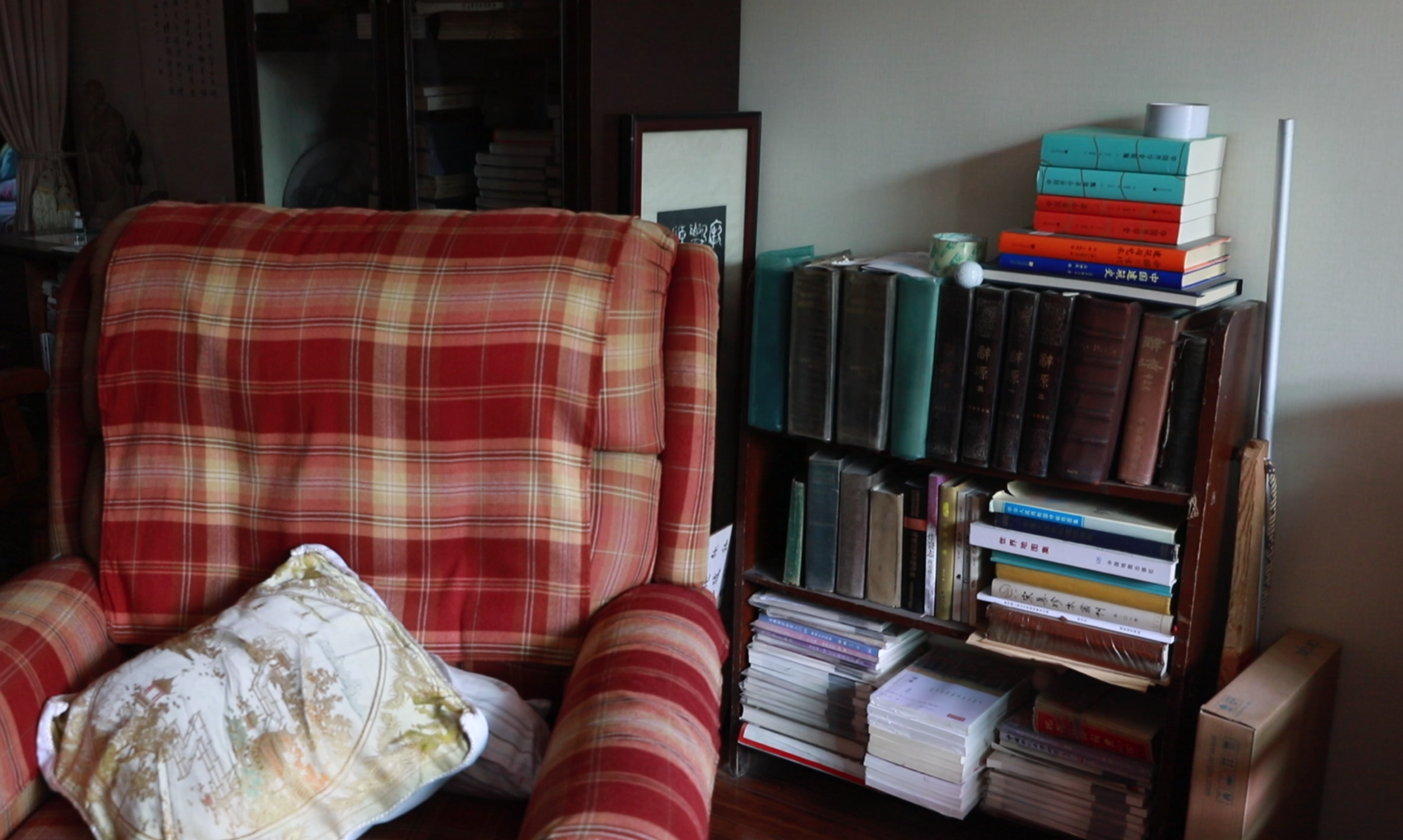 "For poem writing, sincerity is the essence and elegance is the character, from ideological and artistic perspectives, respectively. It cannot truly be poetry if one is a hypocrite," she said.

Writer Zhang Kangkang once said Zong's writing is like a strong, long-lasting parchment book; no matter how many times you read it, its quality never fades. One of the most significant artistic values in her writing is this tenacious beauty that can stand the test of time.