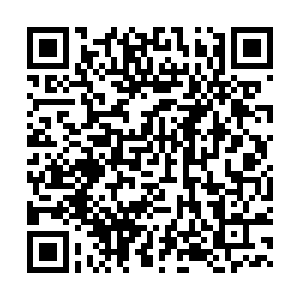 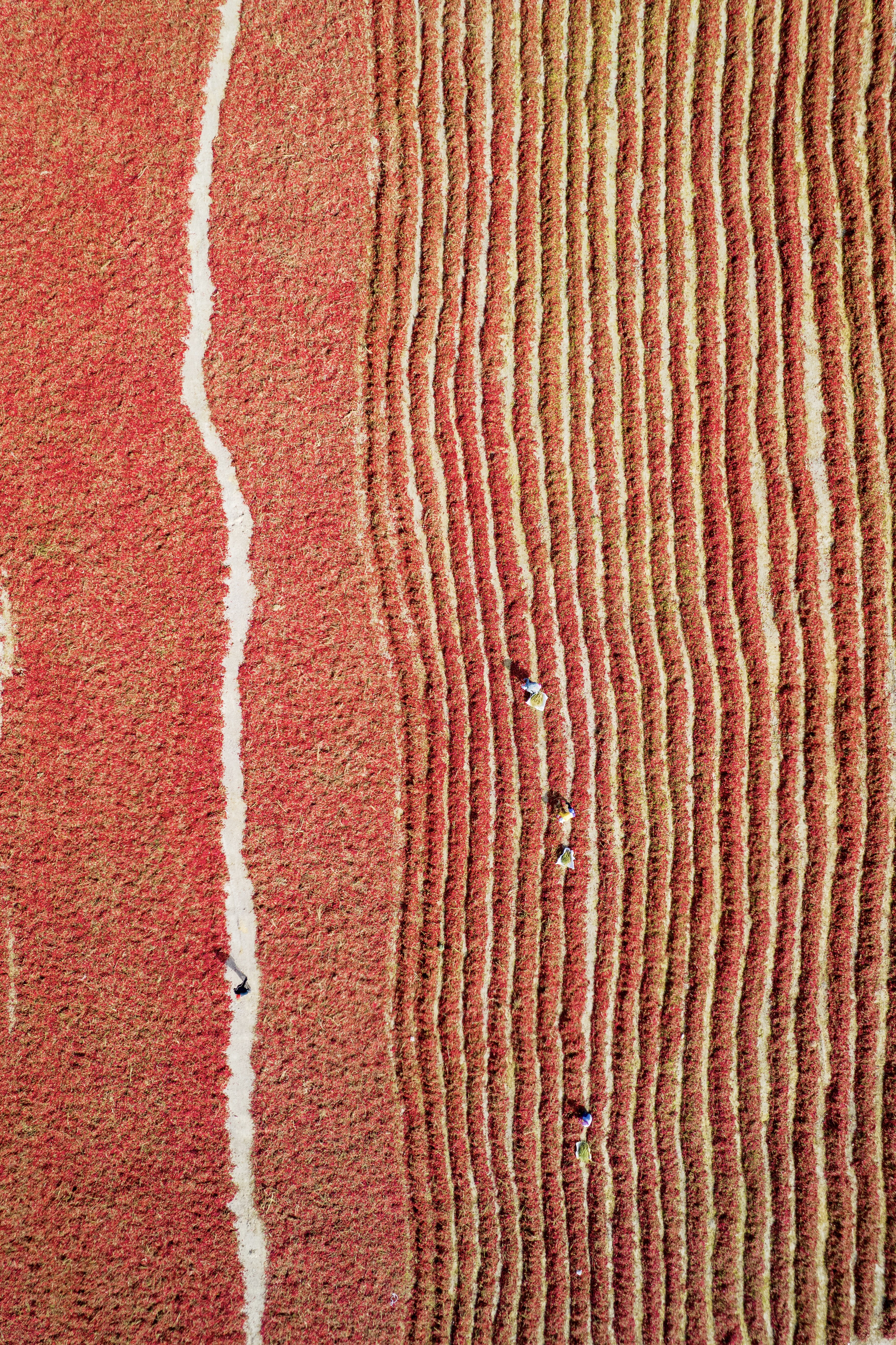 Classic red, cherry red, velvety red, it might take you several minutes to choose the right lipstick shade to match your style, but it takes way much longer to produce one. The journey of creating a touch of red might begin with a red pepper seed in Yanqi, an ancient town on ancient China's trading route – the Silk Road.

Red, the most auspicious color in the Chinese culture, is also the color of autumn in the county of Yanqi located in northwest China's Xinjiang Uygur Autonomous Region. A bird's-eye view of the county reveals the remarkable sight of drying red peppers in the sun – a red "sea" as far as the eye can see.

Over half of these red peppers would be used to extract capsanthin, a natural red pigment widely used in food, medicine and cosmetics, especially lipsticks. Locals give them a nickname: the lipstick pepper. 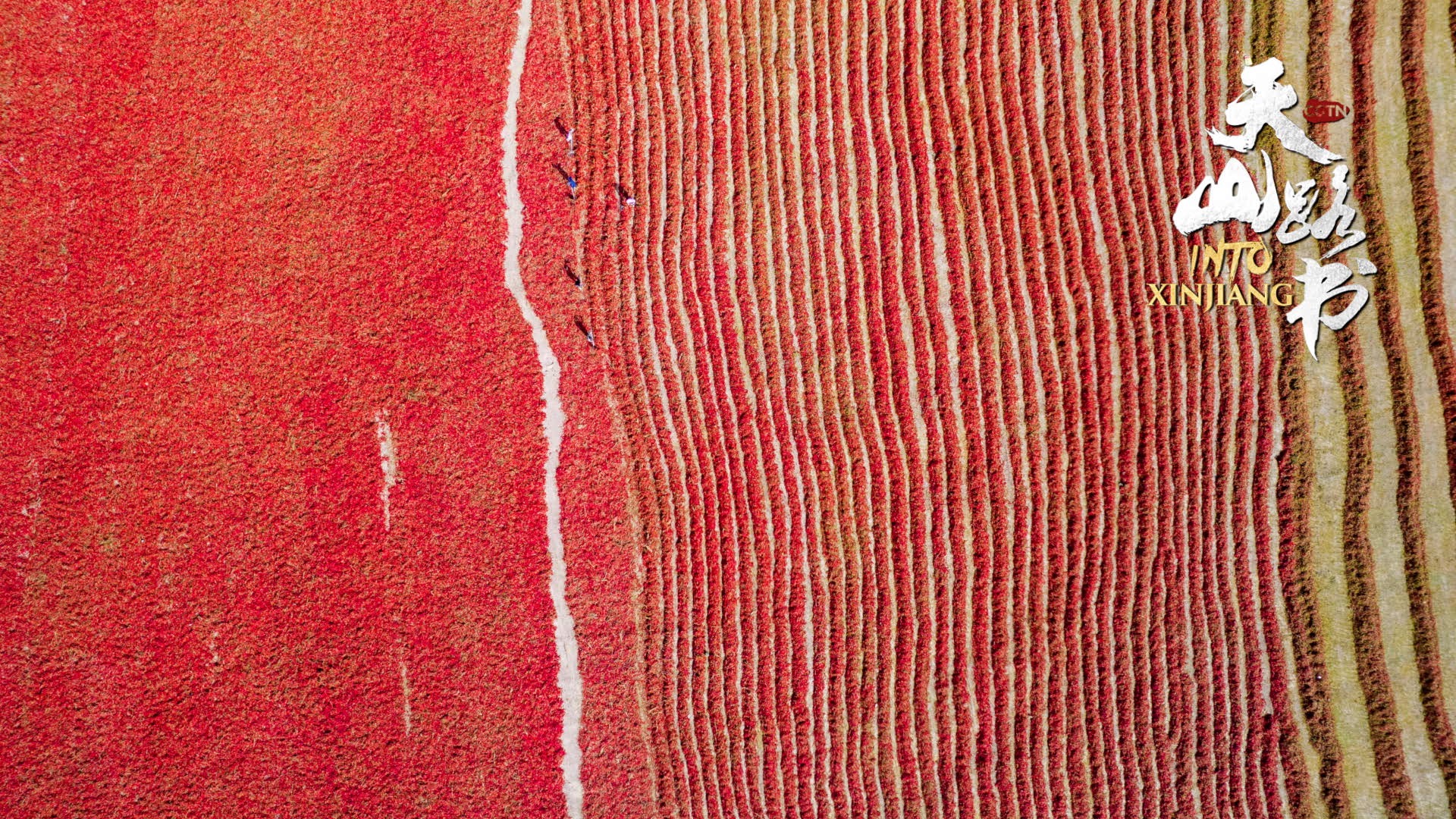 A grower and his harvest

Omar Jumak estimated his profits of growing 33 hectares of red pepper this year to be at least 1.2 million yuan (roughly $188,000), which is much higher than last year when he first started growing peppers.

"There's a high demand for red peppers in the market. The market price for dried red peppers this year is over 10 yuan per kilogram, 50 percent higher than last year," he said.

Omar's red pepper farm is in Yanqi Hui Autonomous County. In a basin at the center of Xinjiang, the county enjoys rich sunshine and prolonged heat – the perfect climate for growing red peppers. Of the 32,000 hectares of arable land in Yanqi, 20 percent is used to cultivate red peppers.

Red pepper growers in Yanqi usually plant pepper seedlings between April and May and harvest them from September to October.

After the harvested red peppers are dried properly, they will be sold at a price that is largely decided by their color value. Value refers to the lightness or darkness of a color. In this case, the higher the color value, the darker the shade of red.

Before it gives the lipstick its color, red peppers need to be turned into paprika pellets first, which is also the starting point for capsanthin extraction. 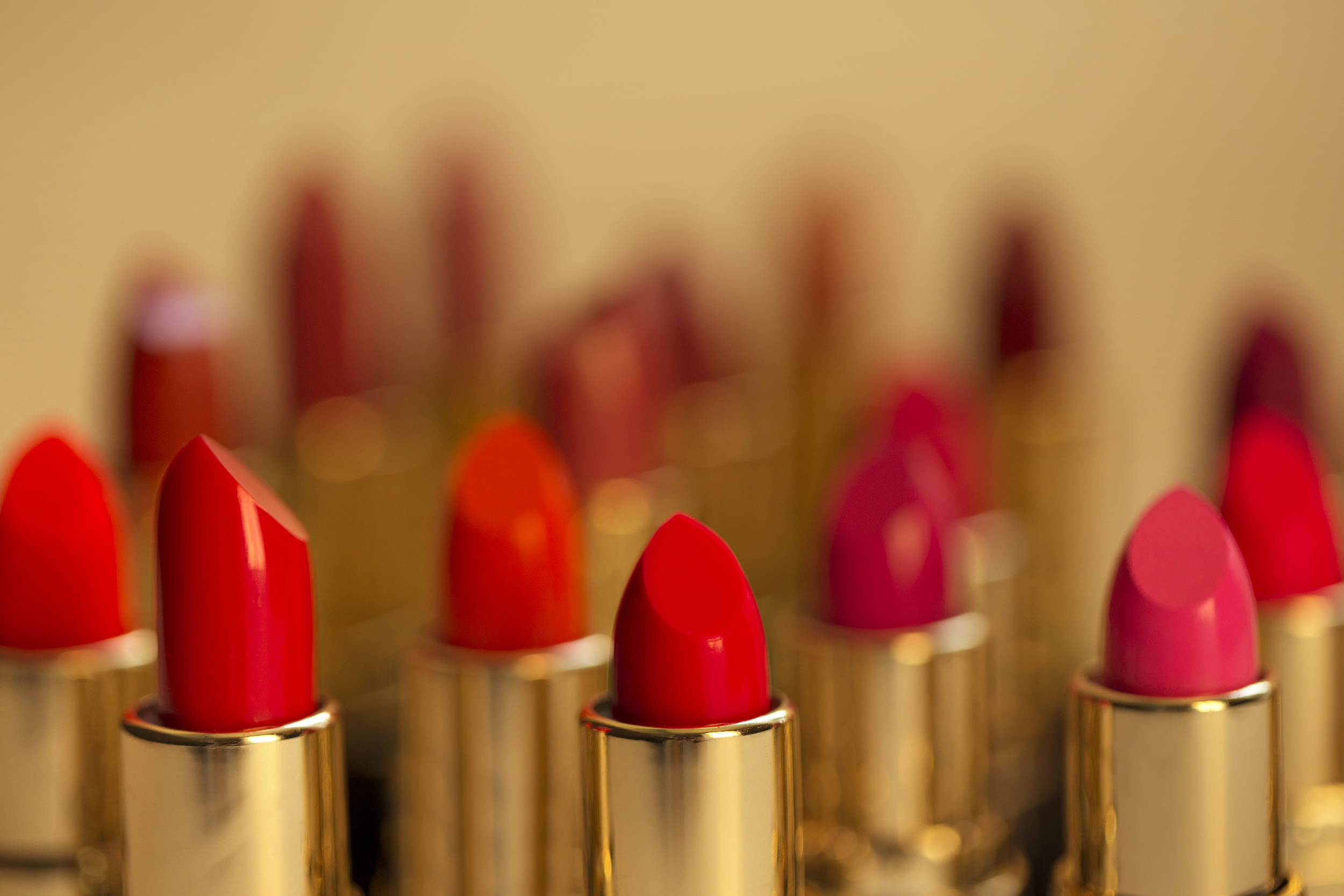 A buyer and also a supplier

Last year, Yang Huiyu's company bought 70,000 tonnes of paprika pellets in Yanqi to produce capsanthin. She said the demand should be about the same this year.

Founded two decades ago in Handan, a city in north China's Hebei Province, Chenguang Biotech has become a top producer of natural extracts in the world for over a decade.

"Our company built the first factory in Xinjiang in 2006, attracted by the high quality of raw materials. Local red peppers have high color values, which is essential for manufacturing natural extracts," said Yang.

Yang joined the company 13 years ago and moved to Yanqi in April 2021 to work as the deputy general manager of its subsidiary in Yanqi since the factory entered operations in 2019.

Chenguang Biotech used to buy red peppers directly from growers but handed over the primary processing business to local suppliers later as it chose to focus on innovation in extracting natural pigments.

Now, the company owns over 40 national patents in pepper extraction. Last December, it won an honor for its contribution to pepper extraction technology and equipment innovation at the meeting of the sixth China Industry Awards.

Yang said that the Chinese government encouraged enterprises to invest in Xinjiang, and the local authorities in Yanqi also helped investors settle in its industrial park by providing customized services.

"Last year, the local government coordinated procurement of raw materials during the COVID-19 pandemic, and our production had not been affected as a result," said Yang.

Yang also said that the Yanqi subsidiary has helped improve the living conditions of more than 8,000 local families and that 50 percent of its logistics staff are local.

In Yanqi, farmers, cooperatives and factories would discuss planting, purchase and production scales beforehand to secure the supply chain. At present, Yanqi has formed a pepper industry integrating planting, production and processing. "Yanqi red pepper" has obtained the certificate of origin trademark.

This year's government report mentioned the red pepper industry three times, planning its development in the next five years. As the most important area for red pepper production in China, the county wants to go deeper into the red pigment industry.