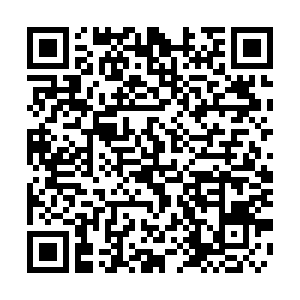 Iran is demanding that all U.S. sanctions should be lifted in a verifiable process, Iranian Foreign Ministry spokesman Saeed Khatibzadeh said on Monday, a few weeks ahead of a resumption of talks between Tehran and world powers to revive a 2015 nuclear deal.

Khatibzadeh stressed that the United States should provide guarantees that Washington will not abandon the deal again if the talks to revive it succeed.

"The U.S. should show that it has the capability and will to provide guarantees that it will not abandon the deal again if the talks to revive the deal succeed," he told a virtual news conference.

He also added that Washington should "recognize its fault in ditching the pact."

Under the 2015 pact between Iran and China, Russia, the U.S., the UK, France and Germany, Iran curbed its uranium enrichment program in return for the lifting of economic sanctions by the U.S., the United Nations and the European Union.

In May 2018, the administration of then U.S. President Donald Trump withdrew from the deal – officially known as the Joint Comprehensive Plan of Action (JCPOA) – and unilaterally reimposed sanctions on Iran. In response, Iran gradually stopped implementing parts of its commitments to the agreement from May 2019.

Six rounds of negotiations have been held in Vienna since April to iron out steps Iran and the U.S. must take in terms of nuclear activities and sanctions, respectively, to return to full compliance with the JCPOA. The talks have not resumed since Ebrahim Raisi took office as Iran's president on August 5.

Last week Iran announced an agreement to resume the talks on November 29.

Chinese State Councilor and Foreign Minister Wang Yi said on Saturday that China welcomes Iran's decision to resume the negotiations, which shows Iran's positive attitude toward resuming the implementation of the deal.

In a phone conversation with Iranian Foreign Minister Hossein Amir Abdollahian, Wang said Washington should take the first step to take corrective actions because it unilaterally withdrew from the JCPOA, adding that on this basis Iran can resume fulfilling its commitments in the nuclear field.