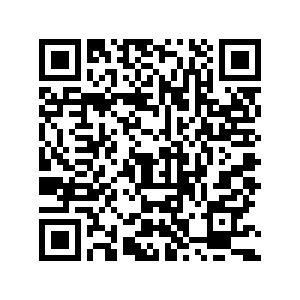 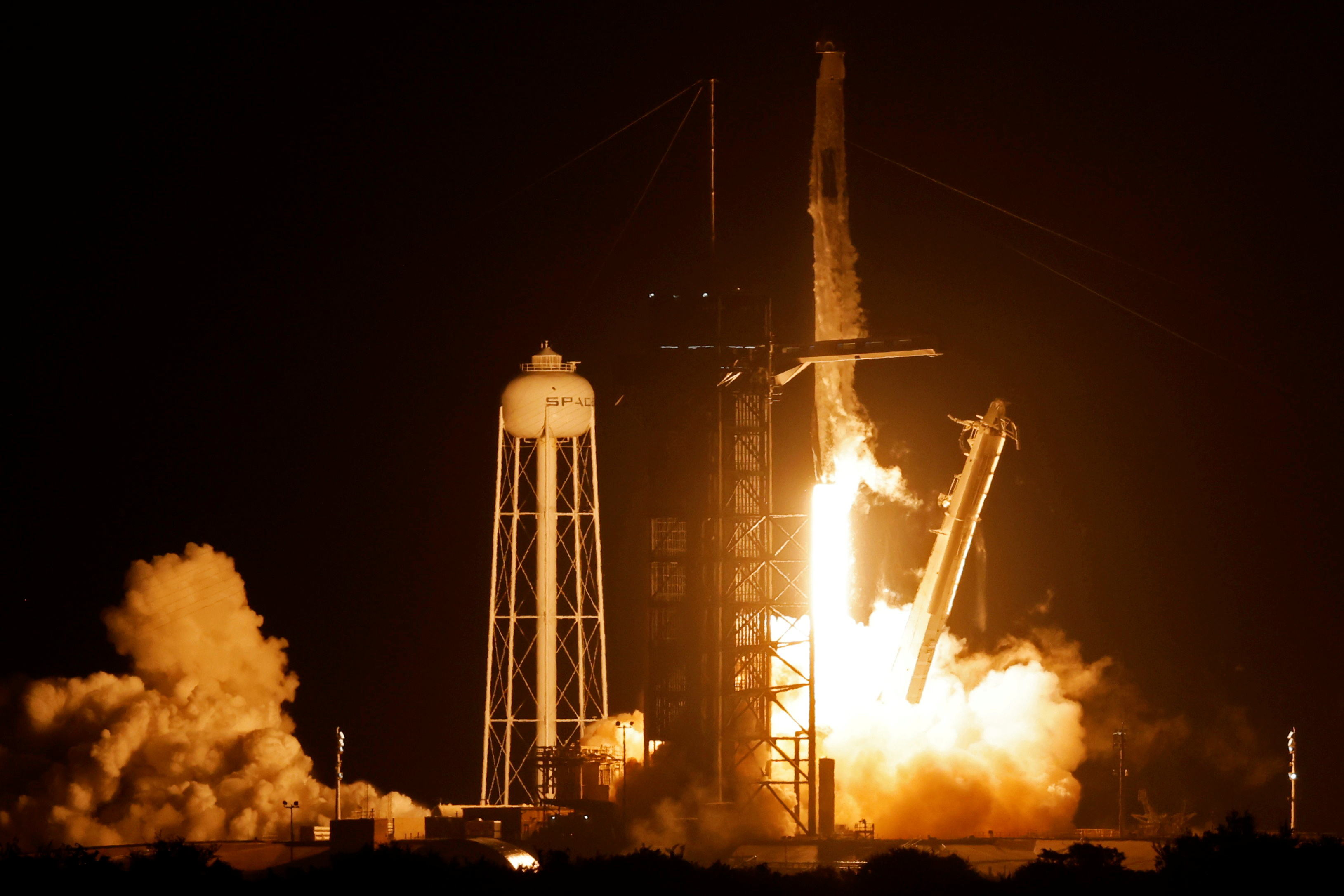 The SpaceX Falcon 9 rocket blasts off from Kennedy Space Center, carrying three NASA and one ESA astronaut in the Crew Dragon capsule to the ISS, November 10, 2021. /Reuters

The SpaceX Falcon 9 rocket blasts off from Kennedy Space Center, carrying three NASA and one ESA astronaut in the Crew Dragon capsule to the ISS, November 10, 2021. /Reuters

Despite intermittent rain and clouds over the Cape earlier in the day, Falcon 9 rocket success fully sent the "Crew-3" quartet into the night sky from NASA's Kennedy Space Center in Florida, as its nine Merlin engines roared to life at about 9 p.m.

Within about 10 minutes of liftoff, the rocket's upper stage had delivered the crew capsule to Earth orbit, according to launch commentators. The rocket's reusable lower stage separated from the rest of the spacecraft and flew itself back to Earth, touching down safely on a landing platform floating on a vessel in the Atlantic.

The flight was initially postponed from October 31, first for weather, then a "minor medical issue" affecting one of the crew. NASA did not say who it was but said it was not COVID-related. 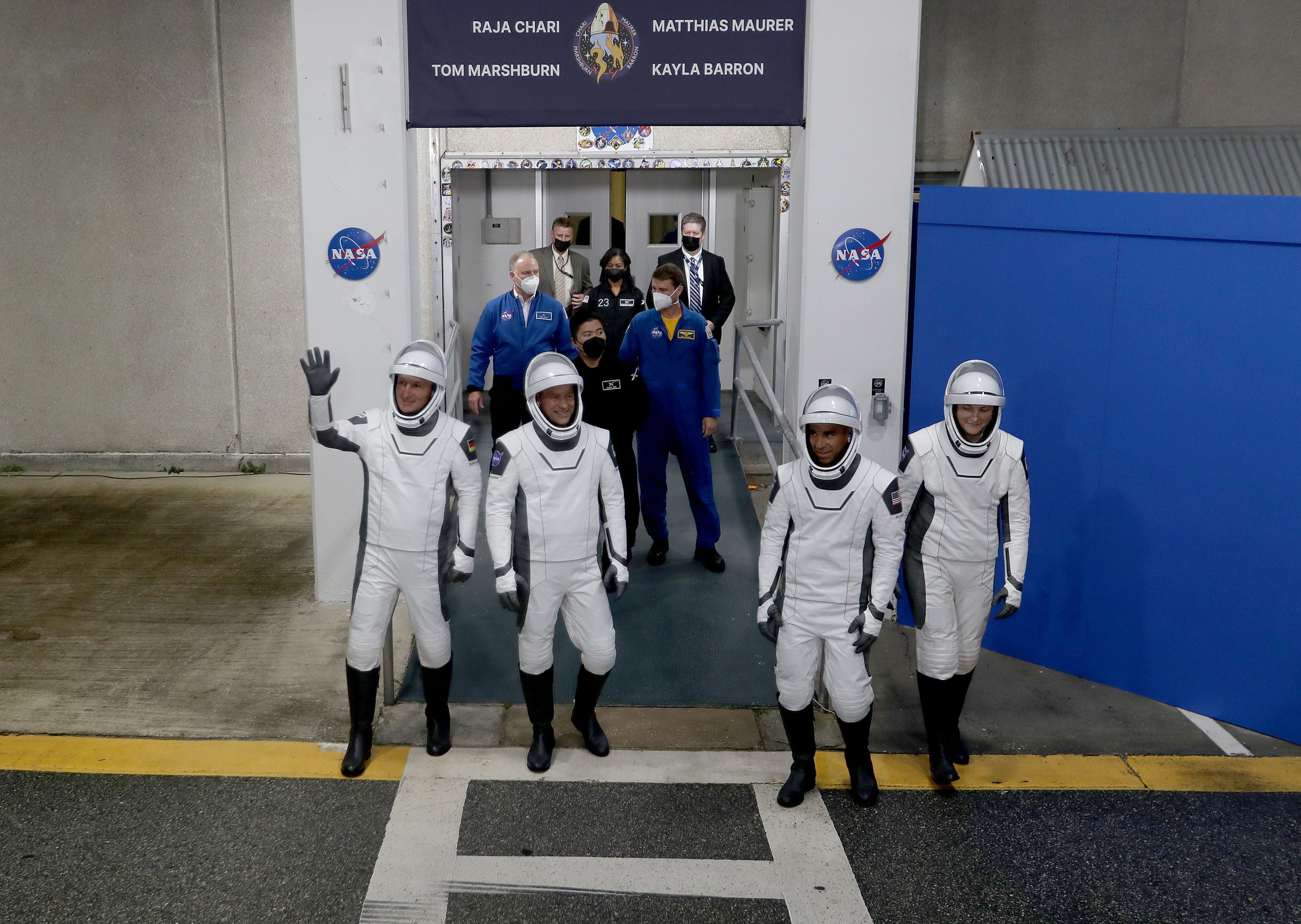 The four astronauts head toward the SpaceX Falcon 9 rocket at the Kennedy Space Center in Florida, U.S., November 10, 2021. /Reuters

The four astronauts head toward the SpaceX Falcon 9 rocket at the Kennedy Space Center in Florida, U.S., November 10, 2021. /Reuters

Chari, a U.S. Air Force colonel, is commanding the mission and making his first trip to space, along with Barron and Maurer. Marshburn, a medical doctor, flew aboard a Space Shuttle in 2009 and a Russian Soyuz spacecraft on a mission from 2012-13.

Barron, who along with Chari was selected for the NASA astronaut corps in 2017, the most recent recruitment, previously served as a submarine warfare officer for the Navy, while Maurer, a materials science engineer, will become the 12th German in the cosmos.

The crew will be arriving at the space station on Thursday evening following a flight of about 22 hours.

The flight marks the third operational space station crew sent to orbit aboard a Dragon capsule since NASA and SpaceX teamed up to resume U.S. capacity to carry out human spaceflight after NASA ended the U.S. space shuttle program in 2011.

The first was a two-astronaut trial run to the space station in May 2020, followed by the maiden NASA-SpaceX operational "Crew 1" in November of that year. "Crew 2" was launched to the space station last April and just returned safely to Earth on Monday night with a splashdown capping a record 199 days in orbit.

The quartet will spend six months on the orbital outpost and conduct research to help inform future deep space exploration and benefit life on Earth.

Scientific highlights of the mission include an experiment to grow plants in space without soil or other growth media and another to build optical fibers in micro-gravity, which prior research has suggested will be superior in quality to those made on Earth.

The Crew-3 astronauts will also conduct spacewalks to complete an upgrade of the station's solar panels and will be present for two tourism missions, including Japanese visitors aboard a Russian Soyuz spacecraft at the end of the year and the Space-X Axiom crew, set for launch in February 2022.

(With input from AFP and Reuters.)