Download
'It's up to Lithuania': China on whether to cut ties with Lithuania over Taiwan question
CGTN 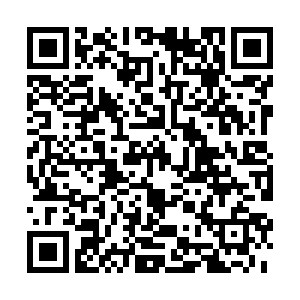 Chinese Foreign Ministry spokesperson Zhao Lijian on Monday reiterated its stance on its diplomatic relations with Lithuania which was downgraded due to the Taiwan question.

The Lithuanian government on Thursday approved the establishment of the so-called "Taiwanese Representative Office in Lithuania" by the Taiwan authorities. Condemning Lithuania's move as breaching the one-China principle and creating the false impression of "one China, one Taiwan", China on Sunday downgraded its diplomatic relations with Lithuania to the level of charge d'affaires.

Speaking of the move, Zhao stressed that China is going to take any necessary measures to defend its national sovereignty, territorial integrity and its core interests.

Asked whether the country would cut ties with Lithuania due to its recent move, Zhao said it is up to Lithuania whether to stick to the old path or to correct the wrongdoing with concrete actions.

On Monday, Zhao also rebuked an European Commission (EU) spokesperson's remarks on the establishment of the so-called "Taiwanese Representative Office" in Lithuania and reiterated that the decision is a clear breach of the one-China principle.

A spokesperson for the EU's Executive Commission said on Sunday that the EU side does not regard the opening of a representative office from Taiwan in Lithuania as a breach of the EU's "one-China policy".

Asked to comment on EU's statement, Zhao said the remarks disregarded facts and was against the commitment made in 1975 since the two sides established their diplomatic relations.

Then Vice President of the European Economic Community Commission Christopher Soames confirmed during his visit to China that the community does not entertain any official relations with Taiwan or have any agreements with it, Zhao said, pointing out that the relevant remarks made by EU's spokesperson were clearly a breach of the commitment.

"We urge the Lithuanian side and the EU side to truly uphold the one-China principle and meet its political promise on Taiwan-related issues with concrete actions," Zhao stated.

If anyone thinks that Taiwan is a good card to contain China and harm China's interests, they are wrong, Zhao added, stressing that the move will never change the fact that Taiwan is a part of China.

It will only enhance Chinese people's determination to defend its national sovereignty and territorial integrity and to realize the full reunification of the country, Zhao stated.