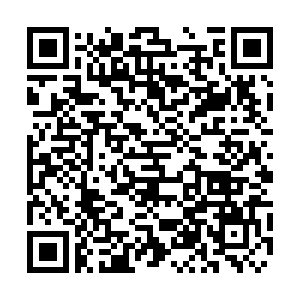 The 2022 Winter Paralympic Games will start on March 4, 2022, as Wednesday clocks the 100-day countdown toward the global sports gathering.

China's central bank issued a set of commemorative coins for the 2022 Winter Paralympics, while people nationwide celebrate the countdown in various forms, including wheelchair tai chi performances, paper cutting and others.

Over the past years, China has stepped up the efforts to give Paralympic athletes around the world a safe, convenient and heartwarming edition of the quadrennial event. Meanwhile, Chinese Paralympians have grown rapidly, both in number and overall performance.

Development of Winter Paralympics in China 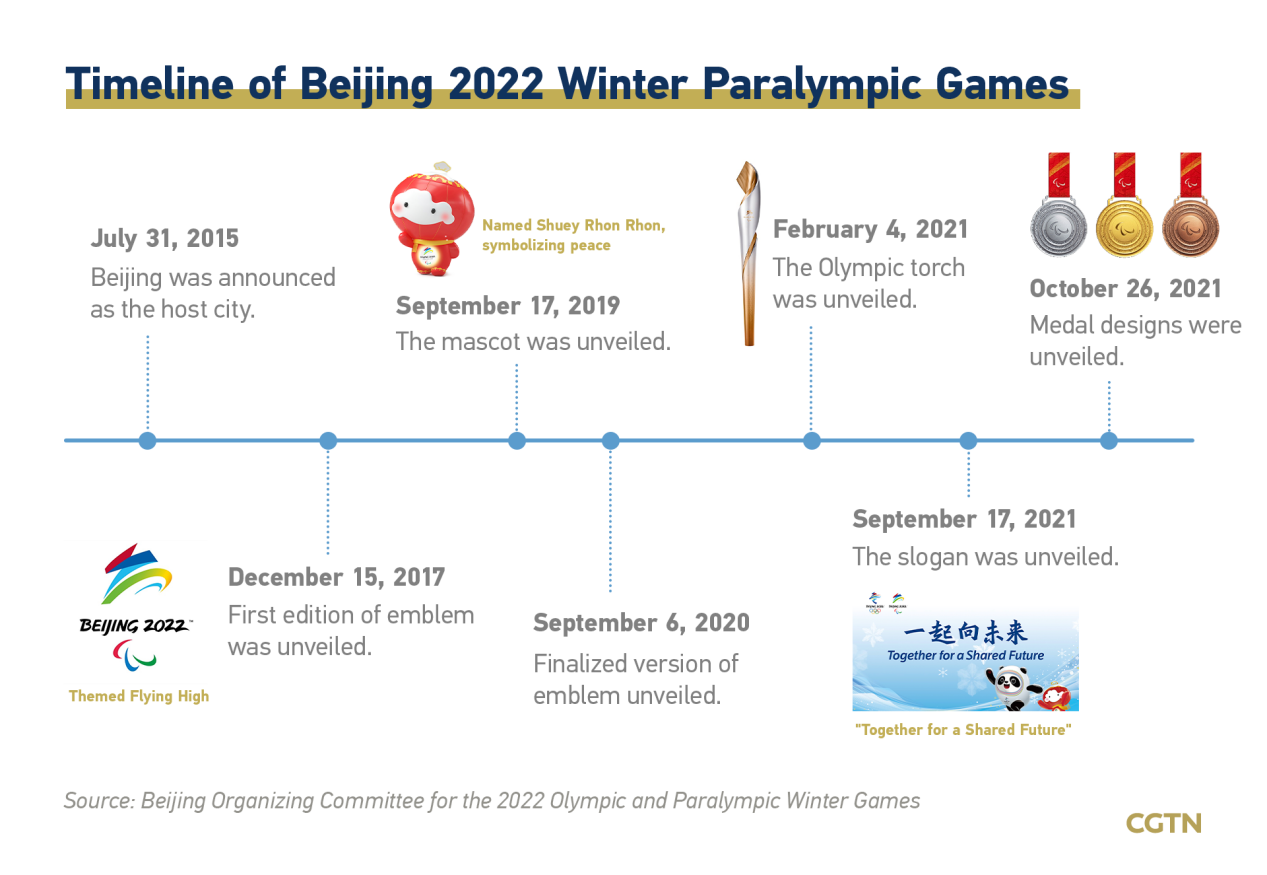 Since Beijing was granted the right to host the 2022 Winter Paralympic Games in 2015, China has seen a huge increase in the number of participants in Paralympic events, followed by a surge in the number of sports facilities for the disabled. To date, 45 venues have been established nationwide.

Chinese Paralympic athletes became involved in all six programs of the Winter Paralympics after Beijing was announced as the host city, before which they only participated in two of them. In 2018, China pocketed its first gold medal when the Chinese wheelchair curling team nabbed top honors at the Pyeongchang Paralympic Games. As of March 2021, Chinese Paralympic athletes have won 38 gold medals in various international competitions, according to Zhang Haidi, executive president of the organizing committee for the Games.

Preparation for the 2022 Winter Paralympic Games

As the Games draw near, the Paralympic village and venues are undergoing test runs in the three competition zones: central Beijing, Yanqing District in Beijing and Zhangjiakou City in the neighboring Hebei Province. 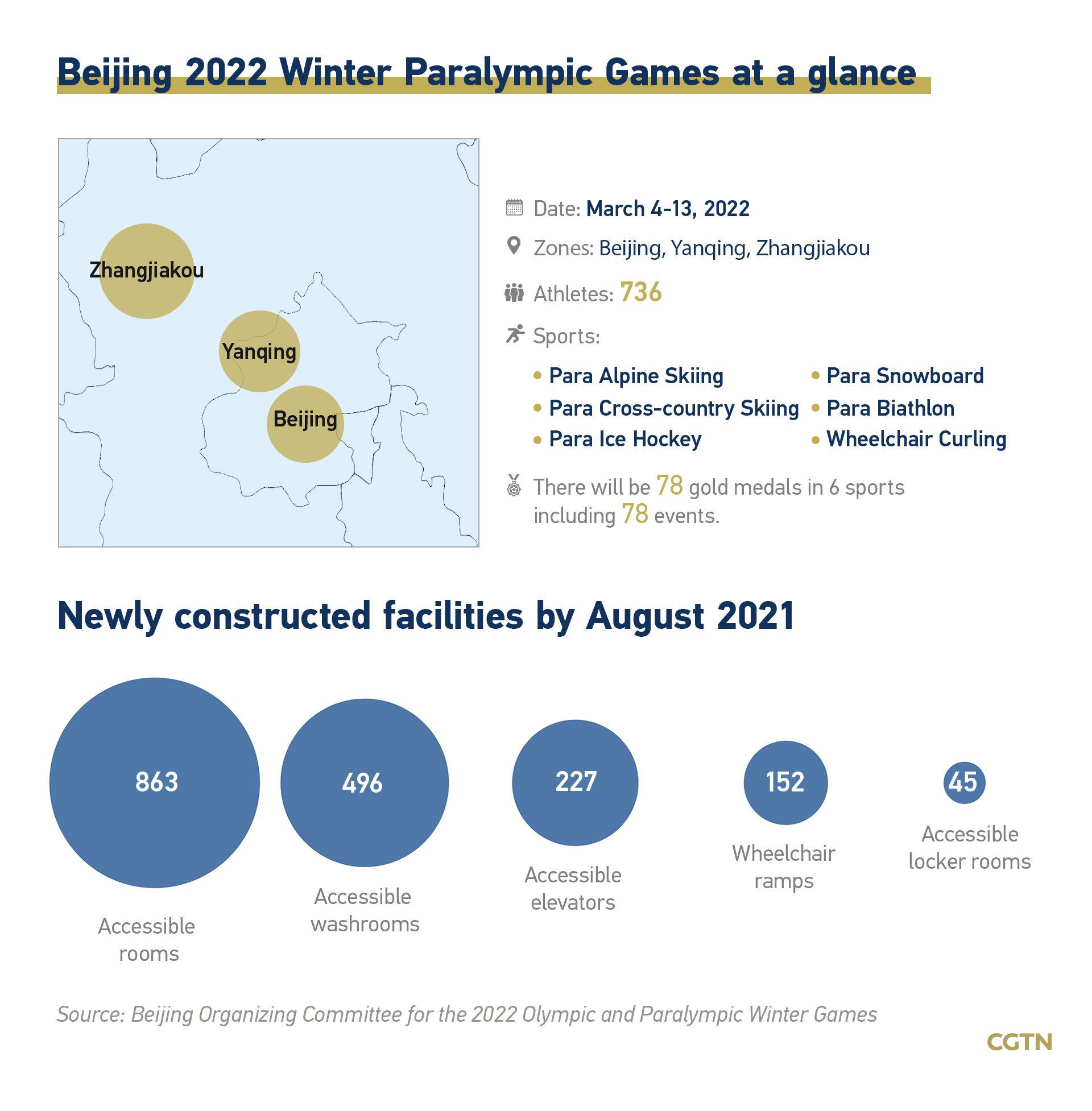 The simulation test for the Paralympic village concluded successfully on November 21, with 11 drills completed in 18 scenarios, including registration, residential and canteen services, nucleic acid testing, recreation, and transportation.

The renovated National Aquatic Center from the 2008 Summer Olympics, now referred to as the "Ice Cube," was highly praised during the October 2021 World Wheelchair Curling Championships. The venue not only has wheelchair ramps for athletes but also for disabled media workers, who will enjoy the same convenience as the athletes in March next year.

Transportation is also geared up for the Games. The Beijing Municipal Commission of Transport (BMCT) announced on Monday that 271.8 kilometers of traffic lanes have been designated for Games participants' exclusive use, with more than 340 traffic workers providing services should there be extreme weather conditions.

Past Winter Paralympic Games at a glance 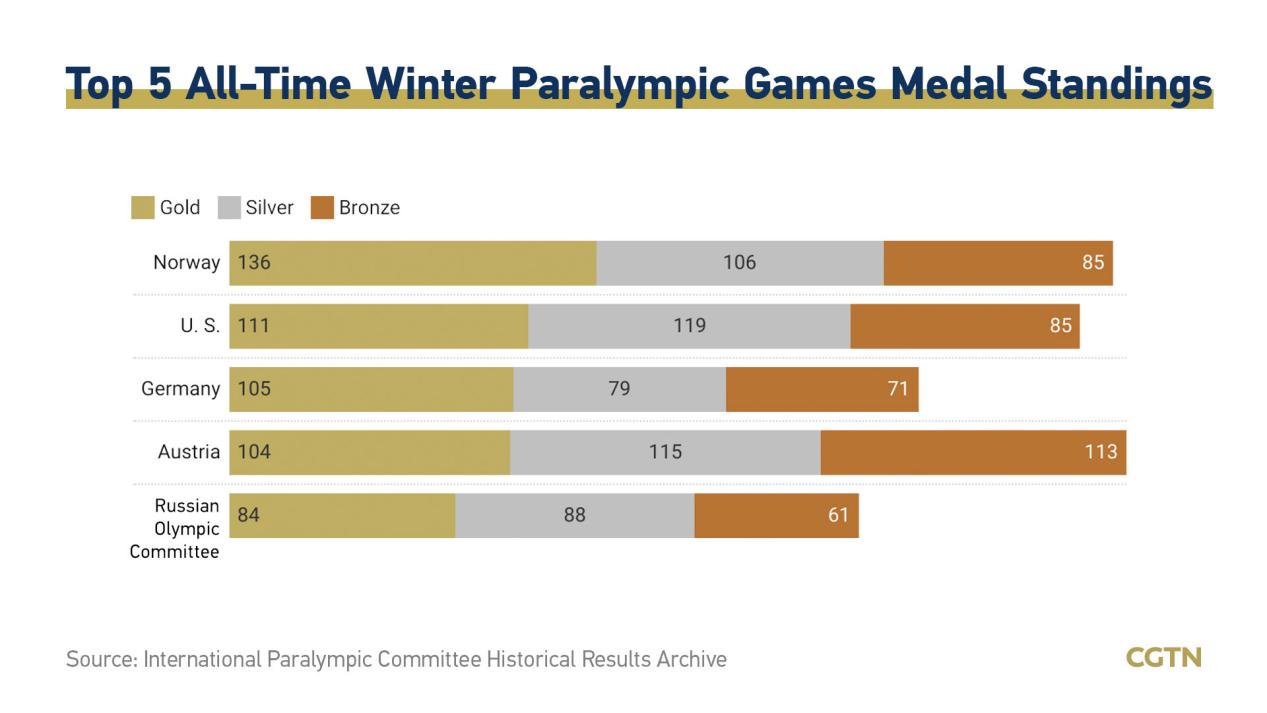 A total of 736 athletes are expected to compete in the 2022 Winter Paralympics. Team China is aspiring for more medals, especially the wheelchair curling team, which aims to defend its title. As shown in the chart, traditional winter sports powerhouses are also preparing for the biggest Paralympic Winter Games to date, confirmed by the International Paralympic Committee.