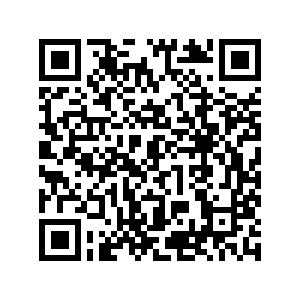 The global gross domestic product (GDP) is projected to grow 5.6 percent this year and the world's second largest economy, China, is set to hit 8.1 percent, both slightly down from previous forecasts, the Organisation for Economic Co-operation and Development (OECD) said in its latest economic outlook on Wednesday.

The projection for global economic growth was down 0.1 percent from the OECD's previous forecasts in September, as it warns the threats of Omicron coronavirus variant and inflation.

"... the speed of vaccine deployment, and the effectiveness of existing vaccines, will be insufficient to stop the transmission of COVID-19 variants of concern, resulting in a need for new or modified vaccines or repeated campaigns to provide booster doses," said its report.

And the inflation "could continue to surprise on the upside," said the OECD, adding "the headline consumer price inflation is projected to peak in the majority of advanced and emerging-market economies by the first quarter of 2022, before moderating gradually." 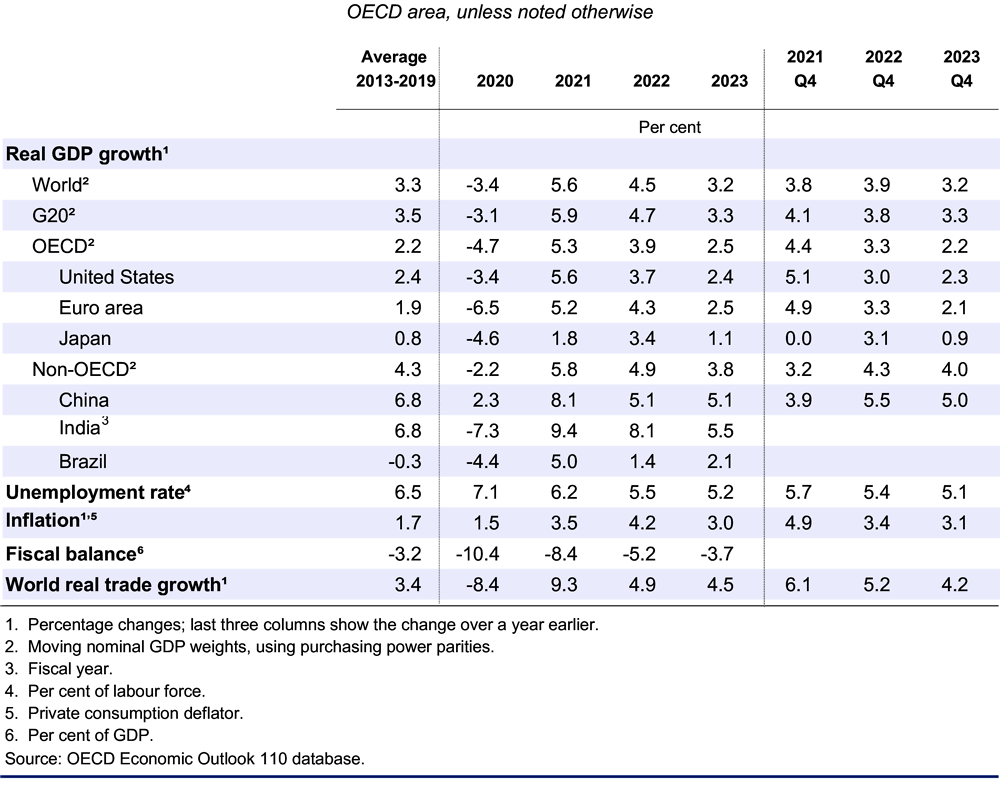 A graphic representing the latest economic outlook by the Organisation for Economic Co-operation and Development. /OECD

A graphic representing the latest economic outlook by the Organisation for Economic Co-operation and Development. /OECD

The Paris-based organization believes the global economy will rise 4.5 percent in 2022, unchanged from previous projections, and gave a first-time prediction of 2023 global growth rate of 3.2 percent.

The projection for China's economic growth in 2021 was downgraded from 8.5 percent to 8.1 percent, while still higher than the country's target of 6-percent growth in GDP.

In the first three quarters this year, China's GDP grew by 9.8 percent compared with a year earlier, according to the data from the National Bureau of Statistics.

The outlook for the world's biggest economy, the United States, has cooled down as well. It estimated the U.S. economy to grow 5.6 percent this year, which is 0.4 percent lower than previous projections.

"The global recovery continues to progress, but has lost momentum and is becoming increasingly imbalanced," said the OECD, noting "the recovery is incomplete."