Download
From Truman to Biden: U.S. hegemony in the name of democracy
By Shi Yu 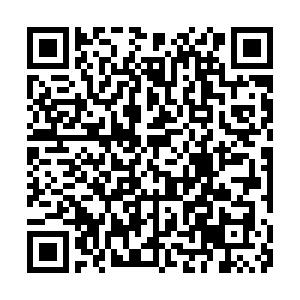 Discussions on the definition of democracy have been heating up as think tanks and academic institutions hold dialogues and forums to discuss the topic.

"American democracy" is one of the buzzwords, with discussions by both politicians and scholars on how the current U.S. foreign policy aims to divide the world in the name of "democracy." It is using the Cold War mindset to maintain its hegemony.

What is the nature of today's American democracy?

It is not the first time that Chinese Foreign Ministry criticized the American style of democracy. In an exclusive interview with CGTN, Vice Foreign Minister Le Yucheng said that the U.S. is "monopolizing the definition of democracy to the advantage of certain countries."

Stressing that democracy is a common value of the entire humanity, Le said the U.S. is "instigating ideological confrontation along the line of 'democracy versus authoritarianism.'"

Viewing itself as a "beacon of democracy," the U.S. is using democracy to divide the world into two camps.

Wei Nanzhi, research fellow at the Chinese Academy of Social Sciences, said that the U.S. is using its dominant position on the international right of speech to set the international agenda to pressure China and Russia while forming "small circles" with its allies.

"The U.S. uses democracy to label countries that do not follow a U.S. recognized democratic system as imagined enemies so as to intimidate its allies to offer their political interests in exchange for protection from the U.S.," Wei said. 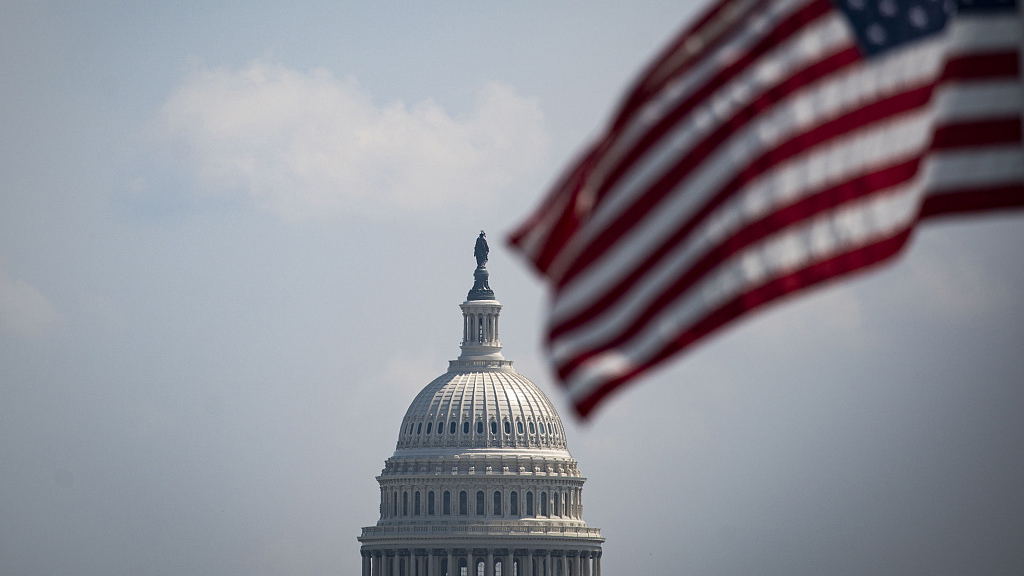 Speaking of the nature of today's American democracy, Kishore Mahbubani, distinguish fellow at the Asia Research Institute of National University of Singapore, gave a much sharper remark: "In recent times, clearly, the U.S. is not functioning as a democracy, it is functioning as an autocracy."

He suggested that the U.S. government is under money politics where money controls debates and decision-making. "That was a critical step towards creating autocracy instead of democracy," he added.

From Truman to Biden, U.S. follows a path of hegemony 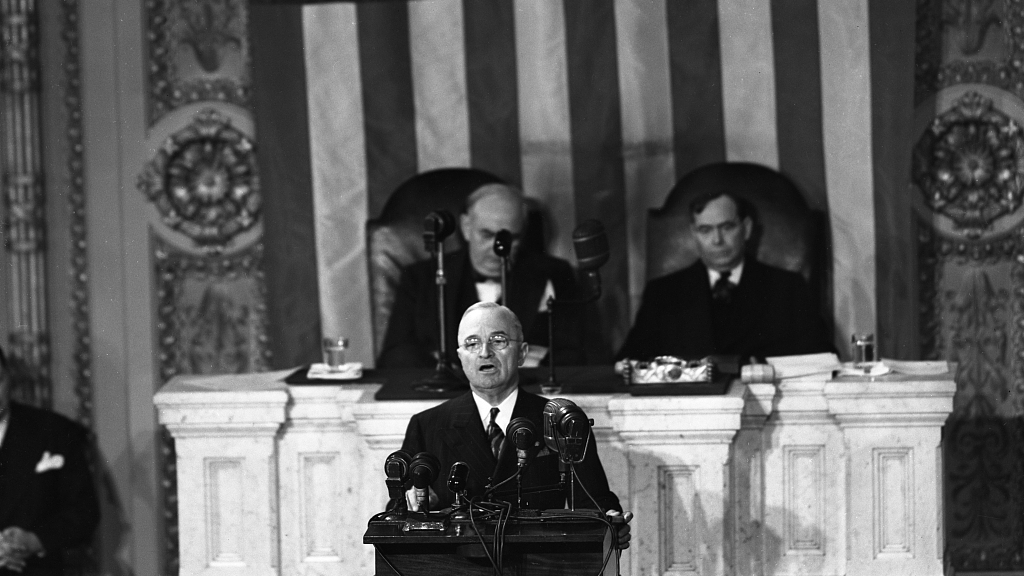 U.S. President Harry S. Truman delivers his annual State of the Union message to a joint session of Congress. /CFP

U.S. President Harry S. Truman delivers his annual State of the Union message to a joint session of Congress. /CFP

From the perspective of international politics, the Cold War mentality can be traced back to the U.S. administration of President Harry S. Truman in 1940s when the U.S. stoke confrontation with the Soviet Union and positioned itself as a guardian of the "free world" against "totalitarian regimes."

Truman claimed "the spread of authoritarianism would undermine the foundations of international peace and hence the security of the United States."

By making the statement, he regarded "preserving the political integrity of democratic nations" as part of the national interest of the U.S.

Despite the profound changes in world pattern since the World War II, U.S. politicians are still using similar rhetoric.

When asked if there is a clear pattern of the U.S. foreign policy in post-war era, Wei said the U.S. is following a path of hegemony.

According to her, the U.S. was focusing on confrontation against the Soviet Union in almost all aspects, ranging from ideology and political systems to economy and technology. It addressed itself as the beacon of democracy while calling the Soviet Union "a totalitarian regime" that threatened the "free world."

"Now the situation is profoundly different from the old times since state actors are deeply integrated with each other. But the U.S. is still following the old way of thinking and tries to form an external enemy so as to transfer its internal divisions," Wei added. 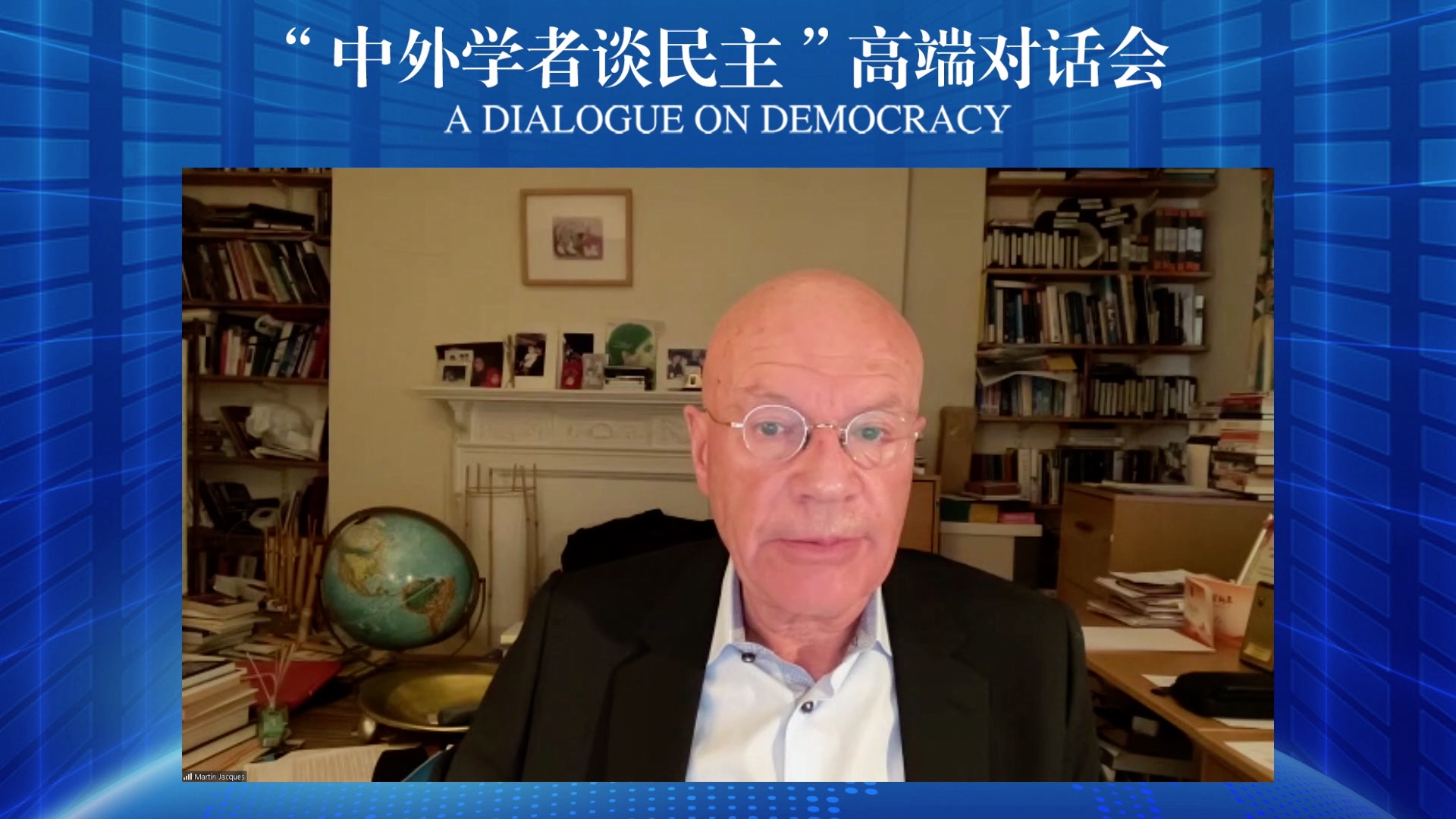 Martin Jacques, former senior fellow of Department of Politics and International Studies at Cambridge University, said the U.S. tradition of invasion and intervention in the name of democracy in other countries was reminiscent of the times of colonialism when empires in Europe imposed their will, religions and customs in whichever territory they could seize in the name of "civilizing the uncivilized."

As the self-appointed architect and keeper of the international system, the U.S. believes it has the right to act unilaterally whenever and wherever it wants, he said.

"Successful governance is not about transporting an abstract set of rules and perceivers from one country and applying it to an entirely different environment and sort of circumstances somewhere else. Democracy means respecting the culture and traditions of a country, allowing governance to grow and flower in its own indigenous conditions."