Download
Is the U.S. 'Summit for Democracy' all about democracy?
Carlos Martinez 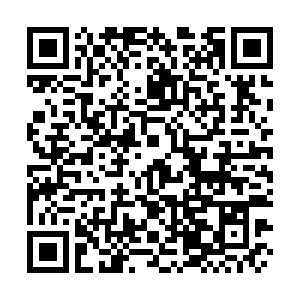 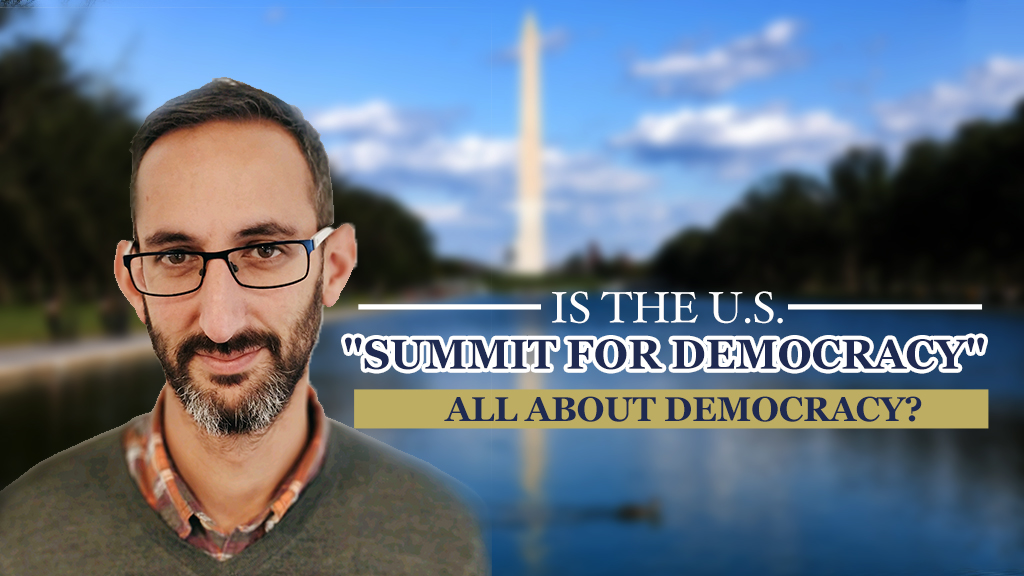 Editor's note: A "Summit for Democracy" is to be held by the Biden administration from December 9 to 10. But it is worth noting that countries like China, Russia, Hungary, etc, are not invited. Carlos Martinez, a co-founder of No Cold War campaign and an author and activist based in London, shares his views on why this summit is not entirely about democracy. The views expressed in this video are his and not necessarily those of CGTN.

I think to some extent, the political context in the West is that anti-China propaganda, particularly in the U.S., has reached a stage where politicians seem like they are forced to engage in China-bashing. It's become like a form of populism. The media and politicians have been blaming China for everything- for COVID-19, for unemployment, for declining or slow economic growth.

So Biden feels that he has to prove to people that he's not going to be soft on China. He made it clear from the start that he planned to continue Trump's basic policy of hostility towards China. But at the same time, Biden wants to put some kind of distance in people's minds between himself and Trump. And he's doing that in two key ways, and both of them sort of feed into the summit.

On an ideological level, he wants to establish himself as a strong representative of the so-called liberal democratic system, which a lot of people felt was in danger under Trump. So Biden wants to revive the reputation of Western democracy.

And the other difference with Trump is that in terms of international relations, Trump was very much a unilateralist. He thought the U.S. should set the agenda, and its allies should follow its lead.

Biden, on the other hand, wants to establish more of a coalition of the U.S. traditional allies, particularly Canada, Europe, Australia, and Japan. An obvious example of this is the announcement of this AUKUS pact in September. It's very obviously part of a broader strategy of China containment.

I think, in a sense, this "Summit for Democracy" brings these elements together. Biden gets to build a pro-U.S., anti-China, anti-Russia club, and at the same time presents the West's very specific version of democracy as a kind of universal truth.I think he may well be hoping that it's going to be a major political milestone of his presidency.

The limits of the Western democratic model are increasingly plain for people to see. Under this model, people have the right to vote for one or the other party. But they never really see substantive improvements in their conditions. They can vote for a personality, a party, a brand, but they can't vote for the type of economic and political change that they really need.

Poverty is rising in the West; the number of people living on the streets is increasing every year; life expectancy in the U.S. actually decreased by one year in 2020. And for African Americans, it decreased by three years. There's an epidemic of child poverty - one in six children in the U.S. live in poverty. Did people vote for that? Is that a manifestation of democratic infrastructures collapsing?

But governments prefer to spend their money, their tax revenue on weapons. The Biden administration has signed off on a military budget of $750 billion for a single year. And at the same time, there are tens of millions languishing in poverty. The Western powers waged brutal wars in Iraq, Yugoslavia, Afghanistan, Libya, Syria, killing hundreds of thousands of people. Did people vote for those wars? Have ordinary people benefited from those wars?

Meanwhile, the U.S. has by far the largest prison population in the world, and African Americans, again, are several times more likely to be incarcerated than European Americans. Black, Latino, indigenous people suffer significantly lower life expectancy, lower-income (and) higher infant mortality. There are 27 million Americans who don't have access to health care. Did people vote for these things? And could they change it by voting?

A truly representative government in the U.S. or Australia or Britain, or Canada would build real rights for its people. Why don't they end homelessness? Why don't they do what China's doneand literally employ tens of thousands of people to go into poor neighborhoods and work with families, work with communities to help lift them out of poverty? Why don't they put a huge priority on containing the pandemic and saving the lives of hundreds of thousands of people? I mean, in the U.S., nearly 800,000 people have died from COVID-19. What can we say about how those people have experienced democracy?

I think what the report(by the International Institute for Democracy and Electoral Assistance) says and what people see in Texas is essentially a new set of restrictions that appear to be directly aimed at making it harder for the Black, Latino, and Asian American people to vote.

Why would authorities in Texas introduce those measures? Because they worry the Black, Latino, and Asian Americans might try to elect people who will represent their interests (and) that will represent the interests of ethnic minorities and poor and working-class communities.

So, I think it's really ironic that, on the one hand, you have this big push by the U.S. to present itself as the world's greatest democracy and the country that essentially gets to define what democracy is.

But on the other hand, it's engaged in actively denying the whole community its access to that democracy. So I would urge politicians in the U.S. to listen to their own words and apply basic principles of democracy to their own population.