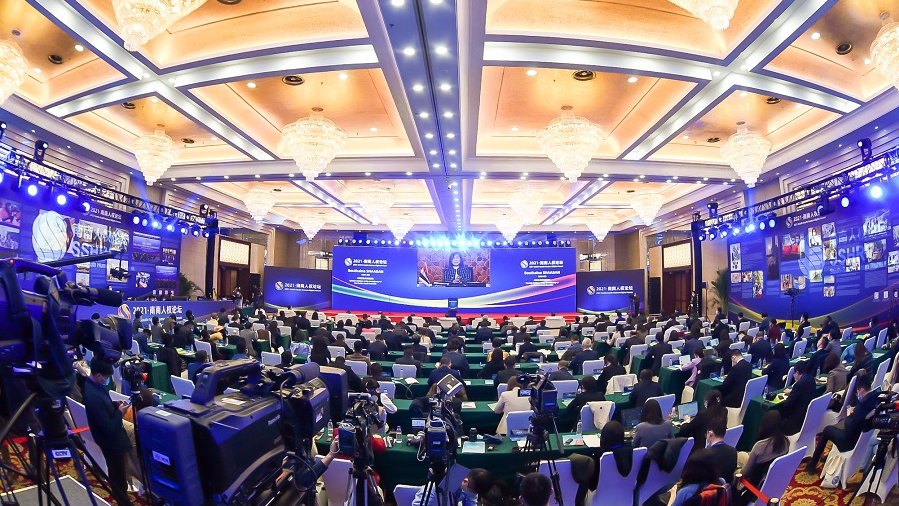 Stressing that human rights practices are diverse, Chinese President Xi Jinping said Beijing is ready to work with other developing countries to promote the common values of mankind, in his congratulatory letter to the forum.

Achievements in China's human rights cause

Countries around the world can and should choose the human rights development path that suits their own national conditions, Xi said.

Noting that human rights are a symbol of human civilization progress, he emphasized that putting people first and taking people's longing for a better life as the goal is the responsibility of all countries.

In recent years, China has made progress in human rights development, particularly in reducing poverty.

"The Chinese people now have a greater sense of gains, happiness and security in terms of human rights protection," Xi said.

Since the launch of reform and opening up in 1978, 770 million rural residents living below China's poverty line have been lifted out of poverty, according to a white paper on human rights progress through moderate prosperity attainment released by the State Council Information Office in August.

The country realized its poverty reduction goal from the UN 2030 Agenda for Sustainable Development 10 years ahead of schedule, the white paper noted.

With the COVID-19 pandemic having forced major changes around the world, how developing countries should address human rights issues in the post-COVID era was a focus at the forum.

Xi has described South-South cooperation – economic and technical cooperation among countries of the Global South – as a great initiative by developing nations seeking strength through unity.

When the first forum was held in 2017, he stressed that the development of human rights worldwide cannot be achieved without the joint efforts of developing countries, which account for more than 80 percent of the world's population.

China has attached great importance to South-South cooperation. Along with political dialogue and financial cooperation, it promotes the exchange of knowledge and expertise through programs, projects and initiatives designed to solve countries' specific problems.

Since the founding of the People's Republic of China in 1949, China has offered assistance to countries in need to support their efforts to promote economic and social development, and has laid a solid foundation for long-term friendship and cooperation with those countries.

Over the past five years, the South-South Cooperation Assistance Fund set up by China has worked closely with a dozen international organizations to implement more than 100 livelihood projects in over 50 countries, benefiting over 20 million people.

At this year's forum, attendees explored the potential of the future international human rights system amid challenges from global issues like the COVID-19 pandemic and climate change.

Nearly 400 people, including senior officials, experts, scholars and diplomatic envoys from over 100 countries and international organizations, attended the forum online or offline.