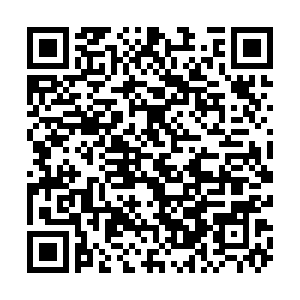 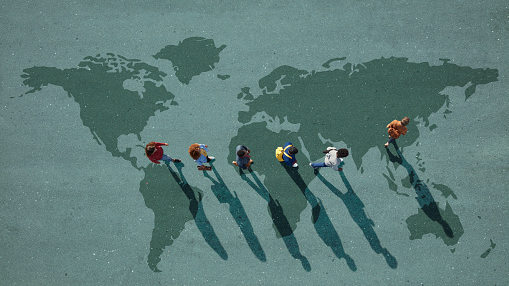 Editor's note: Song Yuehong is the deputy director and a research fellow at the Institute of Contemporary China Studies of the Chinese Academy of Social Sciences. This is the third piece of our "China's view of democracy" series. The article reflects the author's opinions and not necessarily the views of CGTN.

Human beings are neither "interchangeable parts" on the assembly line nor are they vassals to capital owners or slaves of money. A human must be viewed as someone aspiring to have all-around development in the context of a society and as someone who pursues and enjoys a good life. In the long history of mankind, there have been all sorts of values and institutional arrangements being pursued, but only democracy can free mankind from various "shackles" and ensure their all-round development.

Democracy provides important basic conditions for the all-round development of mankind. The true meaning of democracy is not about "electing a master," but "being the master." It means that the people are the masters of their own country and decide their own destiny. It's not about a few rich and powerful people having the final say. Only when the people are truly in charge can we talk about the all-round development of mankind.

If a country is torn by wars and political turmoil, it is hard to imagine how the people of that country can have development and get protected. Take China as an example. After the Opium War in 1840, China was under constant foreign invasions, and its people endured countless sufferings, so it was pointless to talk about being the masters of their own country in that context. Back then, people in China didn't know what was going to happen next, let alone being able to seek development.

It wasn't until the founding of the People's Republic of China in 1949 that this ancient country in the East walked out of the quagmire of the old era when it was ruthlessly bullied, and ushered in a new era of development. Since then, the Chinese people have stood up and become masters of the country, the society and themselves. They can address internal affairs by themselves and no longer need to adapt themselves to the disposition of foreigners, let alone being bullied by other countries. With such conditions in place, China started to have a stable environment for development.

In more than 70 years since the founding of the PRC, China has completed, in a few decades, the industrialization process that took developed countries hundreds of years, becoming the world's second-largest economy and creating the "two miracles" of rapid economic development and longstanding social stability. A moderately prosperous society has been built in an all-round way, and the problem of absolute poverty has been solved. Residents' income continues to increase, and the per capita annual disposable income has increased from 171 yuan in 1978 to 32,189 yuan in 2020. The Engel coefficient of urban and rural residents has dropped from 57.5 percent and 67.7 percent respectively in 1978 to 29.2 percent and 32.7 percent in 2020. The quality of life of urban and rural residents has continued to improve. It's no exaggeration that without these achievements as the foundation, it is impossible to even think about all-round development of mankind. 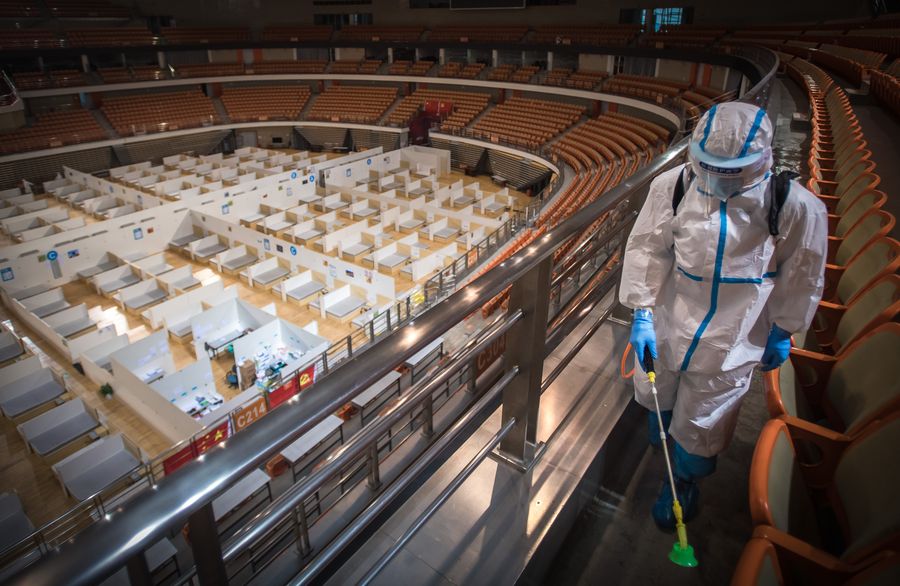 A volunteer disinfects a makeshift hospital in its fight against COVID-19 epidemic, in Wuhan, central China's Hubei Province, March 8, 2020. /Getty

A volunteer disinfects a makeshift hospital in its fight against COVID-19 epidemic, in Wuhan, central China's Hubei Province, March 8, 2020. /Getty

As the COVID-19 pandemic swept across the world, different countries' responses to the virus vary greatly. When some countries touted the "herd immunity" strategy, China upheld the value of "people first, life first." As long as there was a glimmer of hope, China never gave up on any patient until the last moment. During the initial outbreak in China, more than 3,000 patients over the age of 80 were treated in Hubei Province. The cure rate of patients over 80 years old was close to 70 percent. This set of data will be remembered as a vivid testament to the true meaning of people's mastery of the country. I don't know how those countries that have always boasted of their "democracy" but actually "lain flat" (describing people who do the bare minimum to get by) in the fight against the pandemic will feel about this data, and how the people living in those countries will interpret it. True democracy is about walking the talk you made in the election campaign. You can't just be "a giant in words but a dwarf in action."

Democracy provides basic training for the all-round development of humanity. Does democracy only mean elections? Obviously, no. There are many different kinds of democracy in the world, and the true meaning of democracy is that the people are the masters of their own country. If democracy only means elections, then people will only be passive recipients, not active contributors. In fact, when it comes to different links of the democratic process, democracy is an overarching concept consisting of elections, decision-making, consultation, governance and supervision, etc. Democracy should be a kind of all-round and whole-process concept, and it is by no means equivalent to elections.

In China's democratic practice, more than 99 percent of Chinese citizens over the age of 18 enjoy the right to elections. The voter turnout rate has remained at around 90 percent in all direct elections of deputies to the county and township people's congresses since the reform and opening up, ensuring that the election results fully reflect the will of the overwhelming majority of the people. Since 2008, after the initial review by the Standing Committee of the National People's Congress (NPC), draft laws are generally published on the NPC's website to solicit public opinions. At present, more than 240 draft laws have been made available for public consultation through the website, with more than 1.4 million person-time participants in the process and more than five million suggestions promoted. In short, people's participation in elections, decision-making, consultation, governance and supervision, on the one hand, is a manifestation of people enjoying their democratic rights, and on the other hand, a process in which people can be well trained and hence acquire certain skills so that they can participate and deal with the relevant public issues with ease, lead a better political life, and thus better take charge of their own country.

The fine division of labor is a key feature of modern economic activities. However, although it enhances efficiency, it also brings certain pitfalls, especially the tendency of lopsided human development, causing structural constriction. Only democracy, or more precisely, only real, broad-based and effective democracy, can fully recognize the essential attributes of human beings and highlight the utmost need for all-round development by humans amid the complex realities, so as to better promote the all-round development of mankind.