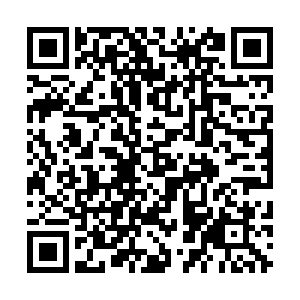 The Macao SAR will celebrate the 22nd anniversary of Macao's return to China on Monday.

A series of events will be held, including a flag-raising ceremony on the signature Golden Lotus Square. SAR Chief Executive Ho Iat-seng is expected to address a reception.

In its second five-year plan released a few days ago, the region plans to position itself as a global tourism and recreational center and expand its functionality as a service platform for business and trade cooperation between the Chinese mainland and Portuguese-speaking countries by 2025.

The SAR will also improve its election system to ensure that the governance of Macao is firmly held in the hands of patriots, according to the plan.

On December 20, 1999, China resumed the exercise of sovereignty over Macao and established the Macao SAR. Under "One Country, Two Systems," the socialist system is not practiced in Macao, which is allowed to retain its capitalist system and way of life and is given a high degree of autonomy.

Beyond Expo: Macao eyes high techs to turn into a smart city

Due to COVID-19 restrictions, no more than 500 people will be allowed to attend the face-to-face event, according to Russian presidential spokesman Dmitry Peskov.

Putin is expected to take questions on a wide range of issues from domestic and international media outlets.

The annual news conference comes as Russia accuses Ukraine of undermining the implementation of the Minsk agreements, which were designed to peacefully end the conflict in Ukraine's Donbass region starting in April 2014, and as the West threatens Russia with "massive consequences" should it attack Ukraine.

Putin has been calling for immediate negotiations on clear and internationally legal agreements against the North Atlantic Treaty Organization's further eastward expansion and against the deployment of weapons in Russia's neighbors, especially Ukraine.

Libya is scheduled to hold presidential elections on Friday.

More than 2.5 million Libyan voters have received their voter cards and are expecting to cast their votes in the polls, which are part of a roadmap adopted by the UN-sponsored Libyan Political Dialogue Forum.

On December 11, the High National Electoral Commission in Libya postponed the publication of the official list of candidates, which was due at least 15 days before the elections, citing plans to conduct judicial and legal procedures related to the elections.

The Libyan parliamentary elections, originally scheduled to be held on the same day as the presidential polls, have been postponed to January 2022.

Tuesday: The latest round of Astana talks on Syria kicks off in Nur-Sultan, Kazakhstan (to Wednesday).