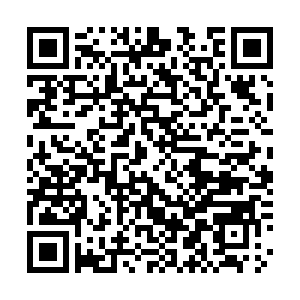 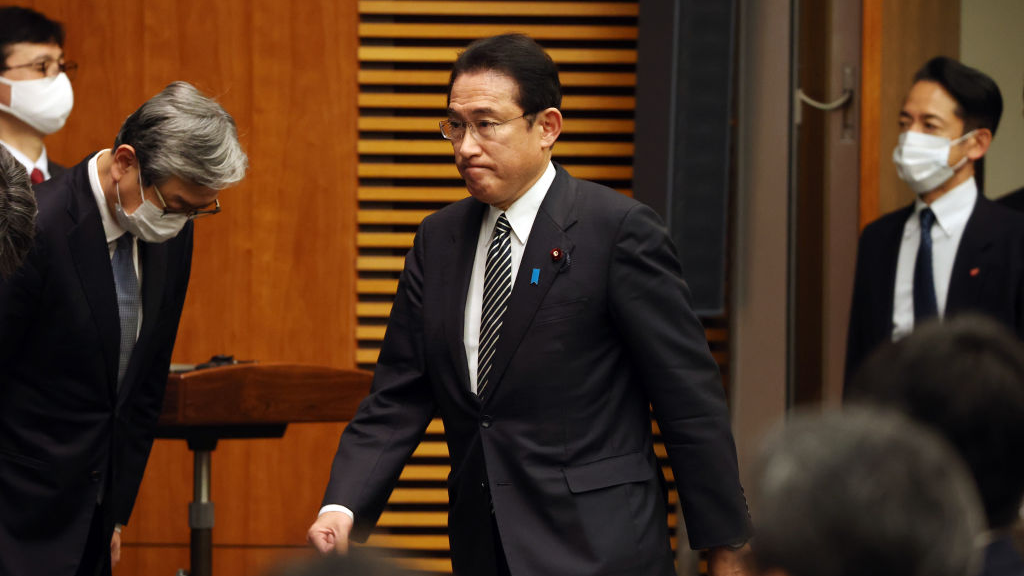 Editor's note: This is the second article of the "2021 Year in Review" series on "New Crises, New Orders and New Paradigms." Chen Yang is an adjunct research fellow at the Centre for Japanese Studies, Liaoning University. The article reflects the author's opinions and not necessarily the views of CGTN.

Since taking office as Japan's new prime minister on October 4, Fumio Kishida has intended to build a new order within his administration, with already evident differences from his predecessors in terms of personnel in his political party's senior leadership and cabinet.

For instance, Kishida appointed Toshimitsu Motegi, a pro-China politician, as Secretary-General of the Liberal Democratic Party (LDP), one of the most important positions within the party. Young politicians Tatsuo Fukuda and Yuko Obuchi, whose fathers Yasuo Fukuda and Keizo Obuchi both contributed to the development of Sino-Japan relations during their respective terms as prime minister, were also promoted to senior leadership in the party.

It is fair to say that while Toshihiro Nikai was the only pro-China politician in the LDP senior leadership in the Shinzo Abe and Suga Yoshihide administrations, the pro-China strength in the Kishida administration has greatly increased.

As to the cabinet, although the hawkish Nobuo Kishi remains as Minister of Defense, Kishida's appointment of Yoshimasa Hayashi, renowned for his knowledge of and contacts in China, as the new Foreign Minister can effectively balance the political dynamics.

Kishida's staffing decisions were motivated by the need to break the shackles of the party's heavyweights such as Shinzo Abe, but also his aspiration to continue the political philosophy of the Kochikai (or Broad Pond Society, a leading faction within the LDP) that values relations with China and other neighboring countries.

It is worth noting that during the phone conversation with Chinese President Xi Jinping on October 8, Prime Minister Kishida indicated explicitly that Japan is willing to "take the 50th anniversary of the normalization of diplomatic relations as an opportunity to make joint efforts in building a constructive and stable Sino-Japan relationship that meets the requirements of the new era."

It has reflected Kishida's intention to foster a new order of Sino-Japan relations. However, with the current political climate in Japan and beyond, his China policy may not always be smooth sailing for the following reasons.

First, there have been rising anti-China sentiments in Japan. The LDP's Committee on Foreign Affairs and Defense has repeatedly made irresponsible remarks about China's internal affairs concerning the Hong Kong Special Administrative Region and the island of Taiwan.

Shinzo Abe even claimed that "any Taiwan contingency would also be an emergency for Japan." An "unusually large" contingent of 99 Japanese lawmakers visited the controversial Yasukuni Shrine. These words and deeds reflect that Japan is becoming increasingly conservative and radical.

Although these should not be totally pinned on the Kishida administration, the hardline approach taken by some Japanese politicians against China and the anti-China sentiments in Japan are obviously not conducive to Sino-Japan relations, and may hinder the development of bilateral relations, particularly when Abe and some other Japanese politicians have pressured the Kishida administration to boycott the 2022 Winter Olympic Games in Beijing.

Second, as a loyal ally of the U.S. in the Asia-Pacific region, Japan has been closely following the strategic deployment of the U.S. for a long time after World War II. Amidst the intensifying rivalry between China and the U.S., it is difficult for Japan to fundamentally adjust its China policy if there is no obvious turnaround in China-U.S. relations. 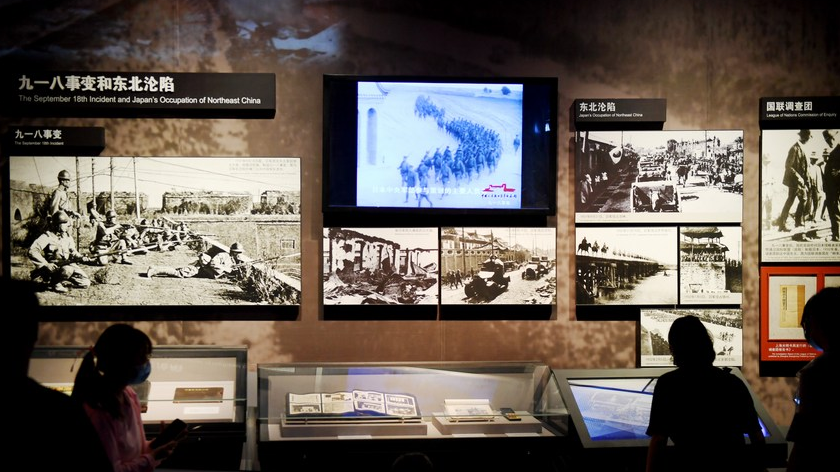 Visitors view exhibits at the Museum of the War of Chinese People's Resistance Against Japanese Aggression in Beijing, capital of China, September 18, 2021. /Xinhua

Visitors view exhibits at the Museum of the War of Chinese People's Resistance Against Japanese Aggression in Beijing, capital of China, September 18, 2021. /Xinhua

It is expected that in the near future, Japan will continue to actively cooperate with the U.S. in the strategic deployment to curb the rise of China by promoting the strategy of a "Free and Open Indo-Pacific," participating in the Quadrilateral Security Dialogue  between the U.S., Japan, India, and Australia, and pointing fingers at China's internal affairs concerning the Taiwan question and the so-called "human rights issues."

After all, the moderate Kishida sees the need to deepen economic and trade ties with China to boost Japan's economy in the post-pandemic era and the importance to maintain relatively stable Sino-Japan relations.

Finally, Fumio Kishida is not only the first Japanese prime minister from the LDP's Kochikai in the 21st century, but also a rare dovish prime minister in many years. Former Japanese leaders Ikeda Hayato and Ohira Masayoshi helped build a new order in Japan at different stages after World War II.

Kishida's staffing decisions that have introduced many younger LDP members and pro-China politicians into the party's senior leadership and the cabinet have demonstrated his tendency to build a new political order different from the Abe or Suga administrations. It is bound to exert influence on Japan's governance.

As 2022 marks the 50th anniversary of the normalization of diplomatic relations between the two countries, there has been and will be a lot of interest in whether Kishida can foster a new order of sound Sino-Japan relations free from the influence of the U.S. and bring it to new heights.