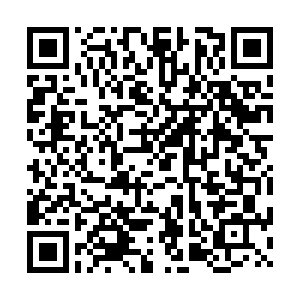 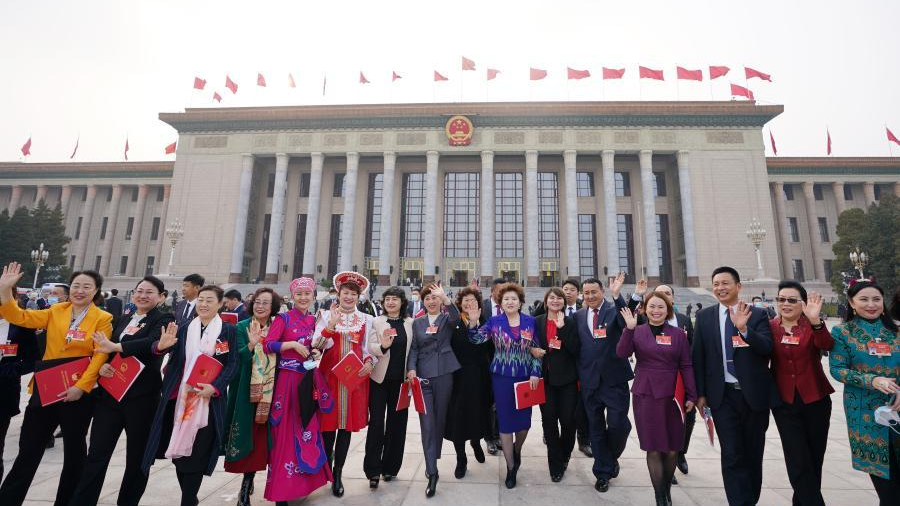 Editor's note: This is the seventh article of the "2021 Year in Review" series on "New Crises, New Orders and New Paradigms." Ian Goodrum is a member of the Edgar Snow Newsroom and the international department of the Communist Party of the United States. The article reflects the author's opinions and not necessarily the views of CGTN.

The end of the year is, frequently, a time for senseless clichés. I won't bore you by repeating them.

What I will say, in lieu of the Auld Lang Synes and so forth, is that in 2021, China has managed both to take stock of its achievements and look confidently into the future.

This was exemplified by two documents released this year. In November, the sixth plenary session of the Communist Party of China's 19th Central Committee published a resolution surveying the 100 years of the Party's history, comprehensively contextualizing the journey it has been on since its founding in 1921. But in the spring, another mammoth volume was published, one which set definitive, tangible goals for the years ahead.

I'm talking about the 14th Five-Year Plan (2021-2025) for National Economic and Social Development, which was released along with Long-Range Objectives Through the Year 2035. In it, China presents a set of targets in key economic, social and developmental indicators for the coming half-decade, as well as more qualitative statements for the distant horizon. It's highly detailed and worth a close look, if for nothing else than to disabuse oneself of the notion that China's ambitions are opaque.

One of the more striking conclusions that can be drawn from the new five-year plan is that growth is no longer the sole metric by which the Chinese economy will be measured. As the country moves into a new stage of development, a new set of numbers takes on greater significance: employment, disposable income, labor productivity, environmental protection, years of education, doctors per 1,000 people and several other figures are being used to track China's progress in the 14th Five-Year Plan period. In many ways, these are even more important, as they directly reflect how conditions for people are improving and what areas still need attention. All the GDP growth in the world won't matter that much, after all, if people aren't living happier, healthier, longer and more dignified lives.

"High-quality development," "dual circulation" and "new development paradigm" are phrases that are often dismissed as empty rhetoric in the West, but they represent an outlook that is forward-thinking, adaptable and most critically puts people first. A country that had no interest in its people would make GDP growth the perpetual, sole benchmark for economic health, with little attention paid to the quality of life for the average person. 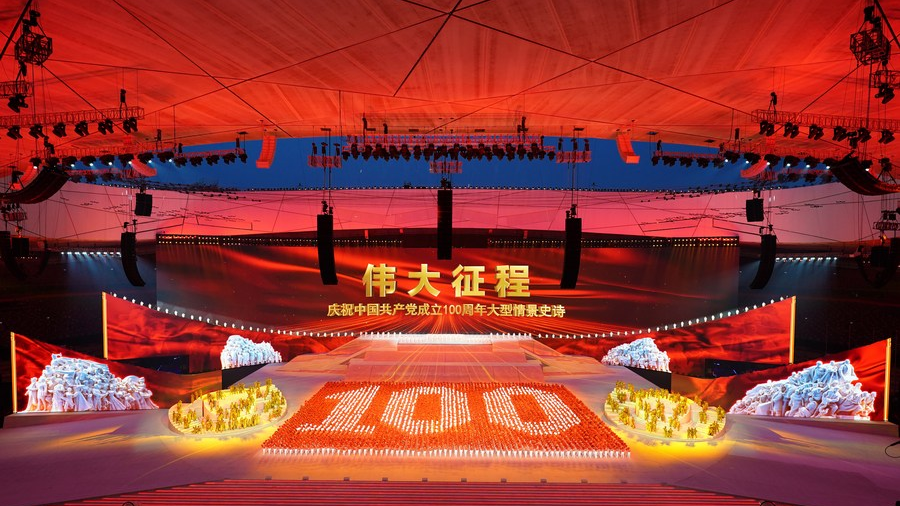 We see the outcome of this philosophy every day in many countries – stagnant incomes, rising inequality and an inability to deal with even small-scale financial emergencies without taking on new debt. These are places where wealth is growing, as reflected in GDP, but that growth is wildly disproportionate, enriching a tiny sliver of the population at the expense of everyone else. That's not the future China wants, and a rational allocation of resources through planning is the only way to prevent it. Each year, China sets goals and meets them, proving to the world that it is possible to enjoy a stable, sustainable development that benefits all.

Coming from a country where major political decisions seem to happen on a whim, the very notion of a long-term plan can seem like a novelty. Saying China "thinks in decades" while other countries only think until the next election has become a well-worn chestnut among the Western commentariat; it has a measure of truth, but not because of some intractable cultural difference or the peccadilloes of parliamentary democracy. Rather, it comes from the orientation of communist parties in general and China's in particular – its historic stance and organizing principles maintained over a century.

As the most advanced elements of the working class and the political organ which holds a decisive leadership role, a communist party must act in the interests of that class rather than that of the bourgeoisie. Since the working class represents the vast majority of people in any given country, with all the contradictions and complications that implies, seeing to their needs without a concrete plan in place would be an impossible task.

But what would happen without it? We don't need to look far, or work in hypotheticals. It is an indisputable fact that bourgeois "democracy," with its partisan bickering and laser focus on the short-term, carries with it a degree of chaos, a seemingly detrimental level of uncertainty and tension. To many, this is its biggest shortcoming. But this is, at most, a symptom, and not necessarily a problem at all for those who stand to gain from government inaction.

Electoral chaos is one of many outward expressions of turmoil from a system where, broadly speaking, dysfunction serves a larger purpose. The ritualistic fracas of parliamentary politics reflects a deeper phenomenon, namely the anarchy of capitalist production; an environment where every economic actor is looking to maximize immediate gains without thought to the consequences. In that sense, a political system incapable of long-term planning or prioritizing social benefit works entirely to the advantage of the class that holds monopoly power. Keeping the working majority fighting itself through the theater of elections aligns perfectly with the interests of that class, which fears rational, equitable distribution of resources above all else. It is, as they say, a feature, not a bug.

But China presents an alternative to this sad state of affairs. With its latest five-year plan, the country has laid out a road map for real action in a trying era. Attempts to contain and encircle China have intensified in recent years, and continuing on the path of progress has become a more demanding proposition. Armed with this document, released as it was in a year of great milestones as well as challenges, the Chinese government and people have a blueprint for the next five years, and indeed the next half-generation.

It's something the rest of the world could learn from – that is, if parts of it weren't so busy demonizing everything China does.