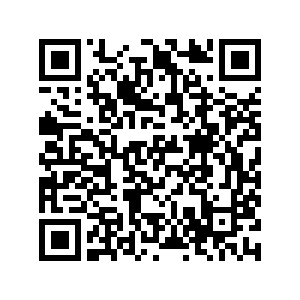 China on Wednesday issued its first white paper on export controls to give a full picture of related policies and help the international community better understand its position.

The document, titled "China's Export Controls" and released by the State Council's Information Office, elaborated on China's position, institutions and practices in improving export control governance, as well as its commitments and actions to safeguard world peace and development and security at the national and international level.

"The world is undergoing profound changes at a scale unseen in a century, with an increase in destabilizing factors and uncertainties, disruption to international security and order, and challenges and threats to world peace," the white paper said, explaining the reason behind the release.

The main body of the white paper consists of four parts: China's basic position on export control, continuous improvement of the legal and regulatory system for export control, modernization of the export control system, and international exchanges and cooperation.

According to the white paper, export controls are standard international practice and involve prohibitive or restrictive measures on the export of dual-use items, such as military products, nuclear materials, goods, technologies and services related to safeguarding national security and national interests, and other restrictions related to fulfilling non-proliferation and other international obligations.

The white paper stressed that fair, reasonable and non-discriminatory export control measures are increasingly important in addressing international and regional security risks and challenges and safeguarding world peace and development.

"China is pursuing a holistic approach to national security and taking more active steps to integrate into the process of economic globalization," the white paper said. "To build a more open economy and a more peaceful China, the country strives to achieve sound interaction between high-quality development and guaranteed security, modernize its export control regime and make new progress in export control governance."

According to the document, China will take concrete actions to participate in the international coordination of export controls, make progress on related international processes and work together with all other countries to build a global community of shared future and boost world peace and development.

The newly released white paper represents another step in the Chinese government's commitment to improving the country's law and governance mechanism in export control.

After four years of planning, China passed the Export Control Law in October last year, with detailed stipulations on export-control lists and measures. According to the law, besides military and nuclear products, relevant data and services are also subject to export-control stipulations. The law also allows the government to act against countries that abuse export controls in a way that harms China's interests. The law took effect on December 1, 2020.

Following the release of the white paper, China confirmed that it is still dedicated to expanding openness and will continue to coordinate opening-up and security in implementing export control, in a statement released by Xinhua News Agency.

"Opening-up is one of China's basic national policies and a unique icon, and expanding opening-up is the only path to high-quality development," Ministry of Commerce (MOFCOM) officials told Xinhua in a Q&A interview.

The country has enhanced regulatory openness and risk prevention and control capacity to optimize its business environment over the years, and it has effectively guarded against major risks to promote high-level opening-up, the ministry said.

"Stressing that China will not change its determination to share development opportunities with the rest of the world and its commitment to economic globalization, the ministry also said it will advance trading of export-controlled items that meet compliance requirements.

MOFCOM also elaborated on the measures taken by the Chinese government to establish and improve a modern export control system.

China has been strictly enforcing export control laws and regulations, and put in place a modern export control system with scientific design, orderly operation and vigorous enforcement, the ministry said.

China, the ministry said, widely adopts internationally-accepted practices such as license management, end-user and end-use certificates, and general licensing. By doing so, the country aims to promote trade of export-controlled items consistent with compliance requirements and to create a better business environment for high-level opening-up.

Meanwhile, fulfilling its due responsibilities as a major country, China firmly upholds the authority and efficacy of relevant international treaties, strictly complies with its international obligations and honors its commitments on nuclear, biological and chemical weapons, missiles and military products, and safeguards international and regional peace and stability.

It is an aspiration shared by most countries across the world to pursue shared development and common security, it said.

Bilaterally, based on mutual respect and mutual benefit, China has established inter-governmental mechanisms with various countries and regions to compare notes on practices through government-to-government consultations and discussions, as well as dialogue with businesses.

Moving forward, China will continue to take up its responsibilities as a major country, stay engaged in exchanges and cooperation on export control with other countries, and uphold the UN-centered international system and enhance consultation and communication with multilateral mechanisms as it works toward the sound development of international export control governance, according to the statement.