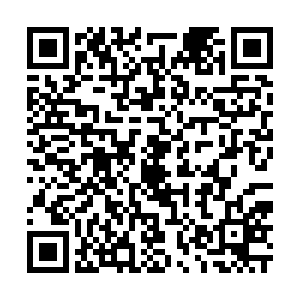 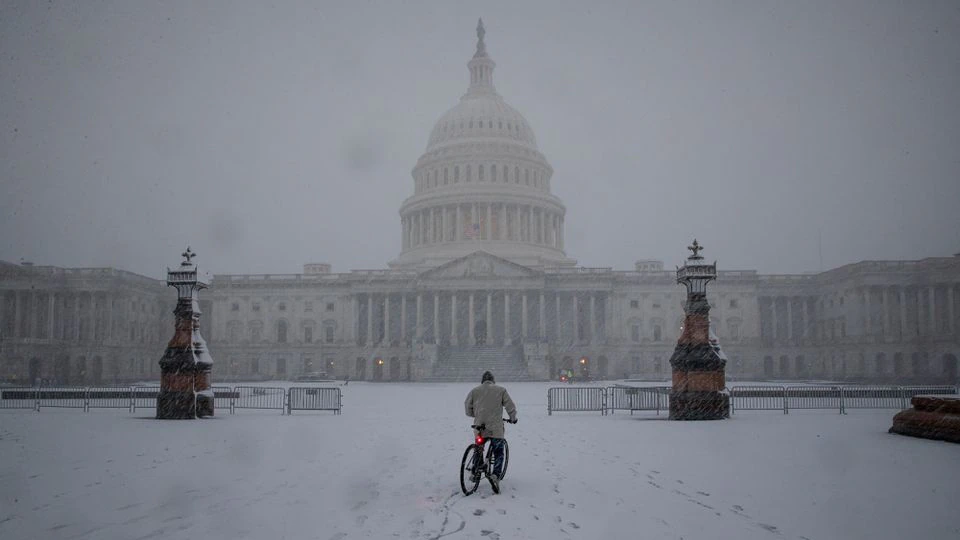 The East Front Plaza during a snow storm on Capitol Hill in Washington, U.S., January 3, 2022. /Reuters

The East Front Plaza during a snow storm on Capitol Hill in Washington, U.S., January 3, 2022. /Reuters

The United States shattered a single-day record with over 1 million COVID-19 cases on Monday amid the rapid spread of the Omicron variant, according to data from Johns Hopkins University.

As of 0500 GMT Tuesday, the country had registered about 1.07 million confirmed cases in the past 24 hours, remaining the world's worst hit by the pandemic. The number of new COVID-19 cases has doubled in the last seven days to an average of 418,000 a day, local media reported.

"The United States reported more than 2 million coronavirus cases in one week, breaking yet another record as the Omicron variant surges across the country," USA Today reported on Saturday.

The surge comes as the U.S. Centers for Disease Control and Prevention decided to shorten the recommended time that people should isolate following a positive test result from 10 days to five days if they do not show symptoms.

During the last week, the number of hospitalized COVID-19 patients rose 40 percent, up to 72 percent of the previous peak seen in January 2021, according to a Reuters tally. U.S. COVID-19 deaths have held fairly steady at 1,300 lives lost on average each day.

Still, the sheer number of cases has alarmed health officials with hospital systems in many states already strained. Maryland, Ohio, Delaware and Washington, D.C., are all at or near record COVID-19 hospitalization rates. 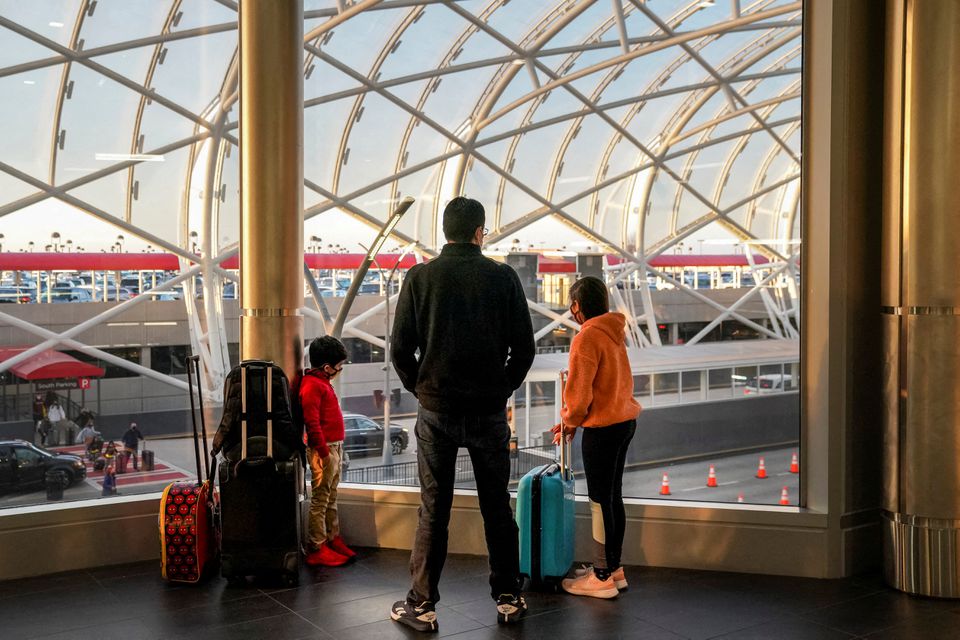 The high infection rates and resulting worker shortages caused by the pandemic are also putting a heavy burden on employers large and small. Thousands of airline flights have been canceled in the nation in recent days, and many businesses have shelved return-to-work plans.

Nearly 3,000 U.S. flights were canceled on Monday, according to the tracking website FlightAware. A number of businesses, including several major U.S. banks, have encouraged staff to work from home during the first few weeks of the year.

Besides, thousands of U.S. schools delayed this week's scheduled return to classrooms following the holiday break or switched to remote learning as the Omicron variant of the coronavirus pushed COVID-19 cases to record levels.

In Washington, D.C., all staff and public school students must upload a negative test result to the district's website before coming to class on Wednesday. Cities including Milwaukee, Cleveland and Detroit either implemented online instruction or canceled school altogether this week for tens of thousands of students.

Nationally, there are more than 2,750 school closures so far this week in the U.S., according to Burbio, a website that tracks school disruptions. 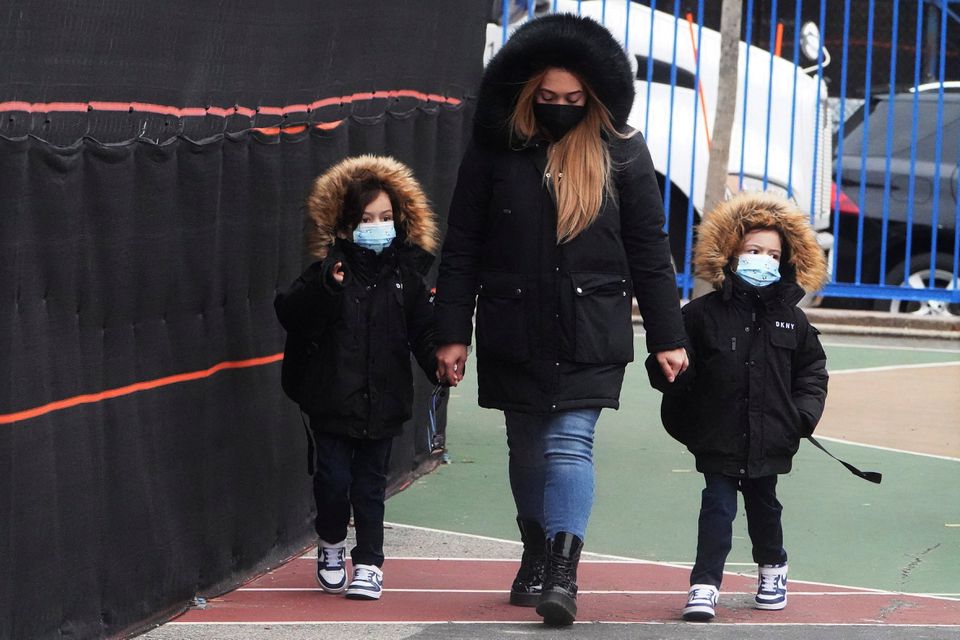 The U.S. Congress is also experiencing an unprecedented rise in COVID-19 cases, with the seven-day positivity rate at a congressional test site surging to 13 percent from just 1 percent in late November, the Capitol's attending physician said on Monday.

Most coronavirus infections on Capitol Hill have been occurring among the vaccinated, with the Omicron variant representing about 61 percent and the Delta variant 38 percent, based on a limited sample as of December 15, Brian Monahan, the attending physician of the U.S. Congress, told lawmakers and staff in a January 3 letter.

Monahan noted that breakthrough infections among the vaccinated on Capitol Hill have not led to hospitalizations, serious complications or deaths, a fact he said demonstrated the importance of vaccinations.