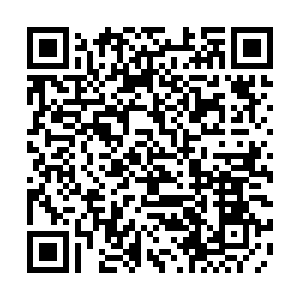 Russia's foreign ministry said on Thursday that the recent unrest in Kazakhstan is a foreign-inspired attempt to undermine the country's state security by force, according to Russian media.

"We consider the recent events in a friendly country to be a foreign-inspired attempt to use armed and trained groups of people forcibly to undermine the security and integrity of the state," a statement from Russian foreign ministry spokesperson Maria Zakharova said.

Zakharova said Russia will assist Kazakh authorities in stopping the violence and is interested in the soonest restoration of normal life in the country.

Russia would consult with Kazakhstan and other allies in the Collective Security Treaty Organization (CSTO) on possible further moves to support a "counterterrorist" operation there and unblock critical infrastructure, the spokesperson added.

In a similar tone, Serbian President Aleksandar Vucic said on Thursday that foreign intelligence services are behind the ongoing mass riots in Kazakhstan.

Belarusian President Alexander Lukashenko also suggested that the events in many Kazakh cities were coordinated and planned.

"Everything happened synchronously. Everything was pre-planned. In terms of coordination, the external interference is obvious," Lukashenko said.

Dissatisfied with surging fuel prices, people protested en masse across different regions in Kazakhstan in recent days. The protests have led to several deaths involving both protesters and law enforcement officers and over 1,000 injuries.

Russian media said the damage from riots in Kazakhstan has exceeded $90 million.

Kazakh President Kassym-Jomart Tokayev has called for the creation of an investigative group to determine the cause of the disturbances in the country and hold all those responsible accountable as "anti-terrorist" special operation continues in major Kazakh cities.

The Ministry of Internal Affairs of Kazakhstan said on Thursday that police detained about 2,000 people in Almaty, the largest city in the country.

The United Nations said it's following the unrest in Kazakhstan with concern and called for restraint.

The CSTO on Thursday sent collective peacekeeping forces to assist in calming the situation.