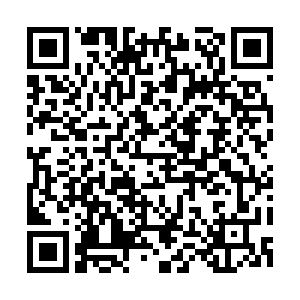 Protests in Kazakhstan have caused casualties among rioters and security officers as troops from the Collective Security Treaty Organization (CSTO) arrived in Kazakhstan to stabilize and normalize the situation on Thursday.

Police in Almaty said they had killed dozens of rioters overnight Wednesday and into the early hours of Thursday. Authorities said at least 18 members of the security forces had died, including two found decapitated. More than 2,000 people were arrested. 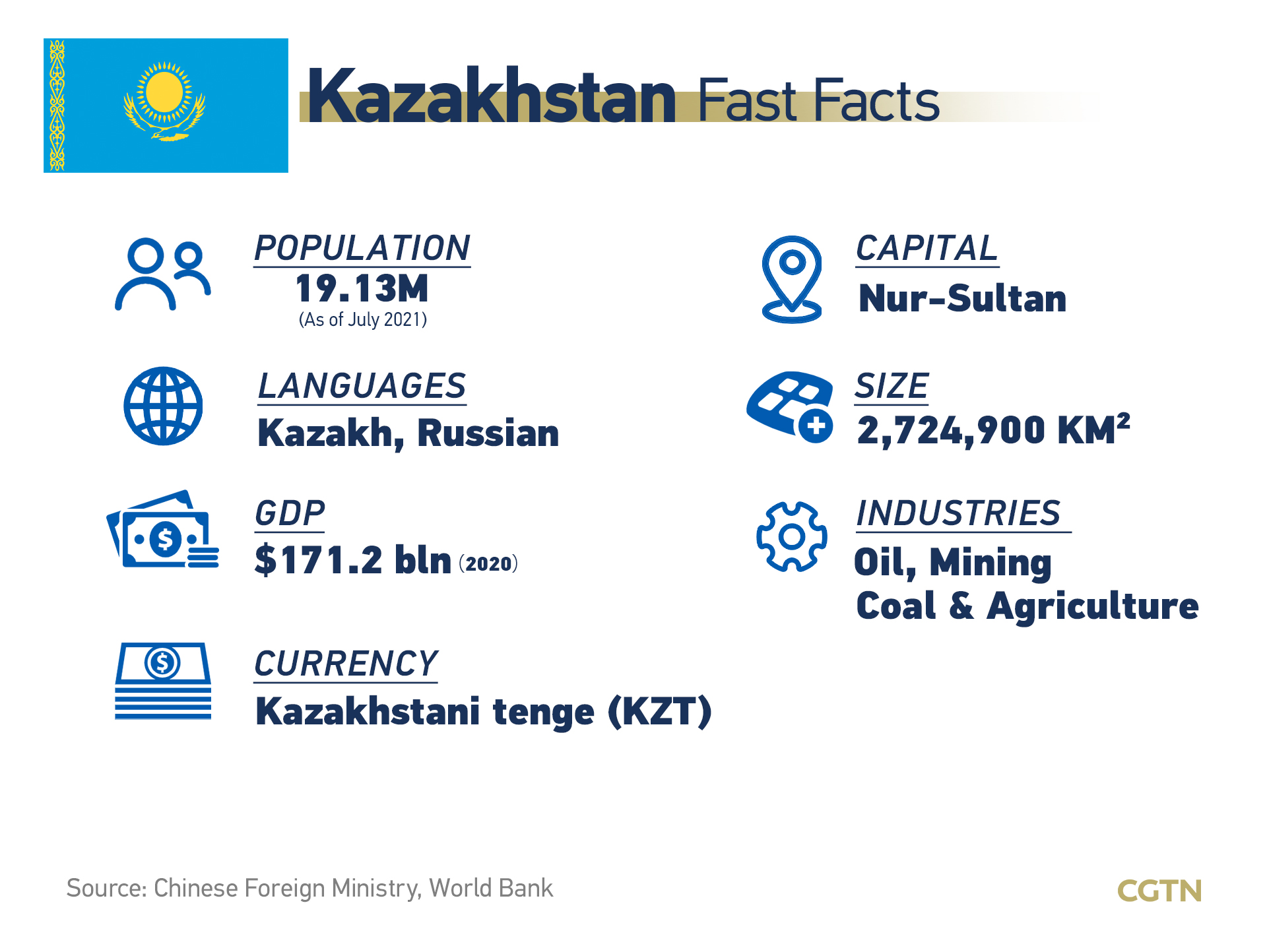 Official from Kazakhstan' health ministry told local media on Thursday that more than 1,000 people were wounded.

"More than 1,000 people were wounded following riots in different regions of Kazakhstan, nearly 400 among them were hospitalized and 62 people are in intensive care," deputy health minister Azhar Guiniyat said.

Police in Almaty said Thursday they had detained some 2,000 people in connection with ongoing mass unrest.

"Almaty police have moved forward to clear the streets... In total, about 2,000 people have been brought in," the interior ministry said in a statement. 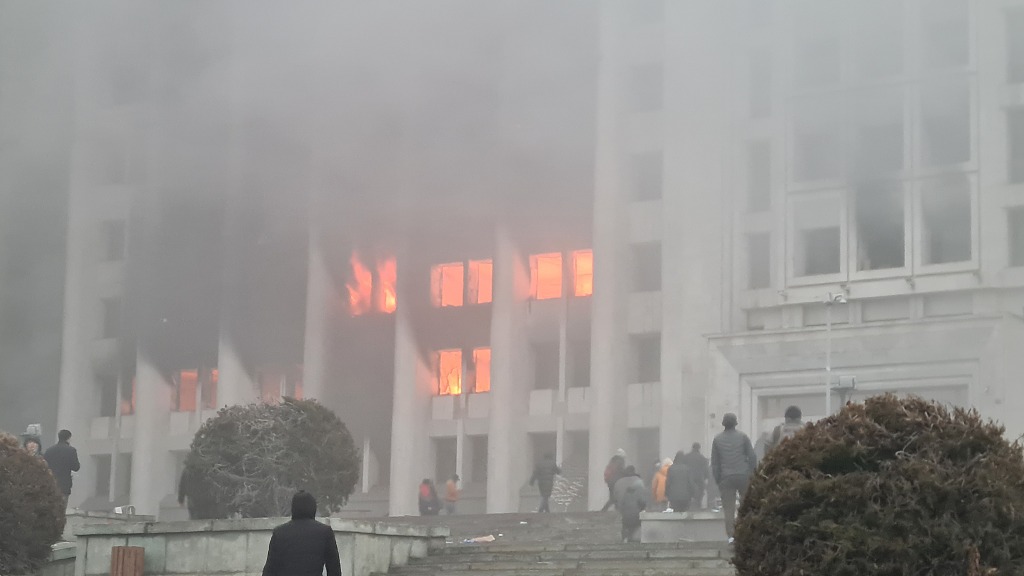 Protesters break into and set on fire the governor's office in Almaty, Kazakhstan, January 5, 2022. /CFP

Protesters break into and set on fire the governor's office in Almaty, Kazakhstan, January 5, 2022. /CFP

Mass protests in the central Asian country were sparked by rising fuel prices earlier this month, started in the cities of Zhanaozen and Aktau and later spread countrywide.

The government said in a statement it took the "urgent" measure to "stabilize the socio-economic situation" in the country, where LPG is widely used to fuel cars.

But protesters' gathering was being observed in Almaty with around 200 to 250 people in the city's central square, local media said.

New bursts of gunfire were heard Thursday evening in the central square as security forces fought to disperse protests. TASS said people were injured, but without giving exact number.

And two large hospitals in Almaty were reportedly surrounded by "armed terrorists" who were not letting any patients and medical staff in or out. 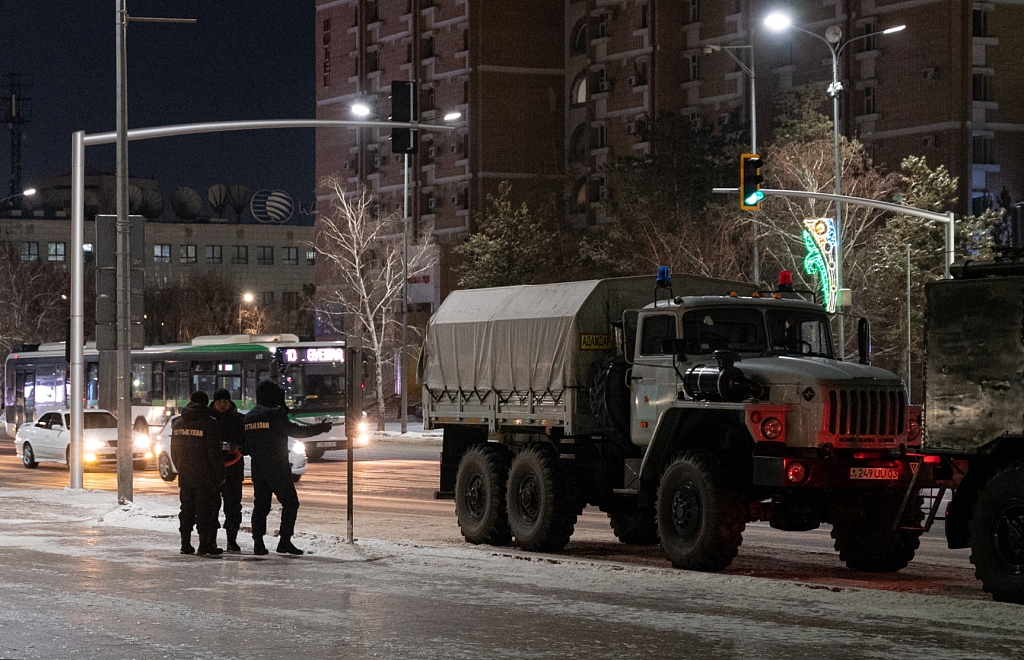 Law enforcement officers stand guard on a street as Kazakhstan declared a state of emergency in Nur-Sultan, Kazakhstan, January 5, 2022. /CFP

Law enforcement officers stand guard on a street as Kazakhstan declared a state of emergency in Nur-Sultan, Kazakhstan, January 5, 2022. /CFP

Kazakh President Kassym-Jomart Tokayev on Thursday ordered that a special team be created to investigate the mounting unrest rocking the country and hold all perpetrators accountable for their violent acts.

According to a press release on the presidential website, Tokayev gave a number of urgent instructions to the government and the armed forces, including stabilizing public transport, supporting businesses and increasing combat readiness, as protests continue in many parts of the country.

Stable operation of banks and other financial institutions should be restored after the tension eases, the president said. He also gave instructions to protect diplomatic missions, foreign investment and companies in Kazakhstan. 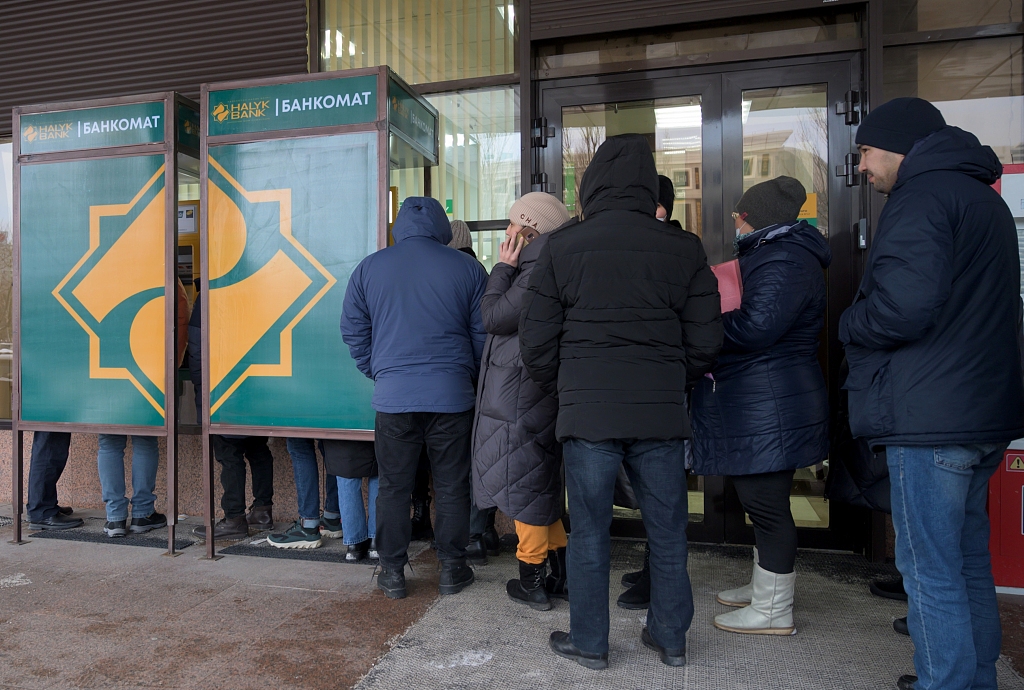 In order to put an end to the riots, Kazakh President Kassym-Jomart Tokayev accepted the government's resignation on Wednesday, and then asked for help from the Collective Security Treaty Organization (CSTO).

The CSTO said on Thursday that the Russian Aerospace Forces are delivering a contingent to Kazakhstan as part of the military bloc's peacekeeping mission.

According to a statement published by CSTO on its website, the mission's main tasks are to protect important state and military facilities, and to provide assistance to the Kazakh law enforcement agencies to stabilize the situation, it added, without disclosing the scale of the forces.

Russia's Foreign Ministry said on Thursday that unrest in Kazakhstan in recent days is a foreign-inspired attempt to undermine the country's state security by force, according to Sputnik.

In a similar tone, Serbian President Aleksandar Vucic also said on Thursday that foreign intelligence services are behind the ongoing mass riots in Kazakhstan.

China's Foreign Ministry spokesperson Wang Wenbin said on Thursday that China believes Kazakh authorities can solve its problem properly and hopes the situation in Kazakhstan will stabilize as soon as possible and return social order back to the right direction.

British Foreign Secretary Liz Truss on Thursday condemned acts of violence in Kazakhstan, adding that London was consulting with allies over next steps.

"We condemn the acts of violence and destruction of property in Almaty and we will be coordinating further with our allies on what further steps we should take," Foreign Secretary Liz Truss told parliament.

The United Nations said it follows the unrest in Kazakhstan with concern and called for restraint.