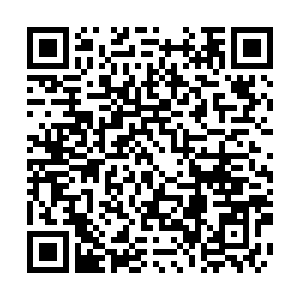 Founding President of Kazakhstan Nursultan Nazarbayev issued a statement through his press secretary on Saturday, dismissing rumors of him leaving the country amid the raging protests that have resulted in dozens of deaths.

The 81-year-old former leader is still in the capital Nur-Sultan, said spokesperson Aidos Ukibay on Twitter. He added that Nazarbayev was in "direct contact" with Kazakhstan's current President Kassym-Jomart Tokayev and urged "everyone to rally around the president of Kazakhstan to overcome current challenges and ensure the integrity of the country."

The statement also called on the Kazakh public to remain calm and stop spreading "knowingly false and speculative information."

The protests, which broke out over the weekend, were triggered by the sudden rise in fuel prices and have since turned into anti-government riots across the country. The unrest is the worst of its kind since the country gained independence 30 years ago. According to local media reports, hundreds have been injured, with at least 60 admitted to intensive care units of hospitals.

President Tokayev sacked the country's government and declared a nationwide two-week state of emergency on Wednesday. In a nationally televised speech on Friday, Tokayev dismissed the possibility to talk with protesters. "What stupidity. What kind of talks can we hold with criminals and murderers?" he questioned, calling them "armed and well-prepared bandits." He also added that he has given shoot-to-kill orders to deal with future disturbances, "More precisely, with terrorists. So we have to destroy them, this will be done soon." 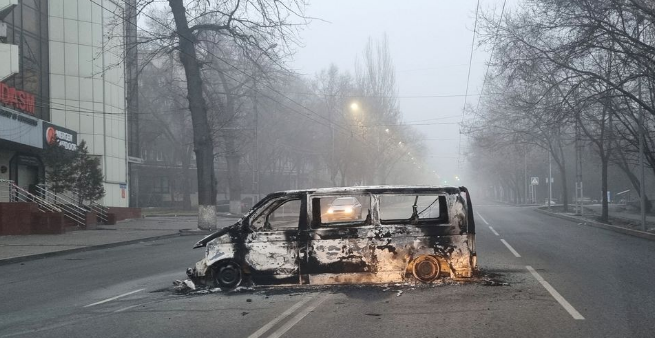 A vehicle that was burned during the protests in Almaty, Kazakhstan, January 6, 2022. /Reuters

A vehicle that was burned during the protests in Almaty, Kazakhstan, January 6, 2022. /Reuters

According to the Central Asian country president, the constitutional order has been largely restored in all regions of Kazakhstan.

The former head of Kazakhstan's domestic intelligence agency Karim Masimov has been detained on suspicion of treason, according to an announcement on Saturday. The former chairman of the National Security Committee of Kazakhstan, along with several other unnamed officials, was put into custody.

The Deputy Secretary of the National Security Committee of Kazakhstan Azamat Abdymomunov was also dismissed by President Tokayev on Saturday.

The United States on Friday said it was concerned about the ongoing state of the country, yet Secretary of State Antony Blinken questioned the need for Russia-led troops.

"It would seem to me that the Kazakh authorities and government certainly have the capacity to deal appropriately with protests, to do so in a way that respects the rights of protesters while maintaining law and order, so it's not clear why they feel the need for any outside assistance. So, we're trying to learn more about it," Blinken told reporters.

The U.S. also announced that it had approved the voluntary departure of non-emergency government employees and family members from the consulate general in the Kazakh city of Almaty.

Around 2,500 troops from a Russia-led military force arrived in Kazakhstan on Thursday, after Almaty, the country's largest city and former capital, was set ablaze on Wednesday. Russian officials emphasized that the deployment of its forces is temporary and was under the Collective Security Treaty Organization (CSTO), a Eurasian military alliance of five former Soviet republics and Russia.

Calling the unrest Kazakhstan's "internal matter," Beijing said it is willing to do its best to provide the necessary support to Kazakhstan and "help it tide over difficulties."