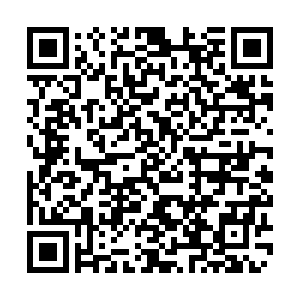 The situation in Kazakhstan has been stabilized in all regions of the country, with utilities and life support systems being restored, the press services of the Central Asian country's President Kassym-Jomart Tokayev said on Sunday.

Tokayev, during an operational headquarters' meeting, reiterated his determination to fully restore public order and security.

"Currently, some 125 criminal cases have been initiated, around 5,800 people have been brought to the police, with a significant number of foreign nationals among them," the press service said.

The president has declared a day of national mourning on January 10 to commemorate the deceased.

"In connection with the death of people as a result of terrorist acts committed in the Republic of Kazakhstan, it is declared that January 10, 2022, will be that nationwide mourning day," according to a decree released on Saturday signed by Tokayev.

The presidential office said a number of "strategic facilities" are under the guard of a Russia-led military alliance invited to restore order.

Details of the facilities were not identified by the office.

The protests in Kazakhstan also turned against Tokayev's government and former president of the resource-rich former Soviet republic, Nursultan Nazarbayev. Nazarbayev, 81, was in office since 1990 until Tokayev took over in 2019.

In response to the protests, Tokayev accepted the government's resignation on Wednesday.

Kazakhstan's former intelligence chief and two-time prime minister Karim Massimov has been arrested on suspicion of treason. Massimov also served as head of the presidential administration under Nazarbayev.

Oil prices up, bitcoin down and uranium less affected

The unrest in Kazakhstan has pushed up oil prices as investors fear supply interruptions.

The country holds a 12th of the world's proven reserves, according to the U.S. Energy Information Administration (EIA).

Production by Tengizchevroil, the largest oil venture in Kazakhstan, "has been temporarily adjusted as a result of protests at the Tengiz field," said Stephen Brennock of PVM brokerage.

But several analysts said there was no indication that oil production had been seriously affected.

On Friday, production at the country's top three fields was "said to be continuing," said Brennock.

Bitcoin prices went down as Kazakhstan shut down its internet during the uprising.

Kazakhstan last year became the world's second-largest center for bitcoin mining after the U.S., according to the Cambridge Center for Alternative Finance, after major hub China clamped down on crypto mining activity.

The downturn of cryptocurrency prices was also caused by hawkish Fed minutes.

Kazakhstan is also the world's second most significant uranium reserves behind Australia, according to the Cyclope annual report on commodities, accounting for 40 percent of the world's output, according to CRU consulting group.

But the production at uranium mines is "largely unaffected" by the uprising, said Toktar Turbay, an analyst at CRU consulting group, because those mines are located in remote areas of its southern Turkestan region.

(With input from agencies. Cover photo via CFP)