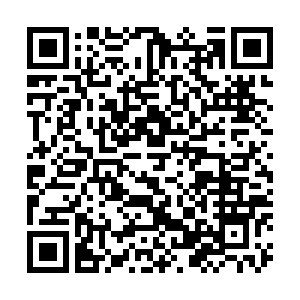 Despite remodeling its business, China's New Oriental Education and Technology Group laid off 60,000 employees as new regulations on the private education sector were implemented, according to its founder.

The Beijing-based New Oriental in November announced it would "cease offering tutoring services related to academic subjects to students from kindergarten through grade nine ("K-9 Academic AST Services") at all learning centers across China by the end of 2021."

The revenues from offering K-9 Academic AST Services accounted for around 50 to 60 percent of New Oriental's total revenues for the 2020 and 2021 fiscal year, added the tutoring service provider.

"Someone once suggested me to totally shut down New Oriental, but that is impossible," said Yu in another article on Monday, asserting the close is "emotionally unacceptable and unfeasible in reality."

Yu revealed there are still about 50,000 employees and teachers working in the company despite the massive lay-off.

According to its website, New Oriental had "over 105,200 employees, including over 54,200 highly qualified teachers" before the regulations came into effect.

The Chinese government said the move aimed to reduce the after-school excessive study hours and prevent education from being "hijacked by capitals."

Due to the regulatory storm, many tutoring services providers had to lay off staff, end their lessons and restructure their teaching programs.

New Oriental has struggled to transform its businesses to other sectors. In November, Yu announced that he would set up an online platform selling agriculture products to make up losses and, together with New Oriental teachers to help rural farmers sell fruit and vegetables via live streams.

On October 29, 2021, the 59-year-old hosted his first live-streaming e-commerce session on Douyin, the Chinese version of TikTok. However, the former billionaire only sold products worth around 4.6 million yuan ($721,827) during his three-hour live-streaming debut, according to SCMP, citing data from Huitun.

"Whatever the outside world considers, the development of New Oriental needs to continue," said Yu on his WeChat account.

Listed on the New York Stock Exchange in 2006 and Hong Kong in 2020, the company's market capitalization shrank over 90 percent since the policy was announced, according to Yu.

According to its website, new Oriental has enrolled approximately 67.9 million students since its founding in 1993.