Download
No breakthrough in OSCE talks between Russia, West
CGTN 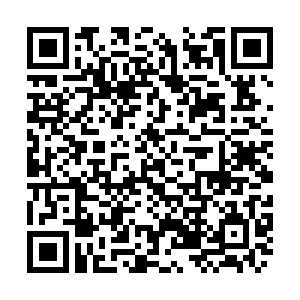 The latest round of talks aimed at defusing tensions between Russia and the West within the framework of the Organization for Security and Cooperation in Europe (OSCE) ended on Thursday without a breakthrough as both sides warned of potential escalation.

Helga Schmid, the OSCE secretary general, said the situation in the region was "perilous."

"It is imperative we find a way through diplomacy to de-escalate and begin rebuilding trust, transparency and cooperation," she said.

Alexander Lukashevich, Russia's permanent representative to the OSCE, said after the talks that Moscow was disappointed by the West's response to its proposals on Ukraine and European security.

However, Lukashevich said that Moscow will not give up on diplomacy and that the sides must reach an agreement or else run the risk of a potentially catastrophic outcome.

"It seems that the risk of war in the OSCE area is greater than ever before in the last 30 years," said Poland's Foreign Minister Zbigniew Rau, whose country chairs the OSCE in 2022.

Michael Carpenter, U.S. envoy to the OSCE, also warned of a major security crisis in Europe. "The drumbeat of war is sounding loud and the rhetoric has gotten rather shrill," he said.

The Vienna talks followed bilateral meetings between Russia and the United States in Geneva on Monday and Russia and the North Atlantic Treaty Organization (NATO) in Brussels on Wednesday. However, these negotiations have failed to narrow their differences.

Russia has repeatedly accused the West of threatening its security by expanding NATO eastwards and deploying weapons systems near the country's borders.

(Cover: Polish Foreign Minister Zbigniew Rau holds a press conference after the latest round of OSCE talks in Vienna on January 13, 2022. /AFP)