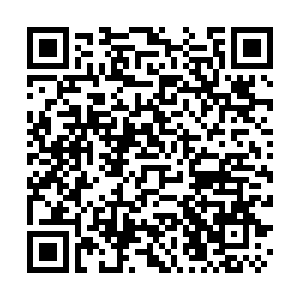 According to the Russian defense ministry, the last batch of Russian peacekeepers under the Collective Security Treaty Organization (CSTO) returned from Almaty, Kazakhstan on Wednesday.

After protests across Kazakhstan erupted, the CSTO sent 2,600 peacekeeping troops from Russia and other members of a regional security organization on January 6 in response to Kazakh President Kassym-Jomart Tokayev's appeal for military assistance. 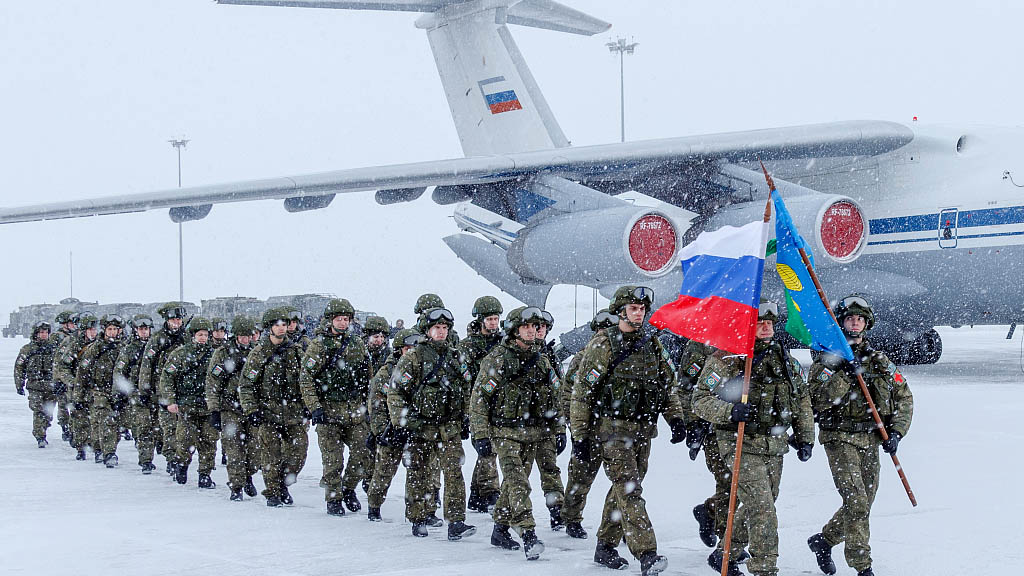 Kazakh State Secretary Erlan Karin said Wednesday that the intelligence agencies are investigating pieces of evidence on foreign involvement in the riot.

The main tasks of CSTO were to protect important state and military facilities and assist the forces of law and order of the Republic of Kazakhstan in stabilizing the situation, according to the CSTO.

The protests began in the oil-producing western province of Mangystau on January 2 following the lifting of price caps on liquefied petroleum gas (LPG), a popular car fuel, causing consumer prices to surge. The demonstrations quickly spread to the surroundings of Mangystau Province and the country's largest city, Almaty.

On January 5, Tokayev declared a state of emergency in the regions of West Kazakhstan, North Kazakhstan and Pavlodar. Russian CSTO peacekeepers at an airport in Russia on arrival from Almaty, Kazakhstan, January 16, 2022. /CFP

Russian CSTO peacekeepers at an airport in Russia on arrival from Almaty, Kazakhstan, January 16, 2022. /CFP 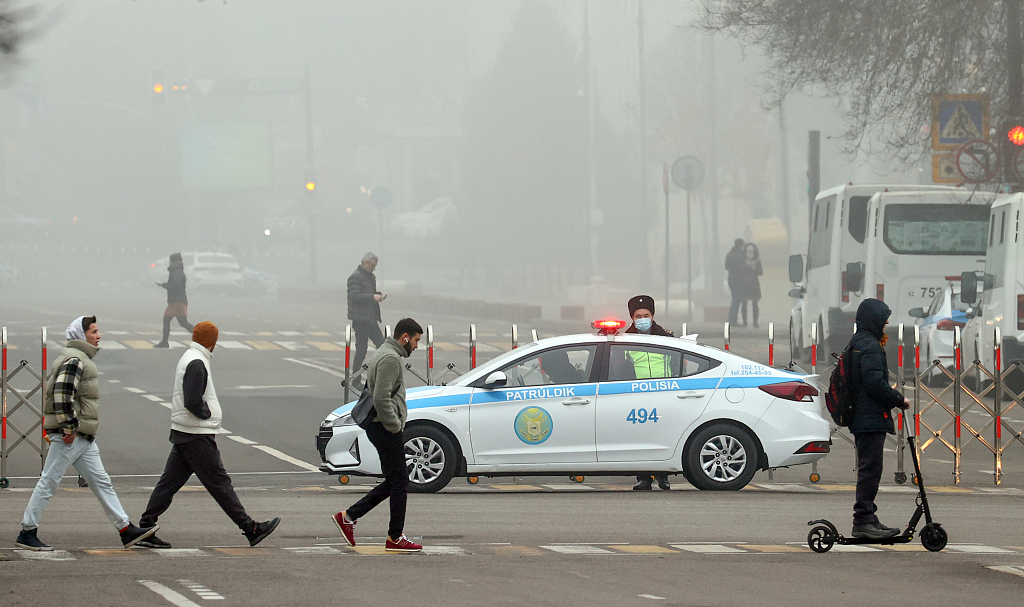 A traffic police vehicle on a street corner in Almaty, Kazakhstan, January 17, 2022. /CFP

A traffic police vehicle on a street corner in Almaty, Kazakhstan, January 17, 2022. /CFP

The state of emergency ended at midnight on Wednesday, January 19.

Although law and order has been restored to all the country's regions, the anti-terrorist operation continues in several regions, according to Kazakh authorities.

During the state of emergency, almost 10,000 people were detained and 227 people killed, according to the Kazakhstan Ministry of Health.

Russian peacekeeping troops back to base after mission in Kazakhstan

(Cover: Russian servicemen board a military aircraft at an airfield outside Moscow, Russia on their way to Kazakhstan, January 6, 2022. /CFP)