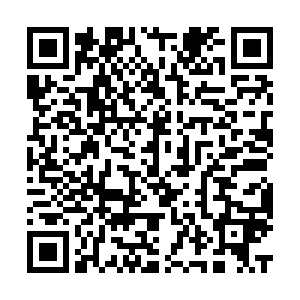 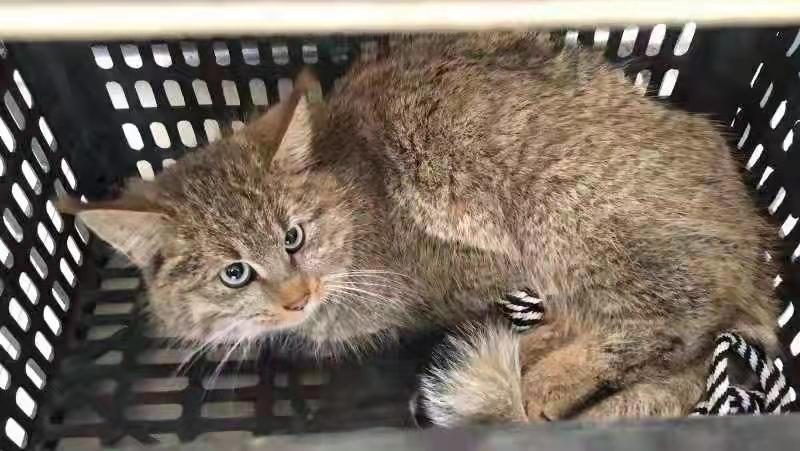 A Chinese mountain cat known as "Huang Rong" was the first in the world to be successfully released back into the wild after toe amputation surgery. It was released into the Laohu Valley on Monday in Qilian Mountains National Park in northwest China's Qinghai Province.

The injured cat was found by a villager in Hantai Village, Menyuan Hui Autonomous County in October 2021. The local police later sent it to the Qinghai Wildlife Rescue and Breeding Center for treatment.

"The cat was about five months old when we first saw it. We performed the amputation after determining that it had broken a toe on its right front paw. After amputating one toe, it had nine left. Because it is a young female, we named her 'Huang Rong,' after a female character in a famous kung fu novel," said Qi Xinzhang, deputy director of the Qinghai Wildlife Rescue and Breeding Center.

After three months of treatment, nursing and training, her weight has increased from 2.4 to over 3.5 kilograms, and she was ready for release.

"We saw her run very quickly when the cage was opened. This also confirmed our previous judgment that she had adequately recovered and could still run perfectly," said Qi.

Experts from the Qinghai Wildlife Rescue and Breeding Center, Chinese Agricultural University and local forest police selected a release site for "Huang Rong." The site has food, water and a suitable temperature, elevation and environment for the cat.

"I believe that she can quickly become accustomed to the environment and return to her home," said Qi.

The Chinese mountain cat is found only in China and is under first-class state protection.

For more about Chinese mountain cats:

Chicken 'thief' caught and released back to the wild