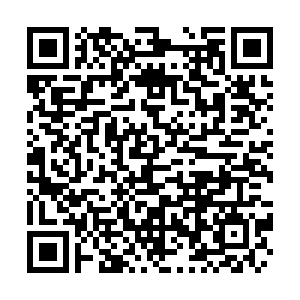 The Communist Party of China's (CPC) top disciplinary agency pledged to maintain a strong and persistent crackdown on corruption in a communique released Thursday.

The communique was adopted at the sixth plenary session of the 19th CPC Central Commission for Discipline Inspection (CCDI) held in Beijing from Tuesday to Thursday.

Xi Jinping, general secretary of the CPC Central Committee, Chinese president and chairman of the Central Military Commission, addressed the plenum on Tuesday.

In his speech, Xi stressed the importance of maintaining a zero-tolerance stance on corruption and rigorous and unswerving efforts to further promote full and strict Party governance.

The session reviewed the CCDI's disciplinary work in 2021, a year the CPC celebrated its centenary and reviewed its major achievements and historical experience over the past century, said the communique.

The session also laid out major tasks in terms of disciplinary work for 2022, when the CPC will convene its 20th national congress, a major event in the political life of the Party and the country, the communique said.

Discipline inspection commissions and supervision agencies should play a better role in enforcing oversight over decision implementation, the communique said.

Having the courage to reform itself distinguishes the CPC from other political parties. It is the Party's secret to avoiding the historical cycle of rise and fall and remaining vibrant after a century of struggle, the communique said.

Political oversight should focus on several vital tasks, including deepening reform and opening-up across the board, advancing common prosperity, building strength in science and technology, and forestalling and defusing major risks, the communique noted.

The document stressed the importance of putting the spotlight on leading officials, also known as the "key few."

It called for strengthened oversight over officials in command and leadership teams, especially concerning their performance in fulfilling their responsibility to exercise strict Party self-governance in all respects, implementation of democratic centralism, and their exercise of power according to laws and regulations.

Calling for unswerving efforts to deepen the anti-corruption drive, the plenum stressed that no mercy will be shown to those who run or are engaged in political factions, cliques or interest groups within the Party, and strict standards will be adopted to educate, manage and supervise young officials.

Efforts will be stepped up to investigate and punish any corruption behind the runaway expansion of capital and the monopoly of platform enterprises in order to sever the connections between power and capital, and financial discipline will be strengthened, said the communique.

It also said coordination in disciplinary inspections at different levels should be improved, and the effective reform of discipline inspection and supervision systems should be continuously promoted.