Download
One year in, Biden has done the 'Pivot to Asia' with guns
Take Note 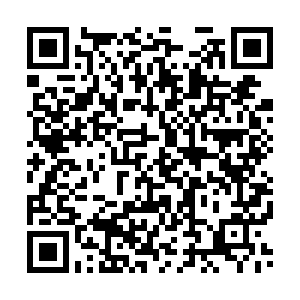 Ryan Hass, a senior fellow at the Brookings Institution, described the current China-U.S. relationship as in a state of "mutually tolerable friction," that there's a "renewal of a certain sense of professionalism" in conducting it. This is pretty much the consensus a year into Joe Biden's administration. In my last video, I described his China policy as a Cold War strategy with realistic tactics. And the realistic tactics worked. There's the sense that tension is cooling across the board.

But there's one thing in the first year of Biden's presidency that went against that sense. And that is the military encirclement of China. Now, if you recall, when Biden was in power the last time, he was part of the so-called "Pivot to Asia" strategy. It was represented in a major trade agreement – the Trans-Pacific Partnership (TPP) – mainly an economic "counter" to China's growing influence.

Today, instead of using trade as its face, it is using the military. Here are some things the United States has done in Biden's first year:

"The American military flew a record number of spy planes over the South China Sea in November."

"The U.S. has also expanded its flight range last month by sending a patrol aircraft over the Taiwan Straits that came within about 16 nautical miles (29 kilometers, 18 miles) of China's territorial waters."

"The Commander of the U.S. Seventh Fleet, Vice Admiral Karl Thomas, based in the Pacific region, called for a big increase in aircraft carriers for the region."

And take a look at this. In these 12 months of Joe Biden in office, these military alliances have come to the forefront. Here's the Quad, made up of the United States, Japan, India and Australia. AUKUS among the U.S., the UK and Australia. The U.S. and Japan are close to signing a new five-year pact for Japan to support U.S. military forces in the country and a new agreement to research and develop new defense technologies. The Quad members, along with Canada and South Korea, have conducted a multinational exercise Sea Dragon at Guam. Japan and Australia signed the Reciprocal Assessment Agreement.

This list is by no means exhaustive. But already, you can see the map getting smudged by all kinds of colors. Think about this: What are you going to do if you have guns pointed at your house from all sides?

This is where that "mutually tolerable friction" could become intolerable. The nature of a military encirclement is to impose a direct threat on the target's national security. It's a classic play in international relations. At every turn of negotiation on any subject, there's going to be a constant reminder at the back of the head that there's a fleet of ships or a squadron of aircraft out there loaded with destructive materials pointed at you.

And China has staunch territorial claims in the South China Sea and the Taiwan Straits. National security and territorial integrity; could you think of anything touchier than this? Is there anything that could more easily lead to war?

Former Chinese Defense Ministry official Senior Colonel Zhou Bo once said in an interview that, "When we come to the China-U.S. military relationship, I would say there is something in common that is neither side wants a conflict. But the reality is that all American ships sail in China's water and all American aircraft fly in China's Exclusive Economic Zone, and it's not the other way around … So if you do not want the water to boil, so why would you throw wood into the fire?"