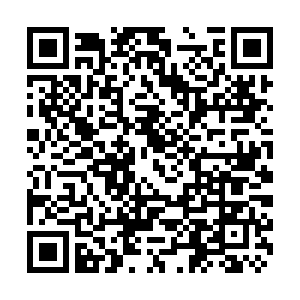 One of the big winners in China's stock market in 2021 was the utility sector as the country ramps up efforts to intensify its green footprints.

Traditional power sector notched up gains of over 40 percent, outperforming Shanghai Composite which ended the year with a 2.7-percent decline, according to Wind Financial Terminal. Share prices of the long-unloved coal-based power generators, such as Huaneng Power International and Huadian Power International, saw considerable increases, gaining 125.8 percent and 70 percent, respectively, due to the renewed investor interest.

Apart from China's pilot scheme for green electricity trading and recent reforms in electricity prices, analysts attributed the surge to high expectations on the performance of power companies in the renewable energy sector.

Last year, China said the country's renewable power is expected to account for more than 50 percent of its total electricity generation capacity by 2025.

Marching into the renewable sector is not entirely a policy-driven move, but rather an opportunity for companies to grow.

China Resources Power, one of the country's largest power generators by market value, also got considerable attention from investors last year, with its share prices more than doubling in value and rising to the highest level since it went public.

In 2020, the company's net profits from the new energy business accounted for as much as 50.1 percent, surpassing that of thermal power business.

Power producers are crucial in China's efforts to achieve its carbon targets. It is not only because they account for nearly half of the country's emissions, but also because of their advantages in the process of energy transition. Last year, the annual Central Economic Work Conference emphasized on fuel's dominant role in the country's power generation and consumption. So, instead of banking on a coal-free future, the grid may need to rely on at least some remaining coal capacity in the near future, as it's necessary to alleviate peak demand power shortages.

"New energy including wind and solar power generation is not stable due to the limitations of weather and time. That's why we saw tight supply last year, despite all the renewable power installations we have. So in order to stabilize the grid, we need to use fossil fuels to cope with unstable new energy supplies," said Zhang.

The positive cash flow of the power generators also matters. Zhang believes that thermal power can provide large-scale cash flows to help the country with energy sector's construction, because they don't need subsidies like wind and solar energy do.

However, the process of phasing out fossil fuels will not be an easy task, but a herculean one for power giants. According to data from S&P Global Ratings, a vast majority of the coal-fired plants will not be phased out until 2040.