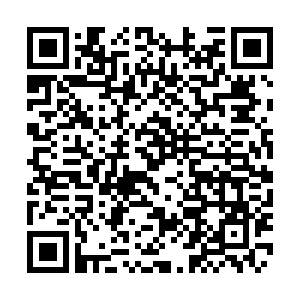 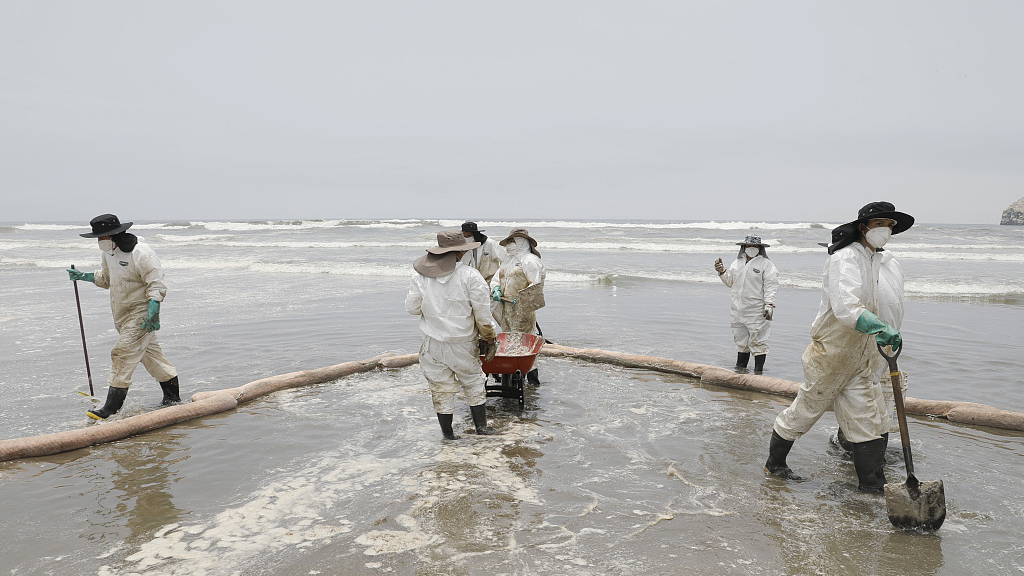 The damage from the volcanic eruption in Tonga has spread to Peru, as an oil spill has turned part of capital Lima's coastline into a black belt of foul smells and animal carcasses.

Peruvian authorities sealed off three beaches Monday after they were hit by an oil spill due to freak tsunami waves caused by the volcanic eruption in Tonga 10,000 kilometers away.

On Friday, workers in protective suits worked to clean up the oil-contaminated Las Conchitas beach in the Ancon district of Lima.

In addition to the threat to marine life, the pollution has also put the health of residents at risk. Peru's Ministry of Health has set up tents to provide medical care and emergency response to residents with health conditions.

"Serious ecological problems are now affecting the health of the people and animals who live here, with some suffering from headaches, stinging eyes, and hoarseness. The Ministry of Health of Peru has made an important commitment," said Elizabeth Rojas, an official with the ministry.

"The minister of health has ordered a deployment along the entire coastline to care for the sick on the one hand, and on the other hand, to provide preventive measures and necessary information to those living nearby and those affected. The idea is to keep people away from the beach, which is already contaminated, and not have direct contact with the affected animals."

"It is very important to go to a health care center immediately when symptoms appear. We believe that, with the joint efforts of the agencies, we can make progress and overcome this crisis," Rojas said. 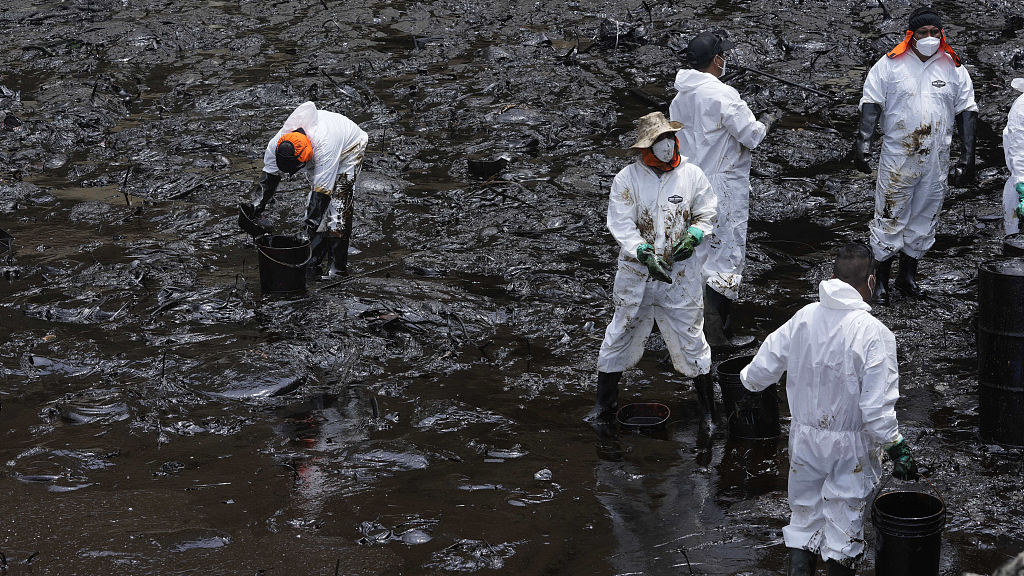 Workers in protective suits are seen cleaning up the oil-contaminated Las Conchitas beach in the Ancon district of Lima, Peru, January 21, 2022. /CMG

Workers in protective suits are seen cleaning up the oil-contaminated Las Conchitas beach in the Ancon district of Lima, Peru, January 21, 2022. /CMG

Residents who rely on marine economic activities have lost their long-held source of income, which had already been impacted by the COVID-19 pandemic.

"I make a living with the sea. This is a waste of working days. I have 12 staff members. The impact on the beach is huge; we have been out of work for four days. It is actually an economic loss. With the pandemic and now an oil spill, I don't know what to do," said Becquer Solis, a resident living close to the sea.

"We're dealing with the oil here. As far as I know, the animals that are in the sea, when they come out of water, they get covered in oil, and they ingest some water when they swim, so those animals are poisoned in the sea," said local fisherman Jorge Ilaria Duque.

"Everything is toxic right now. Look at the oil stains on those stones. It's hard to clean them immediately. It will take years. Everything here is polluted. I am a fisherman and fish here often, and now I can't because there is oil everywhere."

According to the Peruvian Ministry of the Environment, the sea area contaminated by the spill has reached nearly 1.74 million square meters, and the number is likely to grow.

An underwater volcano near Tonga's main island Tongatapu erupted violently last Friday and Saturday, causing severe damage and casualties. The Tongan government announced on Wednesday that the island nation is in a state of emergency from January 16 to February 13.

According to Marian Kupu, a corespondent from CMG, residents lack electricity and drinking water. The United Nations has announced plans to offer assistance to Peru. A UN team of experts will arrive in the coming days to assess the socio-environmental impact of the accident and make recommendations to the Peruvian government on the coordination and management of the emergency response.

Great damage to biodiversity: Peru hit by oil spill due to Tonga volcano and tsunami

Expert: No reliable evidence Tonga eruption can cause Mt Fuji to erupt

(Cover is a screenshot.)